Opel and sister brand Vauxhall are preparing a mid-cycle refresh  for the  Grandland X. The makeover won’t be that subtle up front, because the compact SUV will get Opel’s new ‘Vizor’ face. If it looks familiar, that’s because it debuted on the second generation Mokka, and should be adopted by the company’s future product lineup too.

The new grille, much smaller in size compared to the current Grandland X, will be flanked by slimmer LED headlights with new graphics. The fog lamps will be repositioned in the front bumper, and it appears that the lower central air intake has become a bit smaller. The front section of the hood was reshaped, bringing it in tone with the smaller Crossland and Mokka. 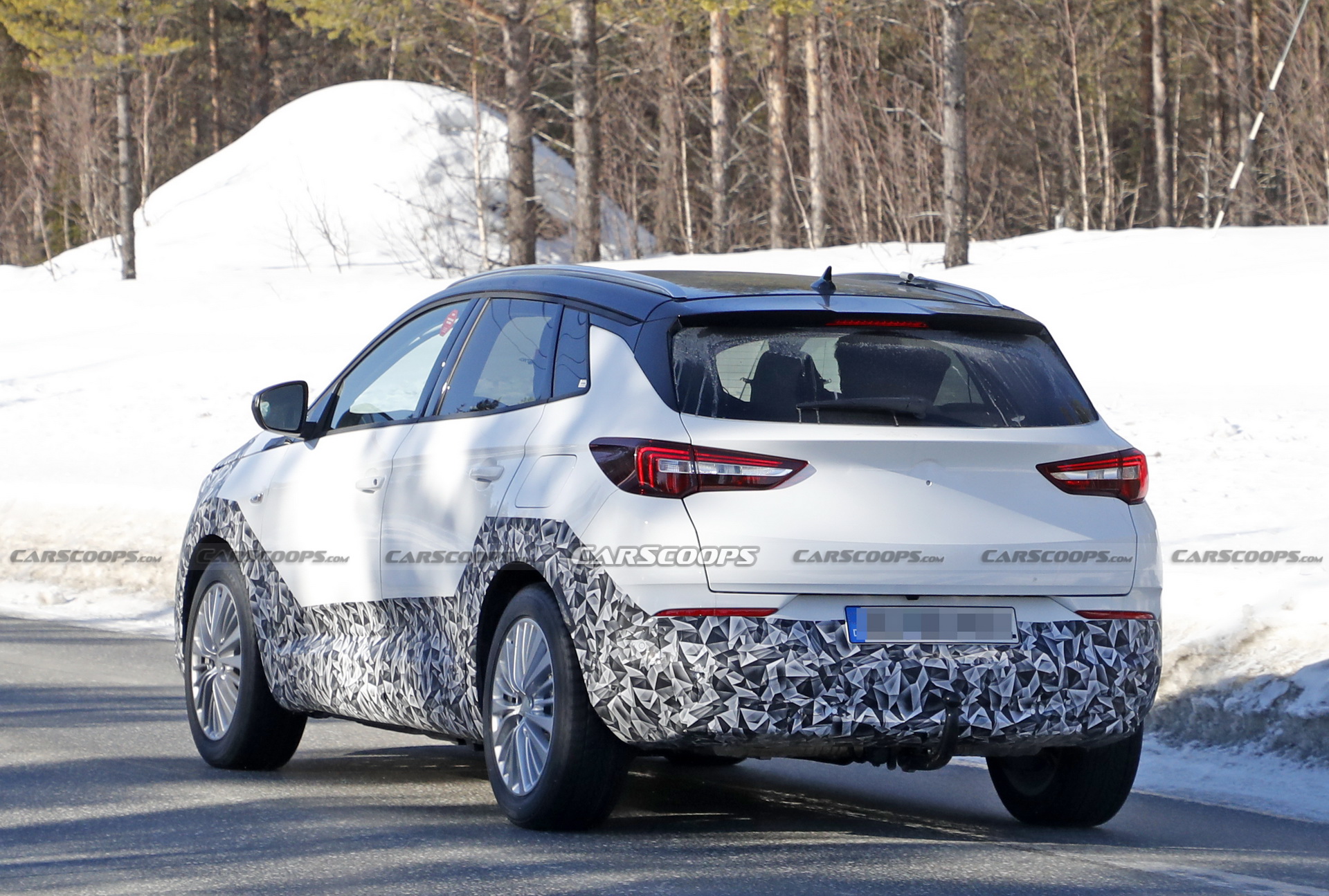 The wheel arches, side skirts and lower parts of the doors were wrapped in camo on the latest prototype, but they do appear to be unchanged. The rear bumper, tailgate and taillights have yet to be modified. The black plastic cladding seems to have been trimmed, as the area surrounding the license plate is now finished in the same shade as the rest of the body.

We wouldn’t expect any major changes in the powertrain family, considering that the Grandland is already available with different engines sourced from PSA. In all likelihood, the lineup will comprise of the usual petrol units, joined perhaps by a few diesel options. Rounding out the offering will be the Hybrid4 PHEV.

On a final note, the facelifted Grandland is believed to drop the ‘X’ from its name, just like its smaller brethren.