This Cobra Super Snake is known as CSX 3015 and was produced to be the greatest Cobra of them all. Interestingly, the car sold for an identical $5.5 million at an auction in 2007, meaning it hasn’t increased in value over the past 14 years.

Read More: Carroll Shelby’s Personal 1966 Cobra Could Turn Out To Be The Most Expensive Ever Sold

Powering the car is a remarkable V8 powertrain supplemented by a pair of Paxton superchargers feeding dual Holley four-barrel carburetors that sits atop a cross-ram intake manifold. This engine pumped out 800 hp back in the day and while some horses will have escaped over the past 55 years, we’ve got little doubt that this thing is an absolute beast to drive, even though its new owner will probably keep it locked away in a collection. 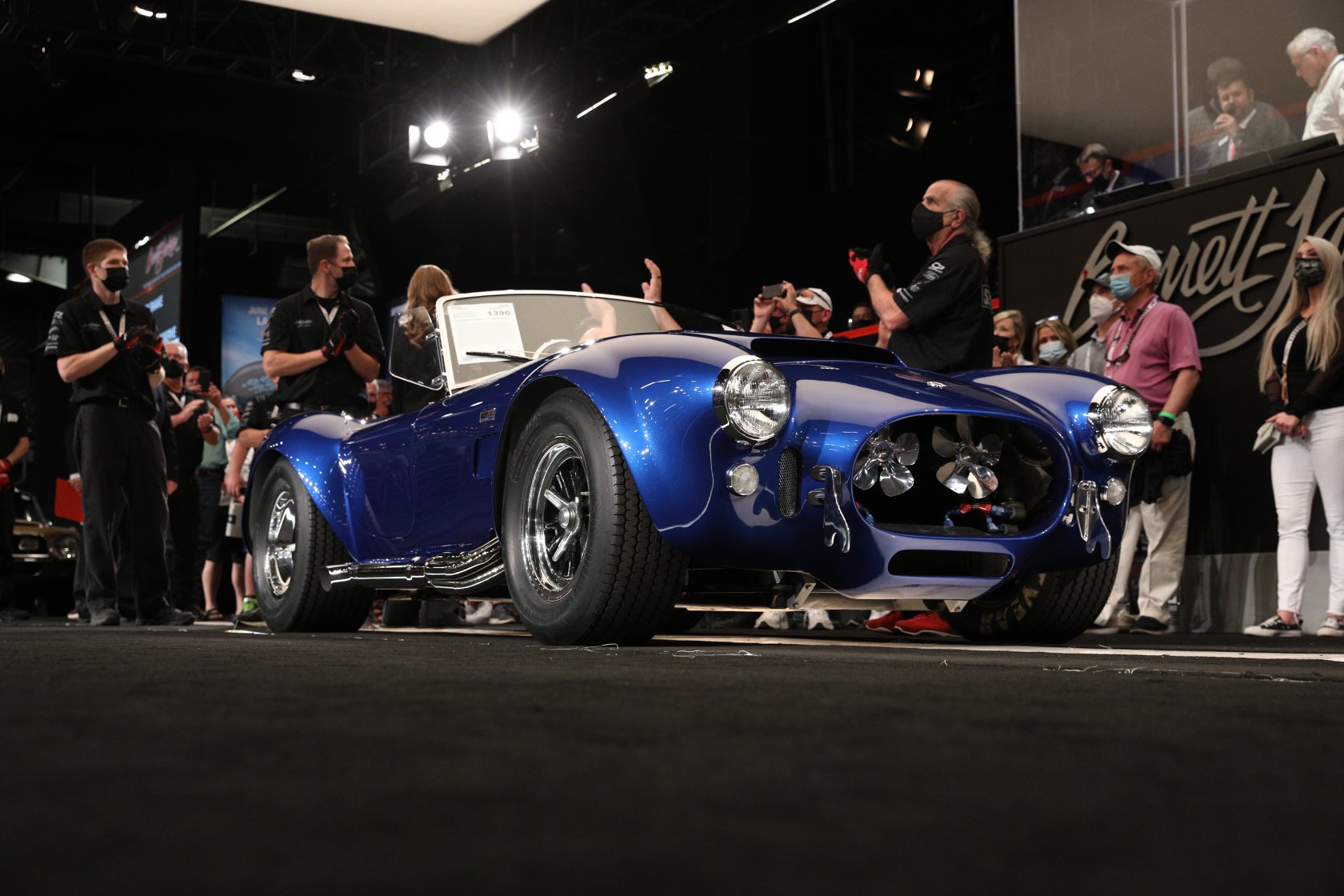 The car was originally produced as a Competition Cobra Roadster and went to Europe as part of a promotional tour. Upon its return to the United States in late 1966, the two superchargers were fitted, turning it into an absolute weapon. It is so fast, in fact, that Carroll Shelby personally drove the car to 190 mph (306 km/h).

After parting ways with the Cobra, Carroll Shelby handed over the keys to singerwriter Jimmy Web who went on to own it for more than two decades before it was seized and auctioned off by the IRS. It is one of just two twin-supercharged Cobras ever built, though the second one, the CSX 3033, was driven off a cliff killing its driver.