Hennessey may build an even more hardcore version of the Venom F5 hypercar with a greater focus towards on-track performance.

During a recent interview with Top Gear, John Hennessey stated that the development of the Venom F5 continues and is occupying many of the tuner’s resources. This isn’t a huge surprise, especially when you consider the fact that the Venom F5 has a twin-turbocharged 6.6-liter V8 engine delivering 1,792 hp and 1,192 lb-ft (1,616 Nm) of torque.

“Right now, we’re focused on the car as it is,” Hennessey told the publication when asked about a hardcore ‘GTR’ version of the F5. “I think right now we’ve got another year’s worth of testing for different records we want to set with the car. We’ll see what the future holds, but I can tell you that the F5 will only ever be internal combustion. There won’t be an electrified version, but at some point I think a high-downforce, GTR-type version would be cool to do.”

Hennessey has lofty ambitions for the Venom F5 and wants to hit a top speed exceeding 311 mph (500 km/h), a figure that would allow it to reclaim the title of the world’s fastest production from the SSC Tuatara. However, it’s not just in a straight-line where Hennessey wants to see the car perform well as it also wants to bring it to the Nurburgring for a hot lap.

“Along the way, we’ll validate a top speed,” Hennessey explained. “I’d love to show the world what 0–500kph looks like in terms of straightline acceleration, but it’s about having a properly well-rounded car. I don’t know if we’ll get there this year, but it’s certainly on the list of things to do. Then the Nordschleife is in our sights. We’re not trying to go out and go five minutes or something crazy like that, but we would like to validate a proper lap under seven minutes with the car.” 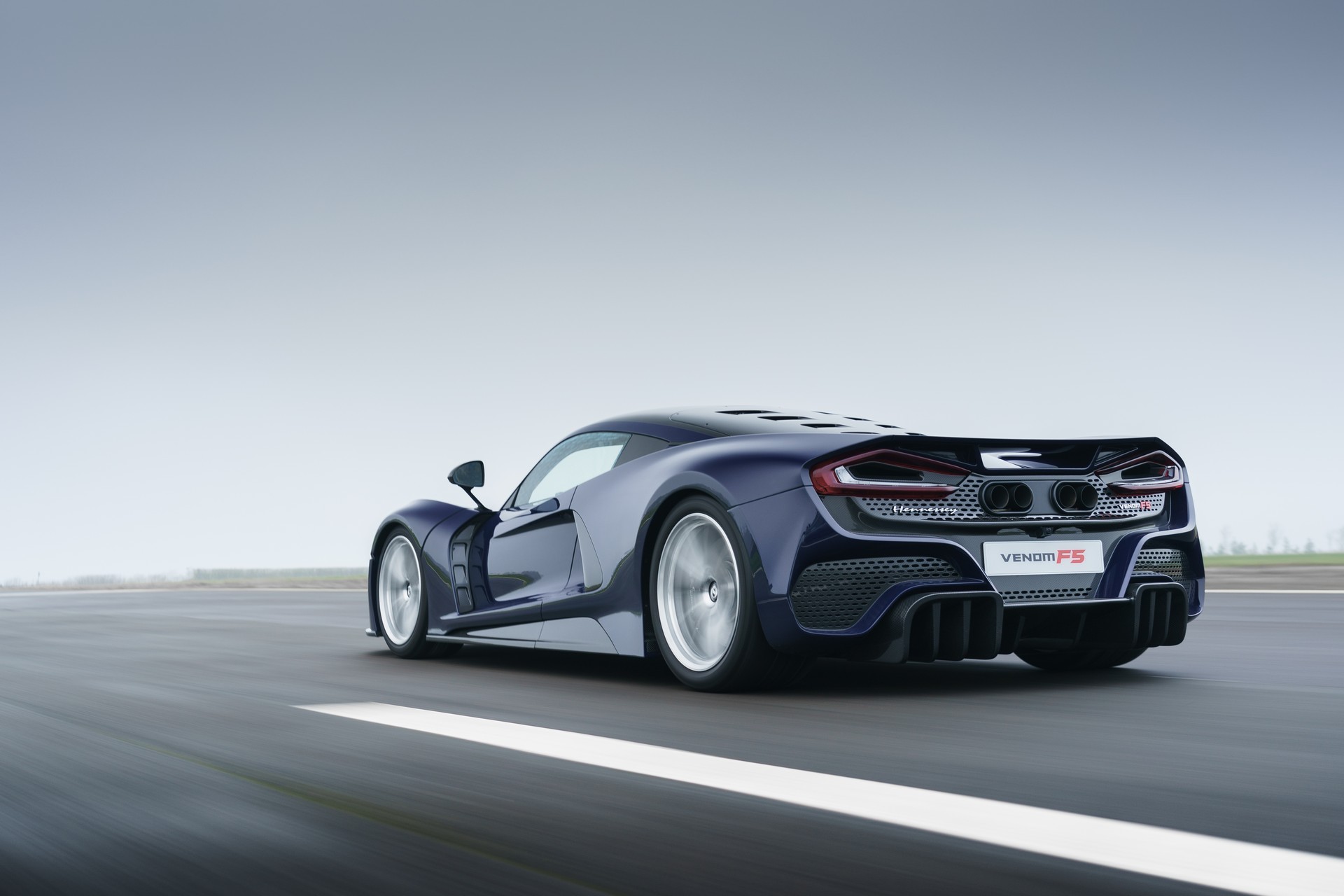