While Mercedes-Benz officially opened up the cockpit of the EQS over the weekend, our spy photographers nabbed a few prototypes testing together in their homeland, with far less camo compared to our previous sightings.

The pre-production cars only had their front and rear ends under wraps, revealing more of that soap-bar shape that makes it the most aerodynamic production model ever, with a Cd coefficient that starts at 0.20, contributing to the reduced cabin noise and further improving the range. 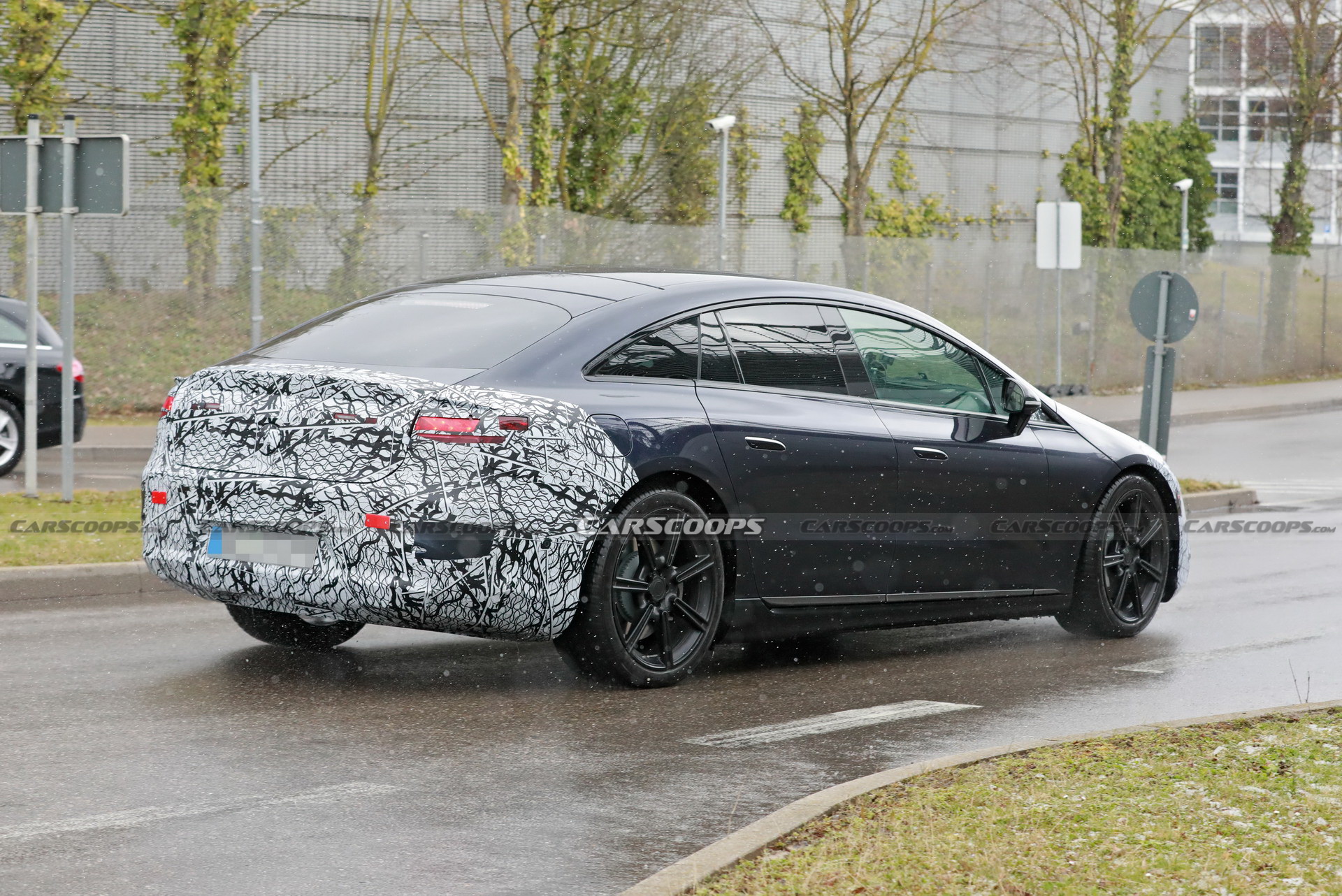 The hood is closed off for owners

In addition to the heavily arched roofline, the 2022 EQS will have a closed-off grille flanked by LED headlights. But that’s not the only thing closed on the EQS. Mercedes has said that the clamshell-style bonnet has been designed to remain off limits off for owners. “There is no mechanism to allow the customer open the bonnet. It can be opened during servicing with special tooling, but it is designed to remain closed,” Steffen Koehl, head of Mercedes-Benz advanced design, told Autocar recently.

The profile looks very clean with no aggressive lines at all other. The rear end continues the simplistic design with a pair of slim taillights.

Inside, as we saw in the first official photos, Mercedes has given the EQS a futuristic looking interior, especially with the optionally available, 56″ wide display that spans from A-pillar to A-pillar, incorporating three screen under a common bonded and scratch-resistant glass cover.  There will also be a more conventional option, similar to what’s offered on the S-Class with a 12.3-inch floating display for the instrument panel and a large, tablet-like screen for the infotainment system on the center console.

Set to debut on April 15, before launching in Europe in August and in North America  later this year, the 2022 EQS will be Mercedes’ flagship electric sedan. It will take on the likes of the Tesla Model S, Porsche Taycan and Audi E-Tron GT, and will be offered with different battery packs, the most powerful of which will have a 108 kWh capacity, allowing it to drive for over 435 miles (700 km) on a single charge in the WLTP cycle, which should translate to over 300 miles on the EPA cycle.