When we last saw the M2 testing, it was on a snow course in frozen Sweden doing a little light drifting. Now, though, it has returned to German sports car stomping grounds: the Nurburgring.

The car appears to be wearing exactly the same camo outfit as we’ve seen it sporting in the past, so there aren’t many new features to talk about apart from its quad tailpipes, fat rear tires, and attractive proportions.

Images previously leaked suggest that hiding under the camo is a more proportional grille than the larger M3 and M4. That car, though, was suspected to be the 2-Series Coupe, not the powerful M2 we see here.

This was more like the standard 3-Series, which may not put people who don’t like the gapping grille minds at ease because the M version of the 3 Series swapped in the huge kindeys. Unfortunately, it’s still too early to know for sure whether BMW will go big or not with the M2. 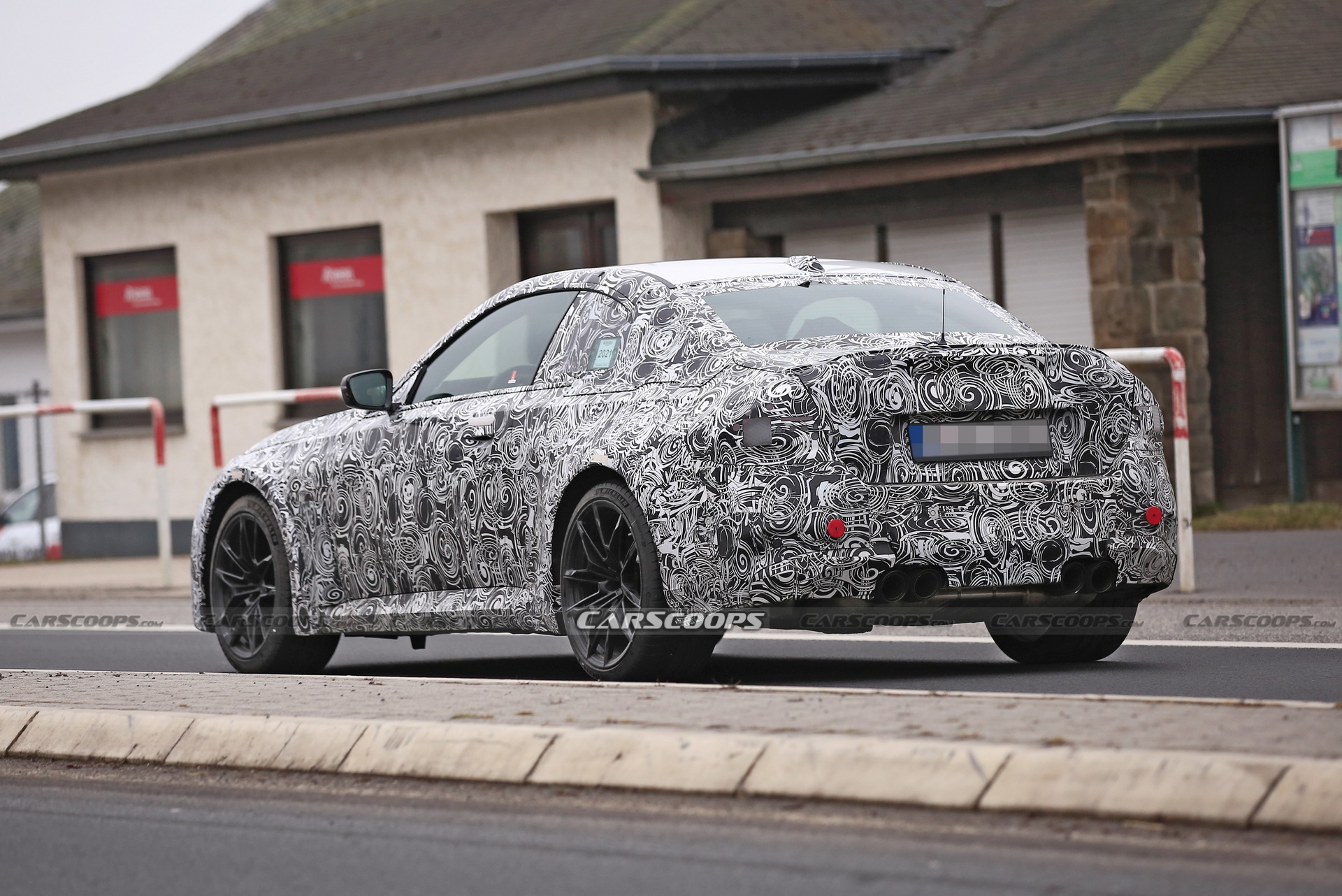 Both the 2-Series Coupe and the M2 will be RWD by default, unlike the FWD-as-standard 2-Series Gran Coupe. The little coupe, though, will reportedly be offered with AWD as well, like the M3.

The M2 pictured here is expected to be powered by a detuned version of the M3 and M4 engine. BMW says the twin-turbo straight-six produces 473 hp in base form and 503 hp in the Competition, though some dyno tests would suggest that’s a conservative estimate.

We were also recently privy to spy pictures of an M2 testing with what appears to be an electric powertrain. Although there’s little information about what’s going on there, it certainly seems like BMW is testing an exciting EV.