Zyrus Engineering has become the latest aftermarket tuner to release a custom bodykit for the Porsche Taycan Turbo S.

When it leaves the factory, the Taycan Turbo S doesn’t look much different than lesser variants. That’s where the Zyrus kit comes in as it adds some aggression to the Turbo S without going over the top like so many aftermarket bodykits often do. That being said, the kit will also be offered for the Taycan Turbo and Taycan 4S models. 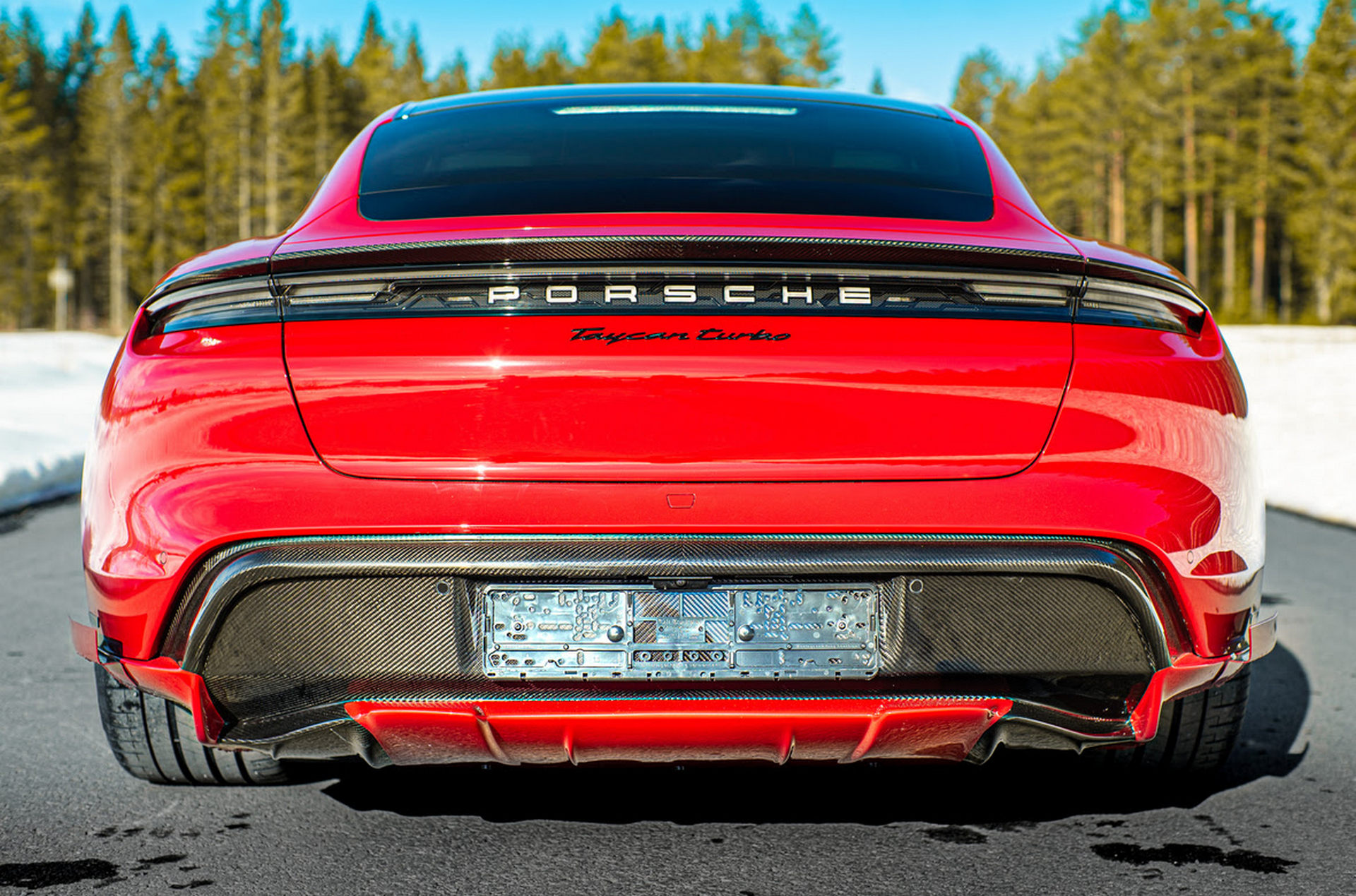 Found up front is a new splitter made from carbon fiber with an exposed carbon section and painted accents. Zyrus has also manufactured carbon fiber side skirts for the Turbo S.

At the rear, there’s a carbon fiber diffuser with a color-matched central section and complete with subtle aerodynamic fins on either side. The Norwegian tuner has also fitted a carbon fiber trunklid spoiler and a carbon fiber section between the taillights.

Zyrus Engineering notes that all of the parts are made from 100 per cent pre-preg carbon fiber that has been handmade in Norway. All the parts fit to the original OEM mounting points and don’t require any cutting or drilling.