After finding $100,000 worth of leather, Ford decided to donate it to local businesses. That donation and the attention it brought are leading to record sales and for both companies.

The leather was found while Ford was cleaning out its product development center. The building is being cleared out to prepare it for demolition to make way for the company’s campus of the future.

The leather is used by development teams to create interiors for prototypes and upcoming vehicles. To do that, the team tries out new colors, shades, and patterns, so it needs a little extra. Over the course of a number of years, it all adds up.

Indeed, the clean-up crew found two pallets worth of leather in colors like Ebony, Cashmere, and King Ranch Red, all of which are being donated to two Detroit businesses.

“This is a unique situation where we are able to donate bundles of real, automotive-grade premium leather to small businesses in Detroit,” said Jim Conner, 3D process director. “We’re excited to see these leather hides that were collecting dust in the basement be put to good use by impactful businesses in the community.” 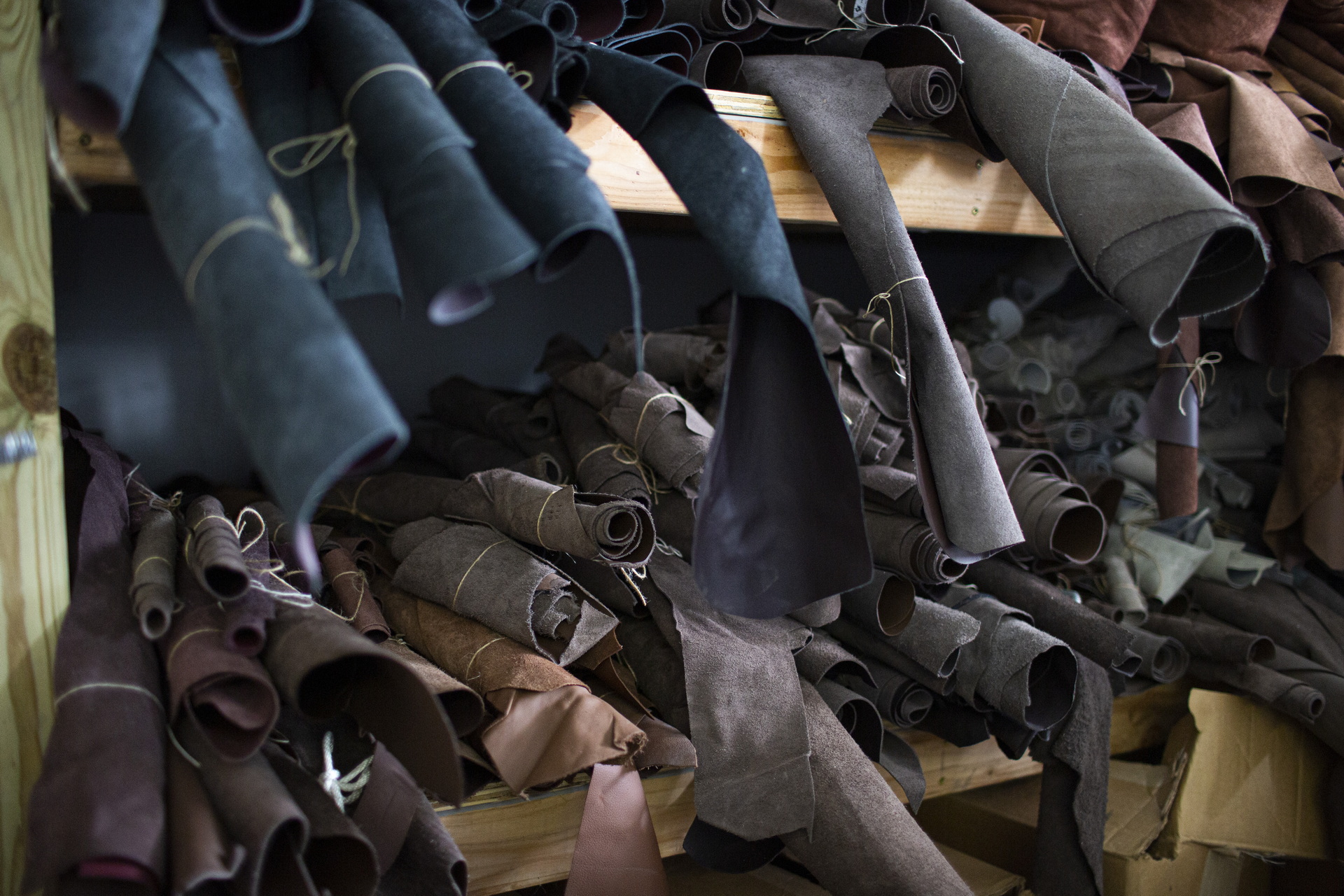 The businesses are Mend on the Move and Pingree Detroit, both of which make a point of hiring vulnerable people to offer them a living wage and to teach them a skilled trade.

Mend on the Move uses recycled auto parts to create jewelry and leather goods. It calls itself a non-profit social enterprise that hires women survivors of abuse in Metro Detroit.

Pingree Detroit, too, was a natural fit because it uses leather reclaimed from the auto industry to make boots, wallets, and coasters. Founded in 2015, the company hires veterans and Detroiters.

The best news of all is that since Ford announced this donation, both businesses have been inundated with orders, according to the Detroit Free Press.

“We have been overwhelmed and oh so grateful for the generosity of supporters who have come forward to purchase our products as a result of the story about the leather donation,” said Joanne Ewald, Mend on the Move founder. “In one day, we had 7,500 visits to our site and $7,000 in sales! It’s so empowering for our survivors to know the community is behind them by purchasing the beautiful creations they make.”

For Pingree Detroit, meanwhile, this couldn’t have come at a better time. Following a period of slow sales, Pingree is now sold out for the rest of 2021 and has to hire new staff.

“We have a waiting list of folks, veterans and Detroiters, who have previously applied for open positions we’ll be reaching out to first,” Jarret Schlaff, Pingree CEO, said. “Then we’ll post a job opening if there are remaining positions to be filled.”