Formula 1 is back this weekend, with the first race taking place at the Bahrain International Circuit on Sunday. To kick off the new season, Alfa Romeo decided to take their C41 race car and Giulia GTAm road car to the track, albeit not in Bahrain.

Team drivers Kimi Räikkönen and Antonio Giovanazzi will be in suits adorned with the GTA and GTAm names respectively this weekend as a tribute to Alfa Romeo’s highest-performance road car to date. The Giulia GTA and GTAm’s powertrain are largely the same as the “normal” Quadrifoglio, just with the addition of an extra 30 hp (30 PS / 22 kW) from increased boost pressure. That might not sound like much of an improvement, but where the real changes lie is in the car’s aerodynamics and handling tweaks.

Räikkönen and Giovanazzi were intimately involved with the GTA and GTAm’s development in those regards, having spent their time with the car at the Balocco Proving Ground. The suspension features all-new springs, shocks, and bushings, and both the front and rear track have been widened by 50 mm. As for the aerodynamics, both the GTA and GTAm feature a new front bumper, side skirts, and extractor, and the GTAm benefits from the addition of a large wing out back.

On the weight reduction front, the GTAm drops 220 lbs (100 kg) from the Quadrifoglio’s 3,806 lb (1,726 kg) curb weight thanks to an extensive use of carbon fiber, Lexan side and rear windows instead of glass, center-lock wheels, and removal of the three rear seats. 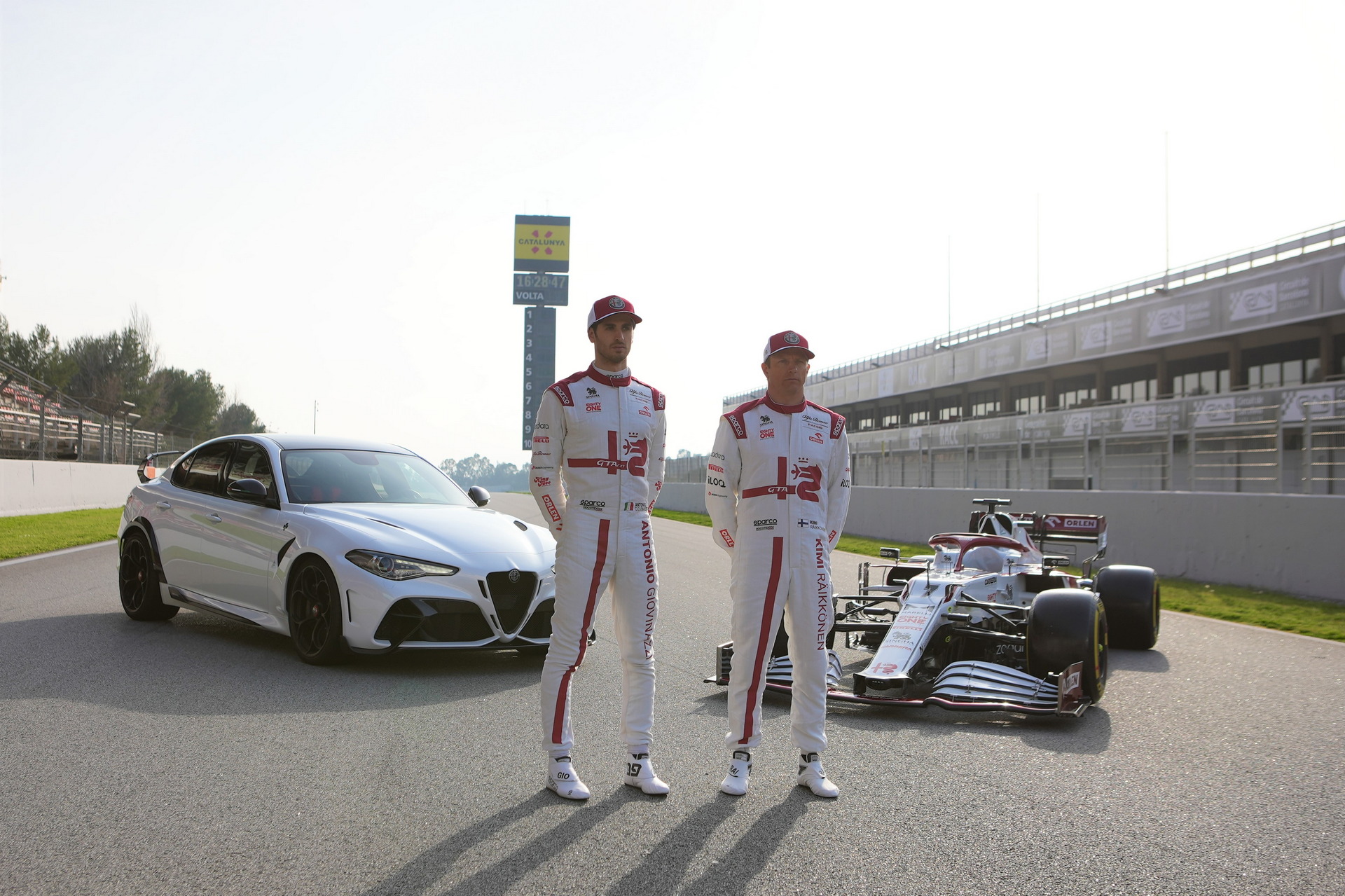 Read More: Here’s Every Car Competing On The 2021 Formula 1 Grid

The GTAm is joined by the C41 race car, which is Alfa Romeo’s challenger for the 2021 Formula 1 season. The car features just mild changes over last year’s contender, as the real shake-up comes with next year’s sporting regulation overhaul. The C41 will of be piloted by none other than Räikkönen and Giovanazzi, who might have a chance of moving higher up the grid thanks to the car’s new Ferrari power unit. Regardless, we’ll be finding out soon enough when the first round of the 2021 Formula 1 season kicks off this weekend.