Some people just don’t know when to stop. Take the original owner of this incredible Gemballa GTR 600, for instance. He bought a brand new 993 Turbo in 1996 and over the course of three years in the late 1990s commissioned the legendary Germany tuning house to turn it into something close to a road-going Le Mans car.

Before his tragic murder in 2010, Uwe Gemballa was responsible for some of the most outrageous looking Porsches on the planet, including the original 911 Turbo-based Avlanche and the Carrera GT Mirage.

And in 1997, having enjoyed his X50 Power Kit-optioned 993 Turbo for a year, this car’s owner decided he wanted Uwe to wave his wand over it.

If the styling of the finished car is eye watering, so are the numbers involved in getting it to look that way. They start with a €56,375 ($67,000) bill to convert it to Gemballa’s Biturbo 570 spec, including uprated brakes, suspension and mild aero tweaks, plus a power boost from 430 hp to 562 hp.

Related: Gemballa’s 1986 Avalanche Porsche 911 Is The Automotive Equivalent Of A Human Ken Doll 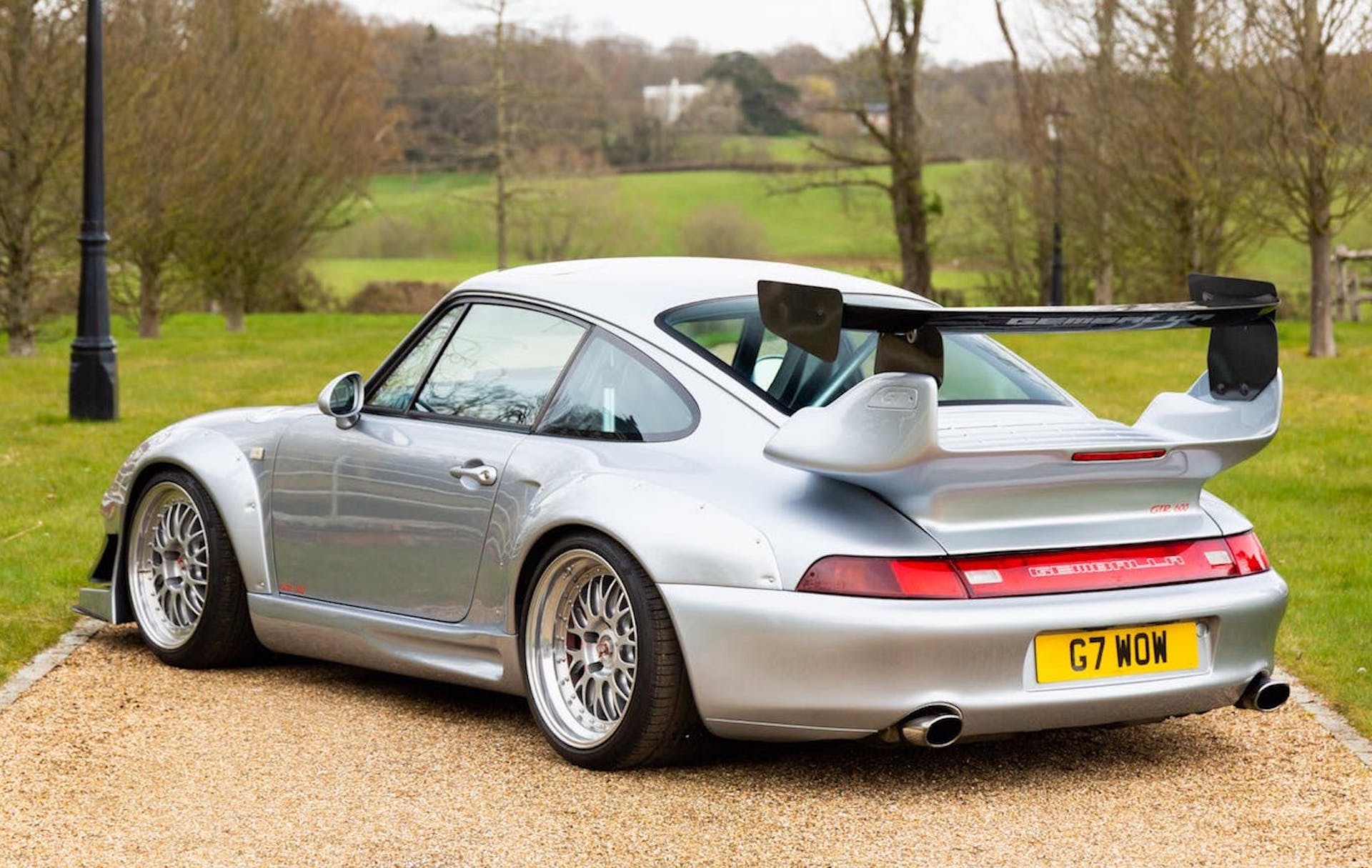 Then, another 12 months later, things got really crazy. The car went back to Gemballa for a GTR 600 upgrade, where it gained the wild GT2 Kevlar arches, Le Mans Biturbo headlights, honeycomb doors and a GT2 Evo rear wing.

At the same time the suspension was upgraded to H&R double springs with GT2 rear axle mounts, and the brake rotors grew to 380mm at the front and 345mm at the back, each clamped by Brembo callipers.

We’re not sure how much he lost when he sold it in 2002, 17,000 miles later, but it was probably a terrifying amount. Since then the car’s changed hands a couple of times, but has still only covered 31,000 miles, and is now up for auction on the Collecting Cars website.

It won’t be everyone’s cup of Jagermeister, but if you want to stand out from the sea of other Porsches at your next club meet, the auction ends next Tuesday at 19.25 GMT.