Kia showed us what the K8 would look like in February but has only now officially revealed what it’s putting under the hood.

The Cadenza/K7 successor that will not be sold in North America or Europe will be powered by a 3.5-liter V6 engine making 295 hp (300PS) in top spec. Naturally, it will be only one of a number of engine options and will be joined by a 2.5-liter inline-four making 195 hp. The K8 will also get a 3.5-liter LPI (Liquid Propane Injection) engine that makes 236 hp (240PS). Later in the year, Kia will introduce a base 1.6-liter turbocharged four.

Power will be routed via an 8-speed automatic transmission that Kia says improves the V6 engines’ fuel economy by up to 6%. Unlike other premium sedans that sometimes go the double-clutch route for performance, Kia is doubling up on torque converters. That, says the company, makes acceleration smoother and reduces “shift shock,” making for a nicer ride. It’s also partially responsible for those efficiency gains.

One of the biggest advantages of the new car over its predecessors will be the addition of driven wheels. Exclusively available for the 295hp 3.5L V6 gasoline model, will be a front-wheel-based AWD system. As standard, it will be front-wheel-drive, though.

The K8 will also be available with electronic suspension adjustments to make it more comfortable or more sporty depending on your mood. But the focus seems to be on comfort.

To make it quieter, Kia has increased the gear ratio, added sound deadening, and has added a third layer of sealing material between the door and the body to really make the interior vault-like.

Also Read: Take A Look At The Interior Of The All-New Kia K8

To really keep you comfortable the interior of the K8 will even come with a “Comfort Stretch mode.” This uses airbags within the seat to give you a “stretch.” It’s a bit of a gimmick, but it’s a fun one. And it’s offered in addition to heated and ventilated seat functions. 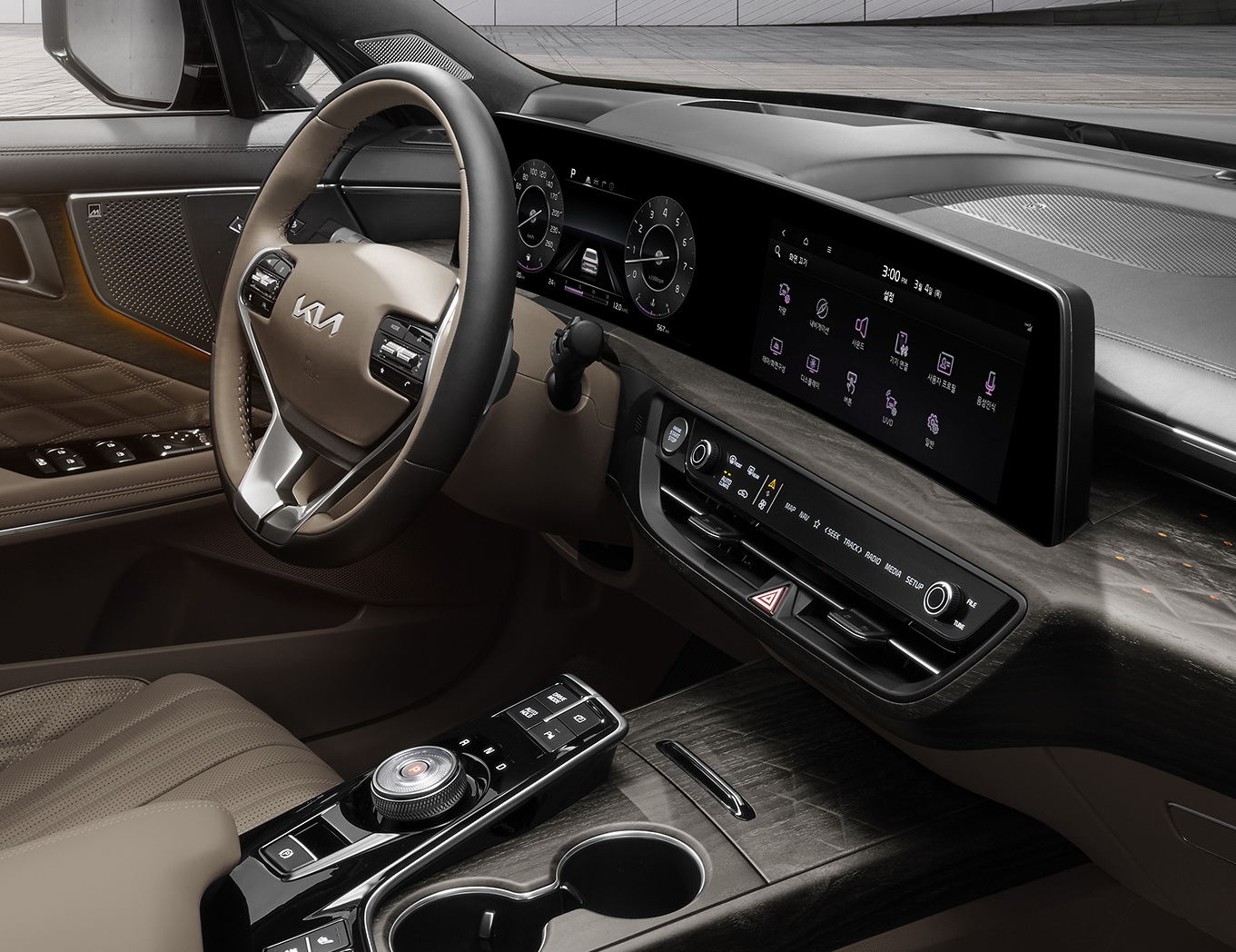 It will also come with an air filter that actually monitors air quality in the car. The system also helps keep the HVAC system cleaner, meaning the car will smell better for longer.

As for tech, the K8 gets a 12.3-inch infotainment screen and a 12.3-inch instrument screen. It even gets a 12-inch heads up display that can project information about speed, driver-assistance systems, and traffic signs on the windshield.

You’ll be able to control many of the cabin’s controls with voice commands. If you’re a bigger fan of listening than speaking, you’ll be treated to a 14-speaker sound system from Meridian.

And no premium sedan would be complete without some advanced driver aids. These include highway driving assistance, forward collision avoidance, smart cruise control, and remote parking assistance. These will help steer the K8 and maintain a distance from surrounding cars in many cases.

The Kia is accepting pre-orders in Korea as of today. As we reported when it launched, the K8 will not be sold in the North American market.