The new VW Golf R appears to be pretty similar to its predecessor on paper, at least until you start digging a little bit more into its oily bits.

The most powerful VW Golf in the range still has a 2.0-liter turbocharged four-cylinder engine with over 300 HP sent to all four wheels via a dual-clutch transmission -sadly there’s no longer a manual option- but the big difference here is the all-wheel-drive system itself. 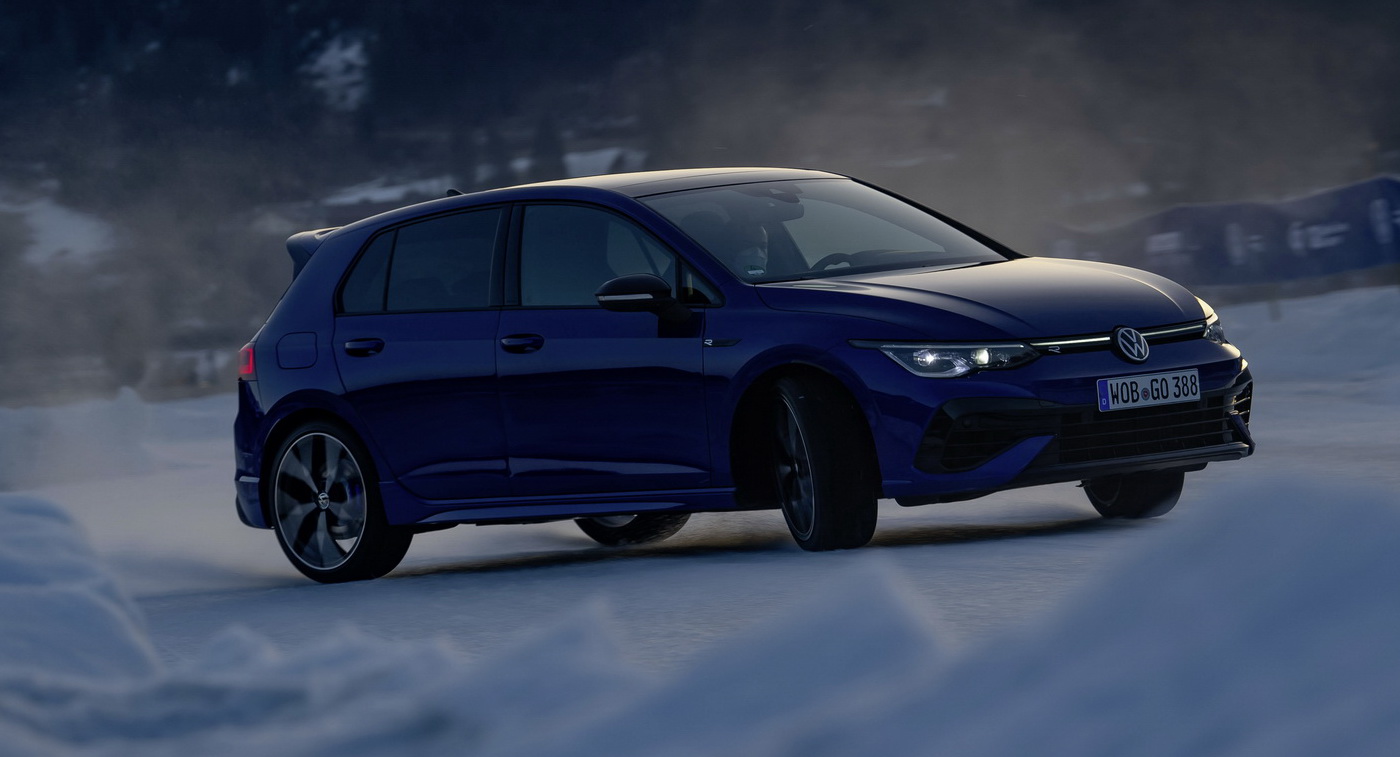 While the system is still named 4Motion, the Golf R’s all-wheel-drive system is not your familiar Haldex unit; VW replaced that with a rear-drive unit that features two clutches, giving the new Golf R for the first time torque vectoring. This makes it significantly more agile, as the system is now able to control more precisely the torque between the two rear wheels, in addition to distributing the power between axles. It’s a similar system to that in the last Ford Focus RS but unlike the Ford, the new Golf R locks its greatest party trick behind an option, at least in Europe.

European customers must get the optional R Performance Package in order to enjoy the much advertised ‘Drift’ mode of the new VW Golf R. In that mode, the torque vectoring system sends 100 percent of the rear torque to the outside wheel for some sweet all-wheel-drive drifts. The torque split between axles can go as far as 50:50 at all times.

The package also lifts the top speed up to 167 mph (270 km/h), adds a bigger roof spoiler and a set of 19-inch Estoril alloy wheels, as well as a special ‘Nurburgring’ driving mode, which slackens off the adaptive dampers and optimizes the torque vectoring system for the track’s cornering profile.

We still don’t know if VW is going to offer the track-only ‘Drift’ feature as an option to US customers when the Golf R arrives on our shores late this year but we sure hope they won’t make the same mistake as their European counterpart. After all, this is one of the signature features of the new VW Golf R.