Triumph and Williams Advanced Engineering have unveiled the first sketches of their Project TE-1 prototype.

Designed to be the ultimate electric motorcycle, the TE-1 has a sporty and rather conventional design. However, when viewed from the side, it’s clear the engine has been replaced by a battery and an electric motor.

Speaking of them, Williams said the battery is specially balanced and has been incorporated into the chassis taking the center of gravity and space into consideration. Furthermore, a unique vehicle control unit is integrated into the battery pack and this helps to optimize packaging as well as reduce weight.

Also Read: Harley-Davidson Plugs Into The Future With The Electric LiveWire 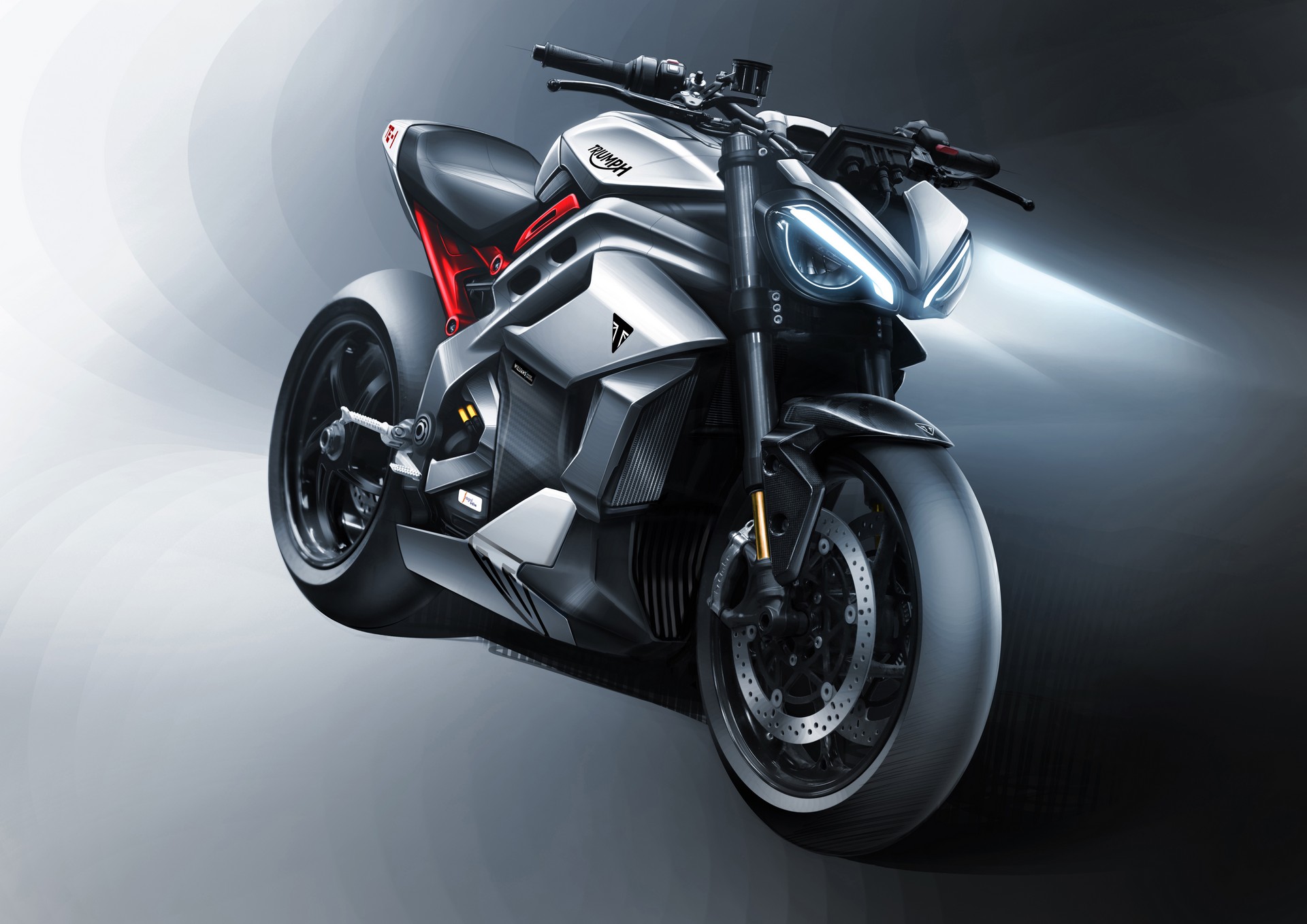 The companies aren’t ready to go into specifics, but the prototype has a 360 volt electrical system that will allow for a “market leading target range” as well as a fast-charging capability. In regards to the latter, the bike will be able to go from a 0-80% charge in less than 20 minutes.

The battery powers a specially developed electric motor from Integral Powertrain, which is “significantly more compact and lighter than anything currently available on the market.” Despite only weighing 22 lbs (10 kg), it produces 174 hp (130 kW / 178 PS).

The motor isn’t the only thing unique about the bike as it uses a prototype chassis, which has a main and rear frame that have been optimized for the electric powertrain. While it will continue to be refined as the project progresses, Triumph said they’re working to ensure the bike has an intuitive throttle response as well as natural feeling regenerative braking.

The project kicked off in 2019 and Triumph CEO Nick Bloor said it will “provide one of the foundations for our future electric motorcycle strategy, which is ultimately focused on delivering what riders want from their Triumph; the perfect balance of performance, handling and real world usability, with genuine Triumph character.”