Bentley claims its new Continental GT Speed is a more than just speedy in a straight line. The latest high performance version of the already rapid GT coupe comes with four-wheel steering and an electronically controlled rear differential to make sure the 5,000lb monster can do corners, too.

That wasn’t always the case with the old car. Sure, it was great to push through fast open bends, but throw in some tighter curves and it was all too easy to overwhelm the front tires. But Bentley is so confident in the difference the new hardware makes, it’s calling the Speed ‘the most capable, performance-focused Bentley ever.’

Let’s deal with the Speed bit first. The 6.0-liter twin-turbocharged W12 gets a mild upgrade from 626 hp to 640 hp, while torque stays the same at 664 lb ft. The top speed climbs 1mph to 208mph and the zero to 60mph time is now 3.5 seconds, down from 3.6 seconds in the standard W12 Conti GT. But Bentley has done plenty of work to ensure the difference feels bigger.

Switch to Sport mode and the eight speed dual-clutch transmission changes down sooner and hangs on to gears longer. And when it does maker a shift, it switches ratios in half the time the stock car needs. 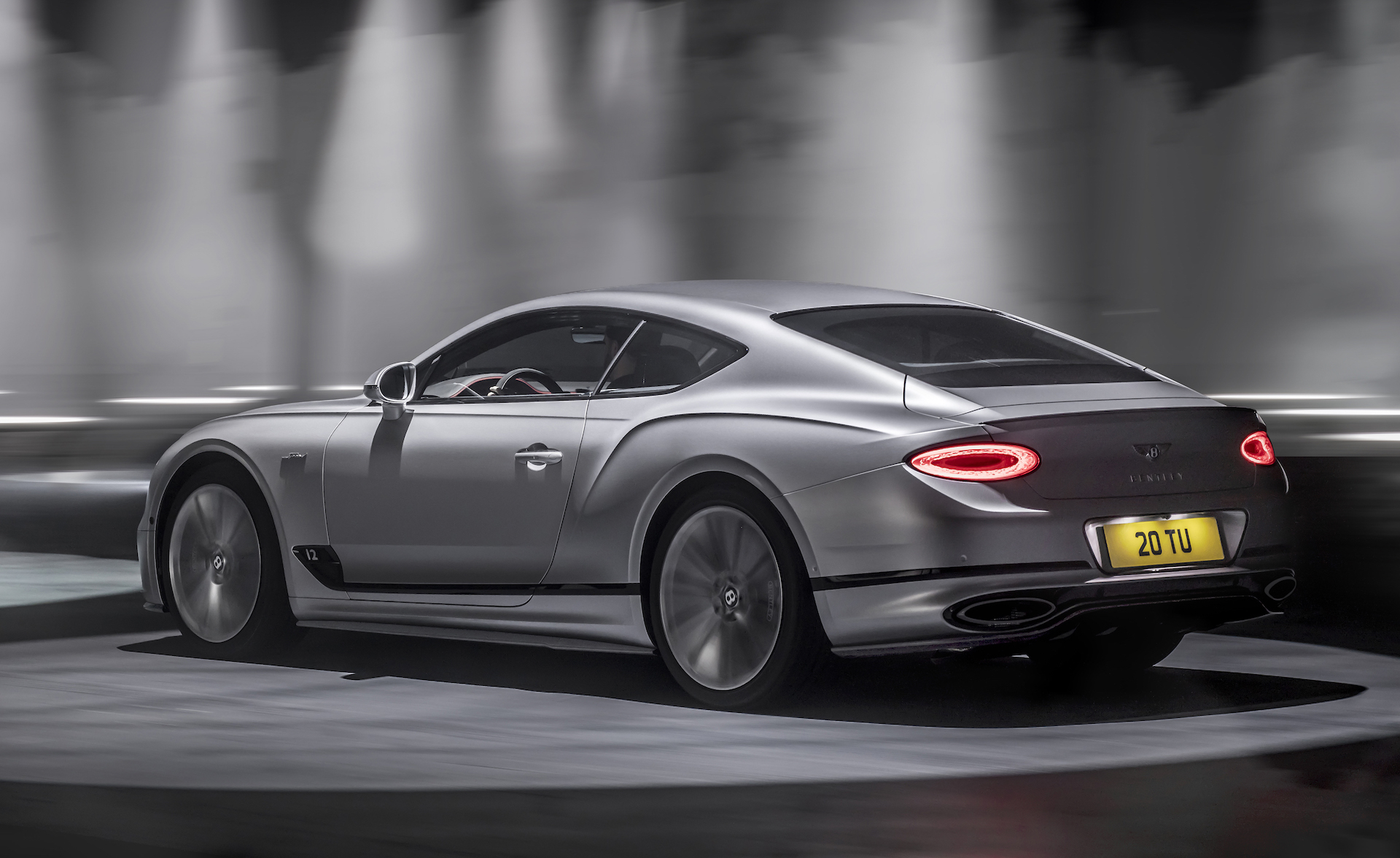 Stopping that fun is down to a new set of carbon ceramic brake rotors that save 77lb (35kg) of unsprung mass, and are clamped by callipers with an incredible 10 pistons. But then we are talking about a 5000 lb +car.

The big news, though, is the rear steering and e-diff combo. Four-wheel steering is nothing new, and even Bentley already uses it on the Flying Spur to make the luxury sedan feel more manoeuvrable around town. Here it’s employed to help the Speed feel more agile on tight, twisty roads by turning the rear wheels the opposite way to the fronts. And at higher speeds all four wheels turn the same direction to improve stability. 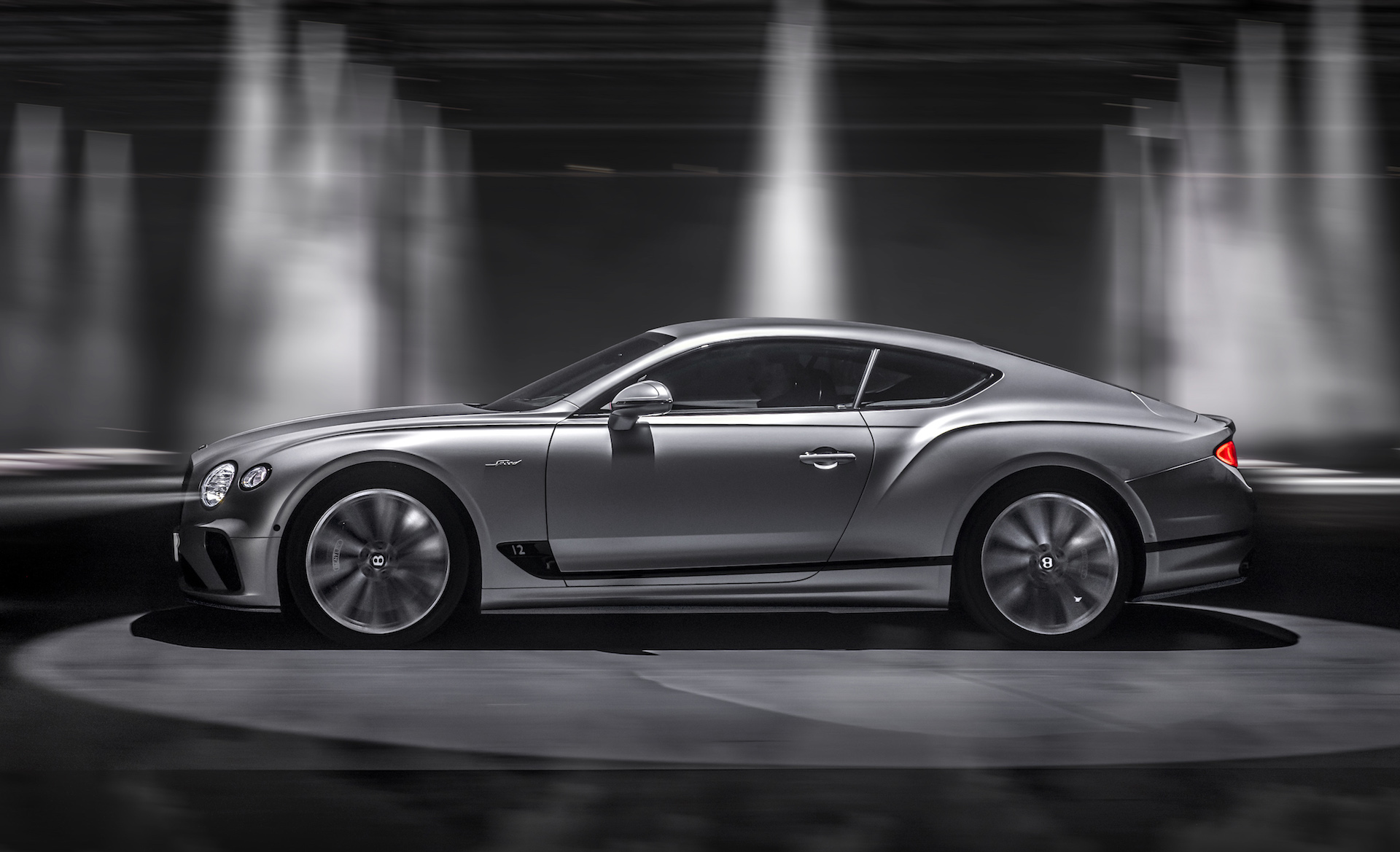 Bentley says the system is ‘significantly more active’ than on the Spur sedan, which also does without the Speed’s new e-differential. The new diff hardware is claimed to improve turn-in, and, with the ESC switched out, allow the driver to ‘balance throttle and steering to deliver effortless, progressive yaw angles.’ That’s an Englishman’s way of saying it does big skids.

The visual clues to all this extra dynamism are pretty discrete. There’s a darker radiator grille and bumper grille, subtly re-profiled sills, a Speed badge on each fender, and a set of 22-inch wheels in bright or dark finishes. 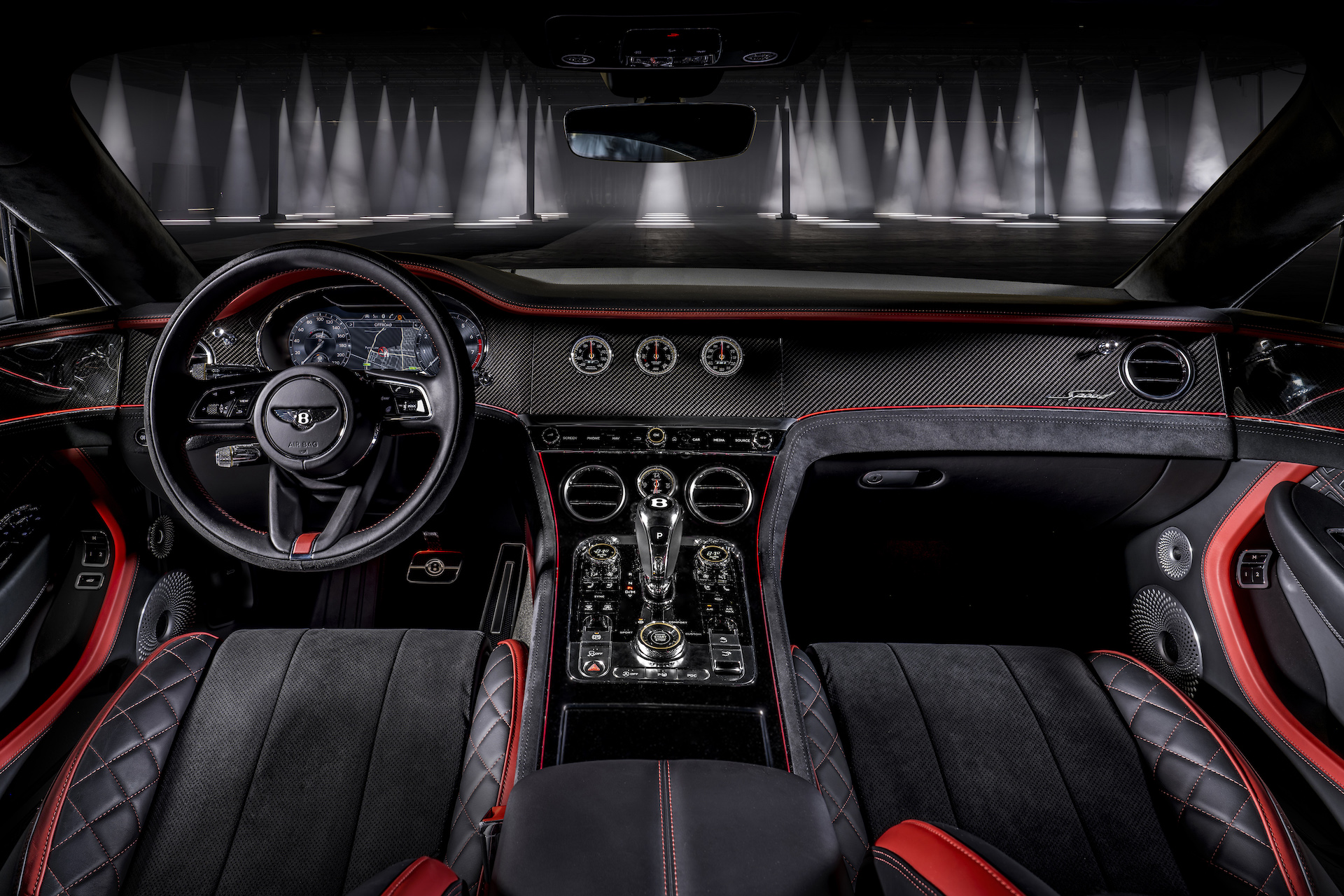 Inside, you get diamond quilted leather, duotone hide and Alcantara, more Speed motifs and the option of a new dark-tint engine turned aluminium finish for the console to help you justify the $274,900 price to yourself even when you’re parked up and can’t feel the trick new hardware in action.

That represents a significant $50k markup on the regular Conti GT for a minimal advantage in straight-line speed (UK prices are still TBC, BTW). But if you like both Bentleys and corners, and would like to enjoy them together, it sounds like money well spent.