An extremely valuable 1967 Chevrolet Corvette has been auctioned off for a cool $2.45 million.

Making this Corvette special is the fact that it was one of just 20 units built in 1967 with the optional L88 upgrade package. This package added a huge 427 cubic-inch L88 V8 engine with a reinforced cast-iron block, a Tuftrided forged steel crank and connecting rods, and 12.5:1 forged aluminum pistons. The V8 also featured a solid-lifter camshaft, high-flow aluminum heads, a 4-barrel carburetor, and an aluminum intake manifold.

Watch Also: 1963 Corvette Sting Ray Coupe Is A Beloved Classic, And Rightly So

The official word from Chevrolet was that this engine produced 430 hp but when running on 103-octane fuel, it actually delivered 560 hp and 500 lb-ft of torque. Other upgrades enjoyed by L88 models included unique suspension, heavy-duty disc brakes, an M22 Rock Crusher four-speed manual transmission driving the rear wheels, and a heavy-duty cross-flow aluminum radiator. 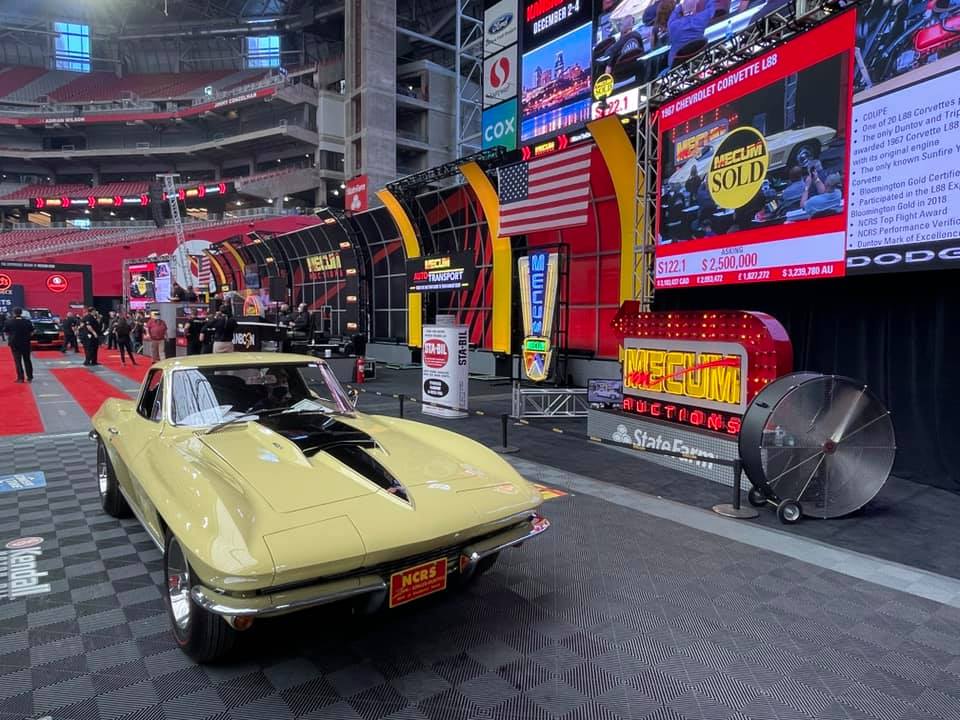 This particular example from Mecum is the only Corvette L88 model painted in Sunfire Yellow and has undergone a 10-year restoration. The car has gone on to win several awards, including the NCRS Top Flight Award, Duntov Mark of Excellence Award, and at the 2018 Muscle Car and Corvette Nationals, won the Concours Gold, the Celebrity Pick Award, and Triple Diamond Certification. Just 348 miles have been covered in the car since its restoration.

A previous Chevrolet Corvette L88 sold at an auction for $3.85 million in 2014 while a Convertible variant sold for $3.42 million a year earlier.