MG teased the Cyberster last year and now the company has released new pictures of the upcoming concept.

While the sketches aren’t very revealing, they show the Cyberster will have a futuristic interior with a freestanding digital instrument cluster that appears to incorporate displays for digital side mirrors.

We can also see a W-shaped steering wheel with video game-like controls. Elsewhere, there’s a flying buttress which separates the driver from the passenger and is topped with an apparent touchscreen. 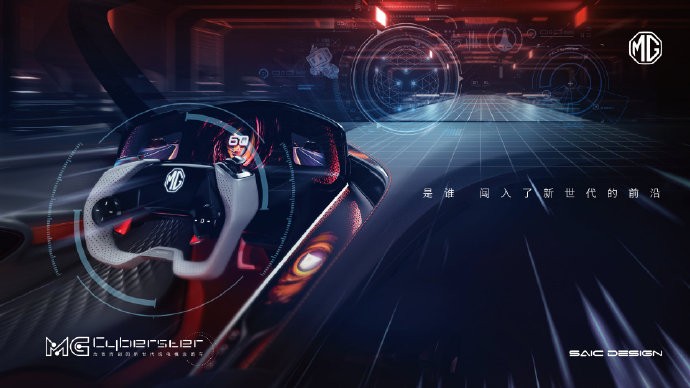 The remaining pictures show the exterior and they give us a better look at the car’s sporty front end which features minimalist headlights and a distinctive splitter. We can also see a rear cover with roll bar hoops featuring jet engine-like accents.

MG didn’t say much about the Cyberster but, in a Weibo post, they said the concept was designed to appeal to Generation Z. As part of this effort, they teamed up with the Bilibili esports team to create the “new playmate.” The rest of the post translates poorly but, according to Google Translate, MG described the model as a “pure-electric supercar” with “violent aesthetics.”

Putting aside the questionable description, Autocar is reporting the concept will be introduced on March 31st and have a range of 500 miles (805 km). Of course, given the esports connection and Cyberster name, this could simply be a digital creation.