The new 2021 M3 is finally here and that means that the comparison tests are rolling in. One of the biggest grudge matches it will have to settle is against its rival from Audi.

CarWow has taken it upon itself to host the latest slugfest, pitting the BMW against the RS4 Avant. Being in the UK, though, it’s not exactly like for like, because the no-longer-Europeans don’t get the standard M3. Instead, unlike other markets, BMW is only offering the more powerful, 503 hp M3 Competition.

The M3’s time is, of course, still more than respectable and it impresses host Mat Watson because the experience of getting to 60 is better than it had been with previous M3s. Older models had a tendency to dump all their power off the line, spinning up the rear tires, and slowing you down. This new one, he says, feeds the power in better. 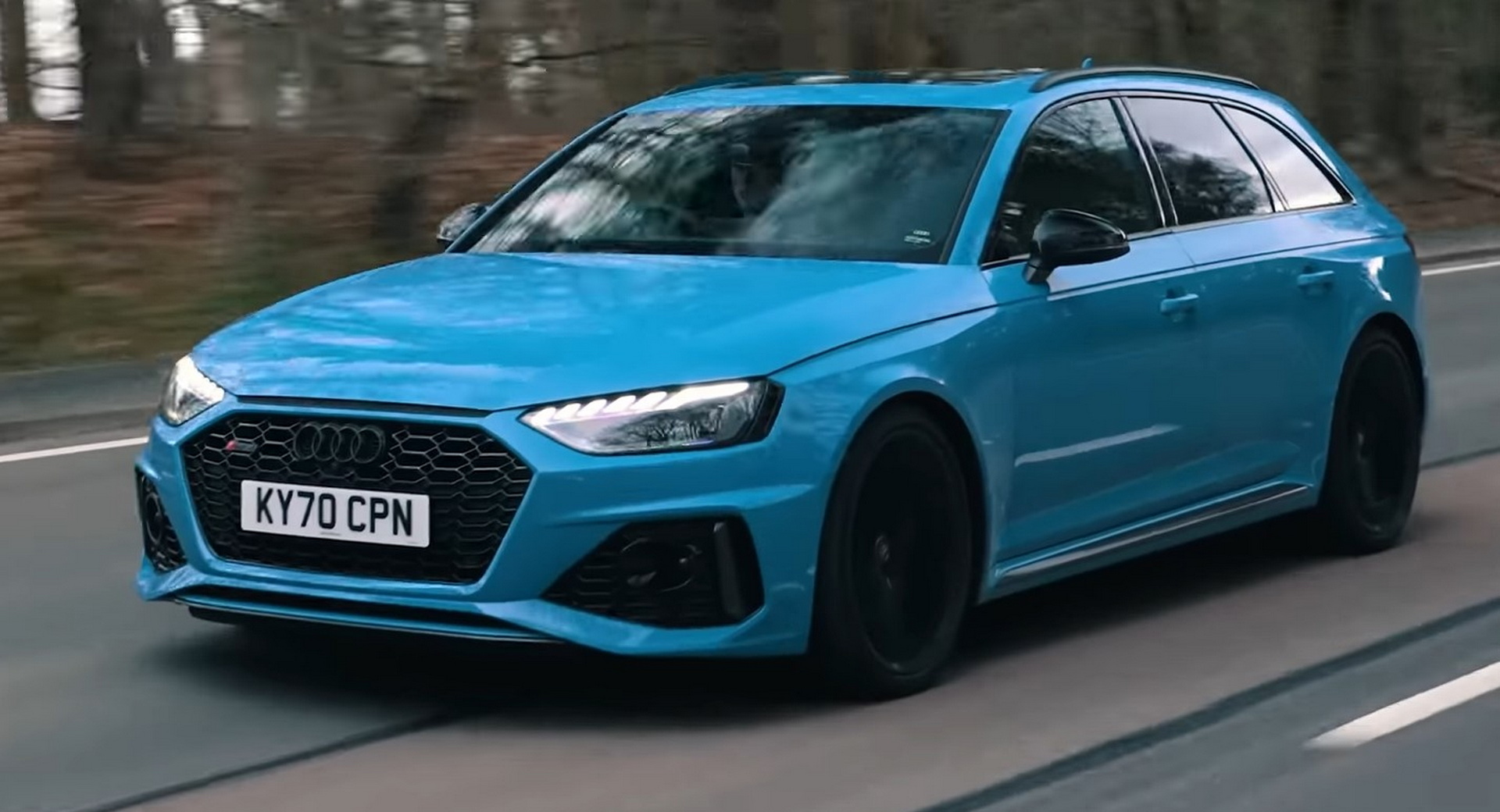 Case in point, by the time they’re crossing the quarter-mile mark, the BMW is actually ahead of the Audi. The M3 completes the drag in 11.6 seconds while the RS4 Avant is oh-so-close with a time of 11.7 seconds.

Naturally, there’s more to these cars than straight-line performance. And although Watson argues that the RS4 Avant really is a fun car to drive, you can tell from the pitch of his voice that he’s defending its capabilities against a car that’s even more enjoyable when you’re behind the wheel.

Indeed, the M3 is more special. More punchy and responsive than the Audi, it never wants you to forget that you’re in an M car. The RWD system means that drifts are better, the new throttle mapping means that It feels more controllable, and finer accouterments mean that the M3 always feels unique.

That does speak to the RS4 Avant’s strengths, though. “It’s quiet, it’s serene, it’s relaxing, it’s easy. That’s one of the great appeals of this car for me,” says Watson. “It doesn’t feel like it’s constantly prodding you to go quick.”

Ultimately, the M3 is the better track car and the RS4 Avant is the more livable one. Which you’ll prefer, then, comes down to what you’re looking for.