The F8x BMW M4 is such an excellent sports car out of the box that it really doesn’t need to be modified. However, that hasn’t stopped the owner of one particular example in California from making some rather questionable alterations to the car.

For some reason, the owner thought it would be a good idea to apply cheap-looking red pinstriping across the exterior, and while it certainly makes the M4 stand out, we’re not sure it improves its looks. The red pinstripes extend across the front and rear bumpers, the hood, doors, and the pillars.

Read Also: We Drove The 2021 BMW M4 Competition – Here’s Why It’s Great – And How It Could Be Better 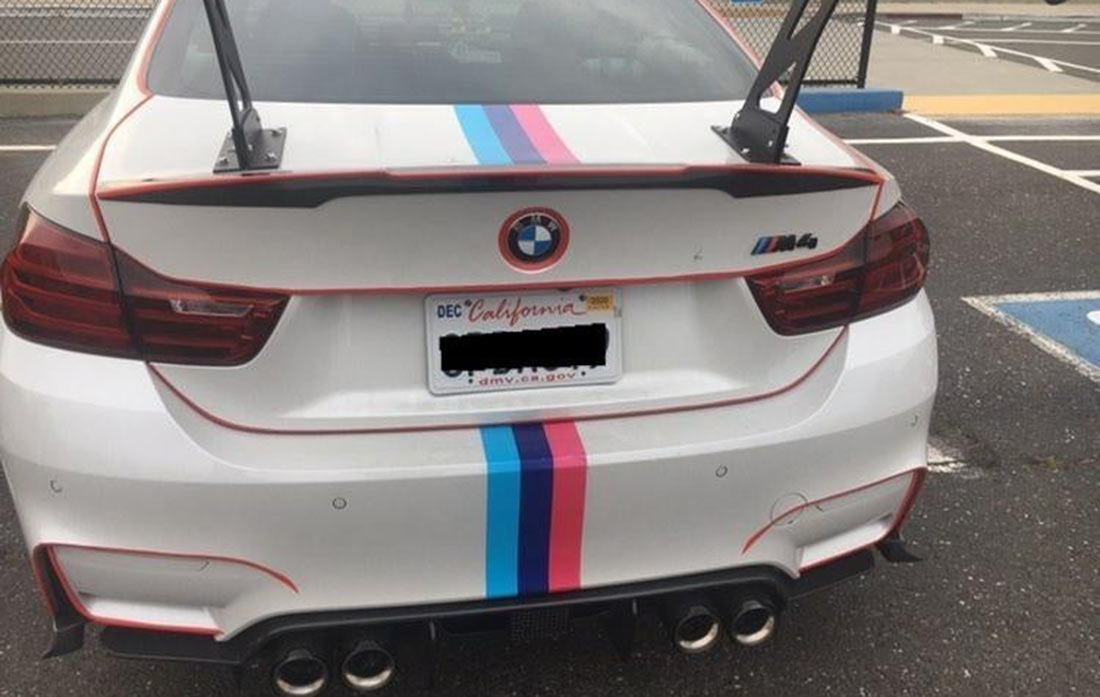 Images posted to Reddit show that the headlights of the BMW have also been tweaked and now feature a motorsport-inspired yellow tint. Further modifications made to the front of the M4 include an aftermarket splitter and a sticker bomb made up of various company logos, including those from DC Shoes, Nike, Facebook, and MTV. The car’s owner clearly has quite an affinity for the logos of big companies and has also slapped a Supreme sticker onto the gas cap.

Then we get to the most outlandish alteration made, the massive rear wing. The M4 looks just about perfect with its OEM lip spoiler and this wing doesn’t do the car any justice. The owner has also applied racing stripes in the BMW M colors over the trunklid and rear bumper.