There were 264 Charger models like this with an automatic transmission built in 1968, and this one is the only known example produced in Dark Blue Metallic. The Mecum Auctions listing states that it underwent a cosmetic refresh in 1992 but doesn’t mention what this entailed.

Read Also: 2021 Dodge Charger Gets A Pot Of Gold In Time For St. Patrick’s Day 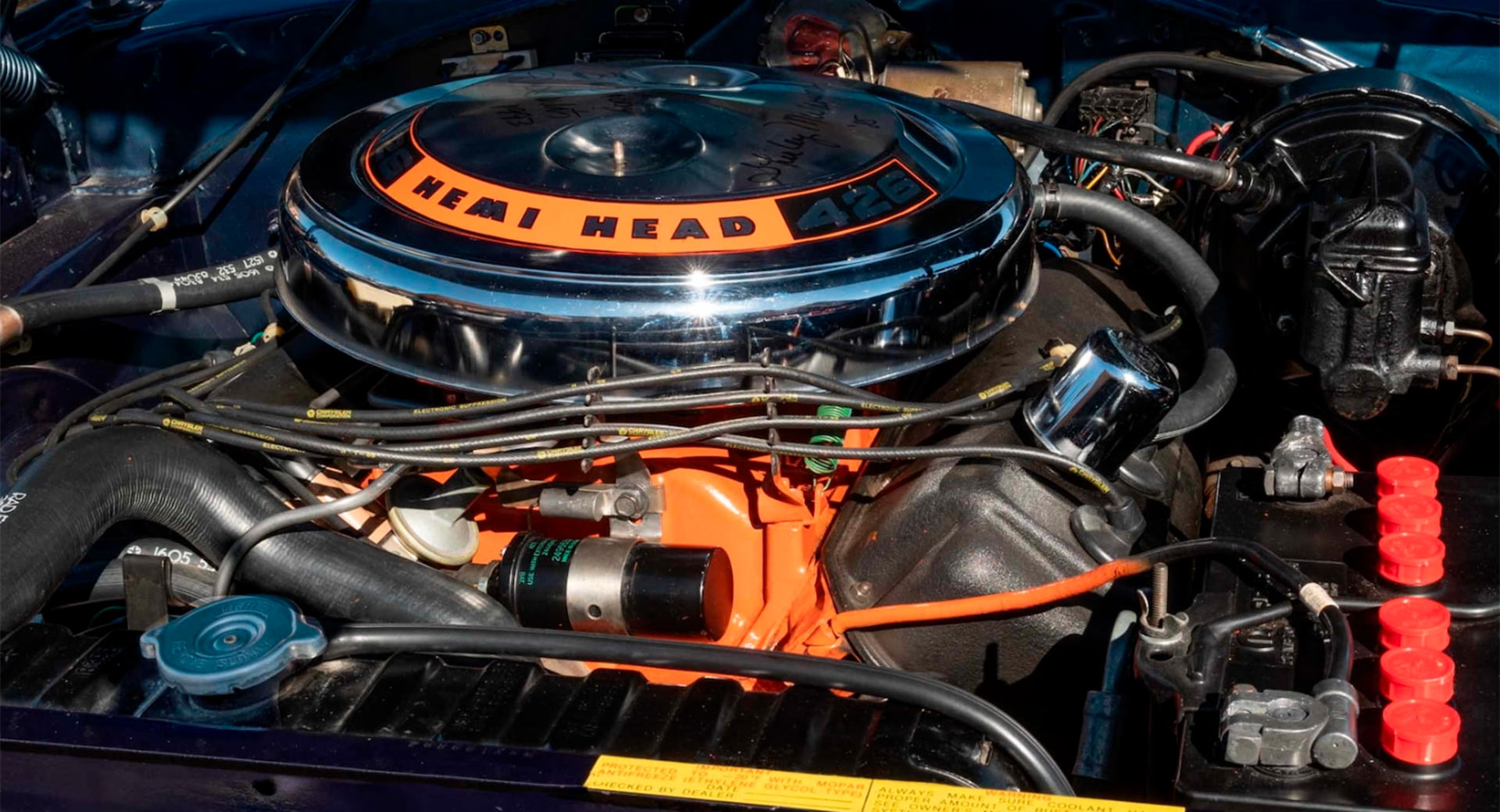 Powering the Charger is its original 426 Hemi V8 pumping out an impressive 425 hp at 5,000 rpm and 490 lb-ft (664 Nm) of torque at 4,000 rpm, serious numbers even in 2021. Coupled to this engine is the original Torqueflite automatic transmission driving the rear wheels. Moreover, the chrome air cleaner features the signatures of race car drivers Shirley Muldowney and Don Garlits and the car sits on its original black and chrome wheels shod in tires with red pinstripes.

A look inside the cabin reveals that the muscle car has a functional AM radio, seat belts front and rear, a center seat, tinted windshield, and a host of black leather components. The original window sticker is included in the sale and divulges that the car had a price of $4,853 when new. Among the options fitted include power brakes, power steering, disc brakes, and a tachometer with a clock.

The listing confirms the car has 46,662 miles on the clock and included in the sale will be various pieces of documentation.