Affectionately known as the “Big Oly”, the world’s most famous Ford Bronco is set to cross the auction block this May.

The 1969 Bronco was a revolution in off-roader design and led Parnelli Jones to two Baja 1000 victories, while he also won the Baja 500 and the Mint 400. It’s the truck that helped cement Jones’ reputation as someone who could win any race, on any course, in any vehicle.

Mind you, Big Oly wasn’t a run-of-the-mill Bronco. Power came from a Ford 351 Windsor V8 making 390 hp coupled to a C6 B&M hydro transmission, and it also featured two 22-gallon fuel cells. All of which sounds great, but it sounds even better when you realize that the V8 off-roader weighed just 2,620 lbs dry. That’s less than an NC Miata with a heavy driver. 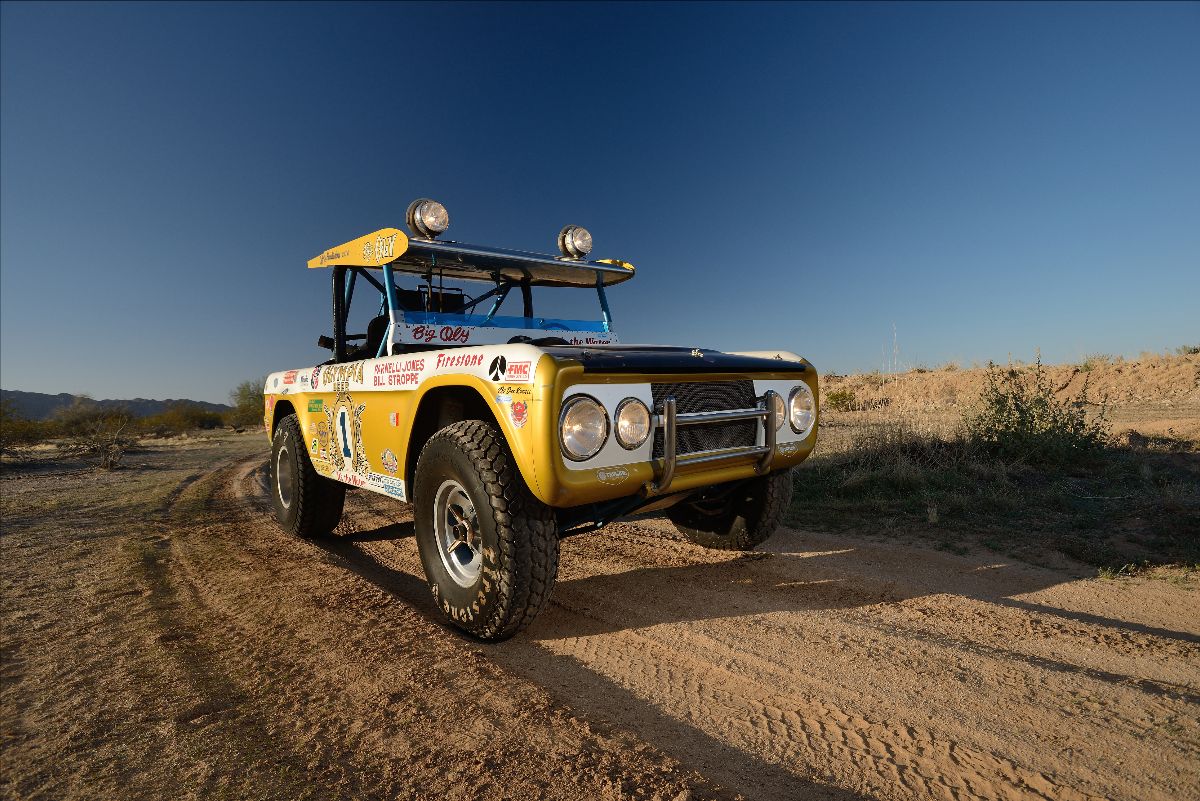 The low weight was a result of extensive modifications that saw the Bronco ditch pretty much everything in favor of a tubular space frame as well as fiberglass and aluminum bodywork.

As you’d expect, the suspension was also modified to give it as much travel as possible for the off-road race. It proved not to be quite enough for Big Oly’s first attempt in 1970 when Jones said that overaggression led him to break an axle.

Returning in 1971, though, and with slightly more deference to the landscape, Jones managed to win his first Baja. He came back in 1972 and won again despite running out of fuel just 15 miles from the finish line and was required to bargain with locals for some extra gas. He also went to claim first place at the 1973 Baja 500 and 1973 Mint 400.

Jones has held onto the Bronco until now, so not only was this driven by a legend but you’re buying it from one, too. Big Oly will roll across the auction block at Mecum’s Indianapolis sale running between May 14 and 22.