The Lancia Delta is one of Italy’s most iconic cars and these superb renderings show how it could look if it was reinvented for the modern age.

Lancia is a shell of its former self, so designer Sebastiano Ciarcia took it upon himself to revive the Delta. He notes that he was inspired by the ‘form follows function’ design philosophy of the original and aimed to maintain the same key features and lines of the car. We first wrote about Ciarcia’s project in January, but it has since progressed further and the results are quite impressive. 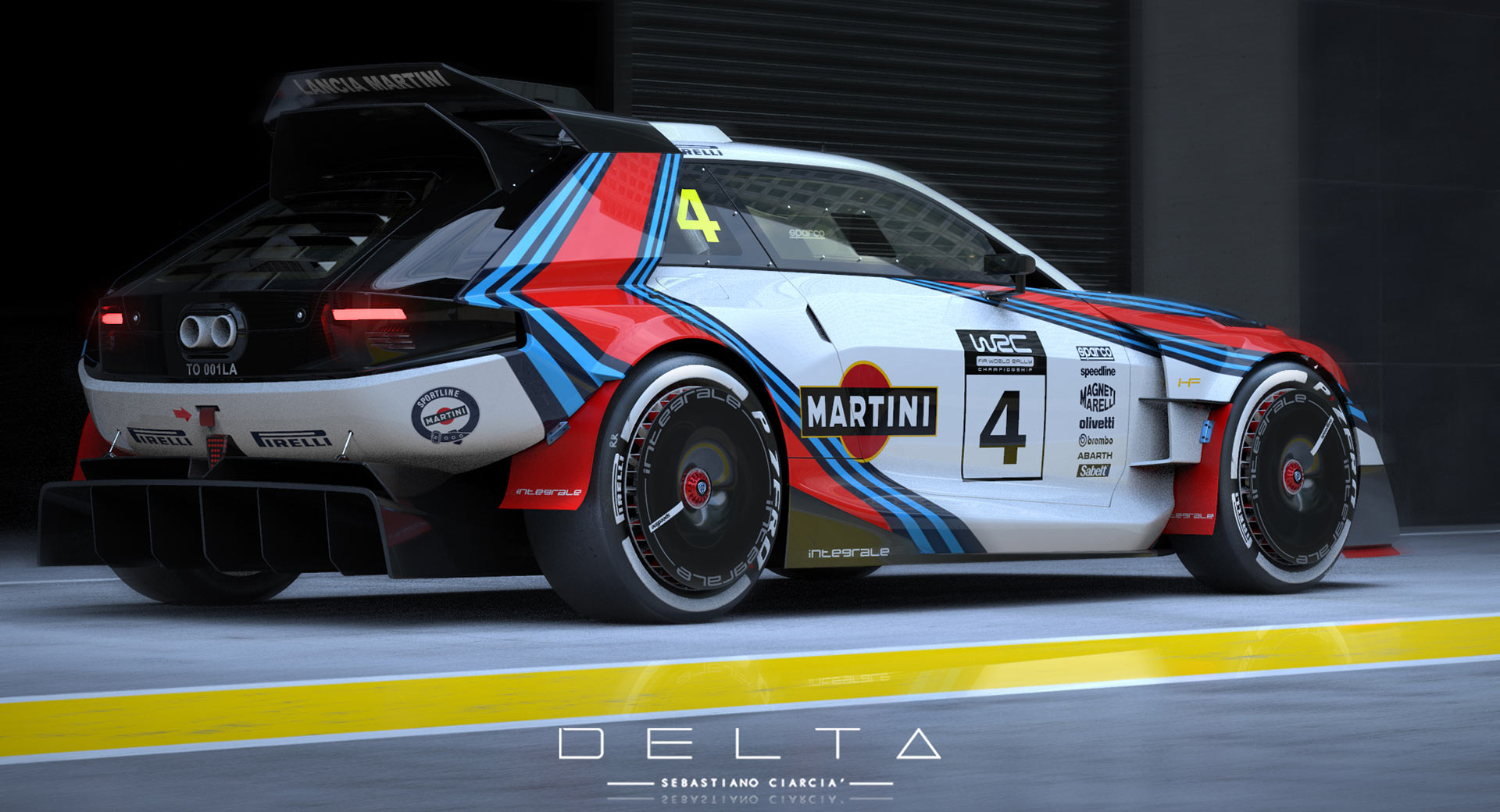 The front end immediately catches the eye thanks to sharp and narrow headlights, a sculpted bumper, and large air intakes. The hood also features sharp creases and an air vent. Rendered in its more road-focused guise, the new Delta has multi-spoke wheels and pronounced rear wheel arches that connect with the retro taillights, dual tailpipes, and striking diffuser.

Ciarcia has also rendered it as a rally car, taking inspiration directly from the Delta S4 Group B rally car. It is presented in an iconic Martini livery and includes turbofan wheels, a more pronounced front splitter, small carbon fiber wing mirrors, and an overhauled rear fascia with an enlarged wing, a Perspex rear window, a new tailpipe design, and a larger diffuser.

As amazing as this modern-day Delta is, there’s little to no chance of Lancia actually making such a car. In February, it updated the Ypsilon yet again and seemingly has little interest in creating cars for enthusiasts. There’s still hope, though, as Stellantis Chairman promised that the group will invest in the brand.

Note: This is an independent illustration from Sebastiano Ciarcia and has not been endorsed by Lancia.