What you’re looking at is a sleek Infiniti-branded supercar and while the carmaker is unlikely to ever make a vehicle like this, it certainly is interesting.

This render, dubbed the Infiniti QF Inspiration Concept, comes from Daniel Płatek and was created to combine the brand’s design language with a technological vision of the supercar of the future.

Read Also: The 2022 Infiniti QX60 Will Have Torque Vectoring And Predictive AWD 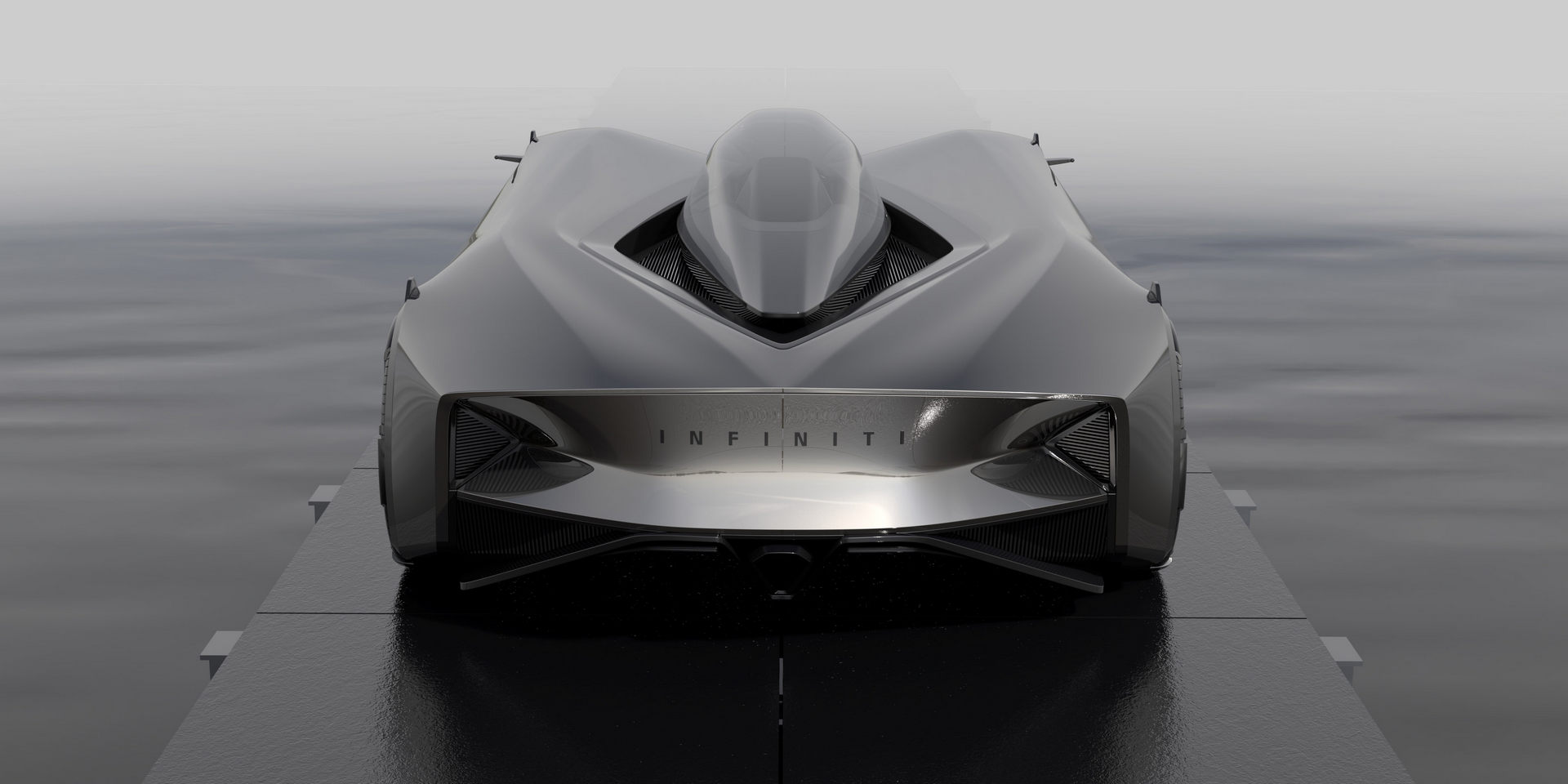 The first thing to note about it is its atypical shape. While it takes the form of a supercar, it is unlike any other thanks in large part to the fact that it is a single-seater. As such, the QF Inspiration Concept has a very narrow cabin clad in glass, providing the driver with a view akin to a fighter jet. It may not be particularly practical but it is certainly eye-catching.

Up front, it’s impossible not to notice the lack of headlights and air intakes, allowing Płatek to craft a flowing bodywork with a focus on good looks and sharp angles. Like any good study, the car sits on a set of massive wheels with impossibly thin tires. A triangular crease in the door panels further adds to the car’s bold design.

The rear somewhat reminds us of the Lotus Evija but lacks taillights and sports a large Infiniti badge. There’s also a flat decklid, a diffuser, and a single exhaust pipe exiting from the center.

Note: This is an independent design by Daniel Płatek and is not related to or endorsed by Infiniti