Gunther Werks has just unveiled its latest project and this one could be the most impressive to date.

Dubbed the 993 Speedster Remastered, the vehicle features a 4.0-liter flat-six engine from Rothsport Racing that promises to deliver more grunt than the company’s hardtop 400R with its 435 hp and 335 lb-ft (454 Nm) of torque. This power is transmitted to the rear axle thanks to an upgraded version of the 993’s original Getrag manual gearbox.

Watch Also: Gunther Werks Porsche 993 Is As Fast As A McLaren P1 At Laguna Seca

Gunther Werks has worked extensively on ensuring the car handles just as well as the 400R and spent a considerable amount of time strengthening the chassis to offset the lack of a fixed roof, considering Porsche never really offered a 993 Speedster to the public.

The latest Porsche restomod also features a new carbon fiber hood that is 25 percent lighter and there are available forged Fuchs-style wheels. Other key features of the car include a 3D-printed Inconel exhaust as well as aluminum wing mirrors and door handles. 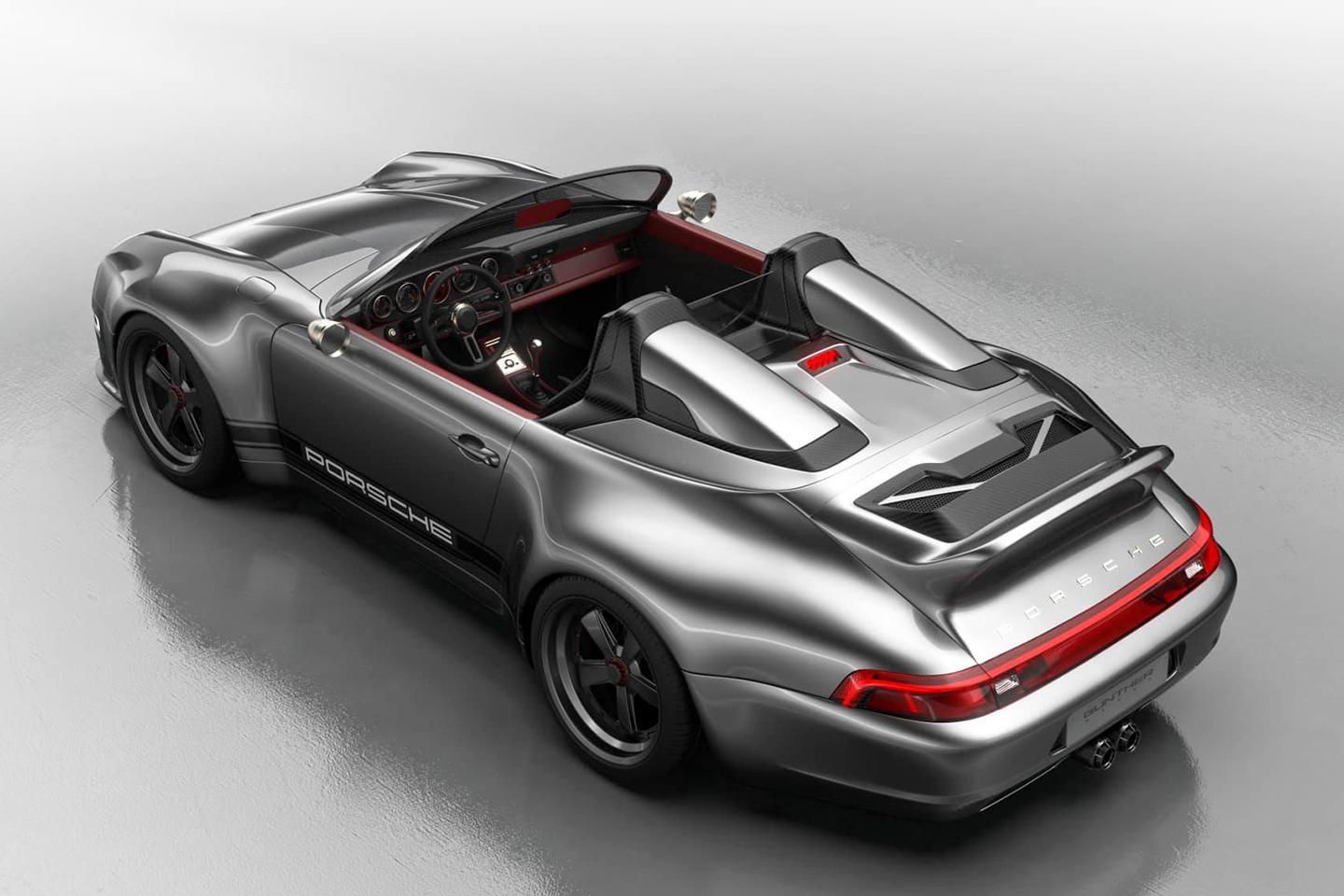 The stunning 993 Speedster Remastered features a fabric roof stowed beneath a carbon fiber rear panel that includes two large buttresses. This being a Speedster, the windshield is smaller than a 993 hardtop and can be optioned out entirely in the build process.

Work has continued into the cabin of the car. For starters, there are weatherproof materials found throughout, as well as an aluminum gauge cluster and various carbon fiber parts, including the hollow carbon fiber seats.

Gunther Werks intends on building just 25 examples of the 993 Speedster Remastered with production to begin in early 2022. No pricing details have been released but each can be expected to sell for more than $565,000, the starting price of the company’s 400R hardtop.