Spy photographers have snapped the first photos of the next-generation Renault Kadjar.

Caught undergoing cold weather testing, the Kadjar is heavily disguised but will feature a more distinctive front fascia with slender LED headlights and what appears to be a wider grille.

Further below, there are high-mounted fog lights and a wide lower opening with prominent vertical slats. We can also see new air curtains located on the outside edges of the front bumper.

While the camouflage does a good job of hiding styling details, it appears the Kadjar will trade curvaceous bodywork for more streamlined styling. That isn’t the only change as the crossover adopts a more traditional beltline.

There isn’t much to see out back, but we can get a glimpse of stylish taillights and curved reflectors. We can also see a rear spoiler and a less shapely tailgate.

Little else is known about the crossover at this point, but the Kadjar will ride on the CMF-C platform that underpins the redesigned Nissan Qashqai. That particular model was unveiled earlier this month and it’s slightly larger than before as it grows 1.4 inches (35 mm) in length, 1.3 inches (32 mm) in width and 1 inch (25 mm) in height. The wheelbase also climbs by 0.8 inches (20 mm). 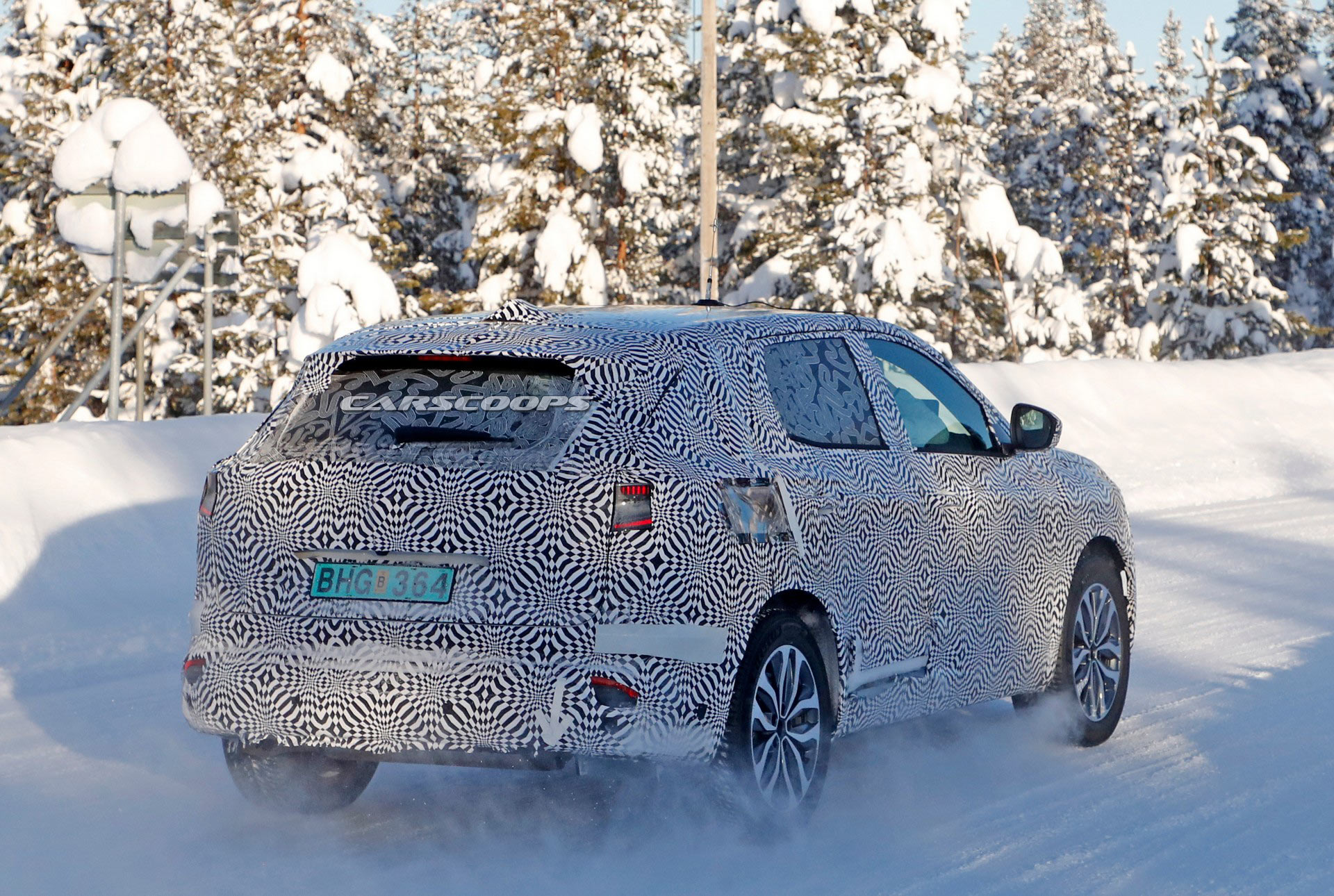 The Qashqai can also equipped with an e‑POWER system which features a “high-output battery” and a 1.5-litre petrol engine that acts as a generator. They power an electric motor that develops 188 hp (140 kW / 190 PS).