Mercedes-Benz has just stepped forward, announcing that they will unveil the new generation C-Class next week.

The premium compact model will debut on February 23, at 8:00 a.m. ET (2:00 p.m. CET), on the company’s media platform, and the presentation will be streamed online.

Even though they haven’t officially said so, the 2022 Mercedes C-Class is expected to premiere in the Sedan and Estate body styles, with the lineup to be completed by the Coupe and Cabriolet later on, and probably by a jacked-up wagon dubbed the C-Class All-Terrain.

Related: It Looks Like Mercedes-Benz Is Making A 2022 C-Class All-Terrain Wagon 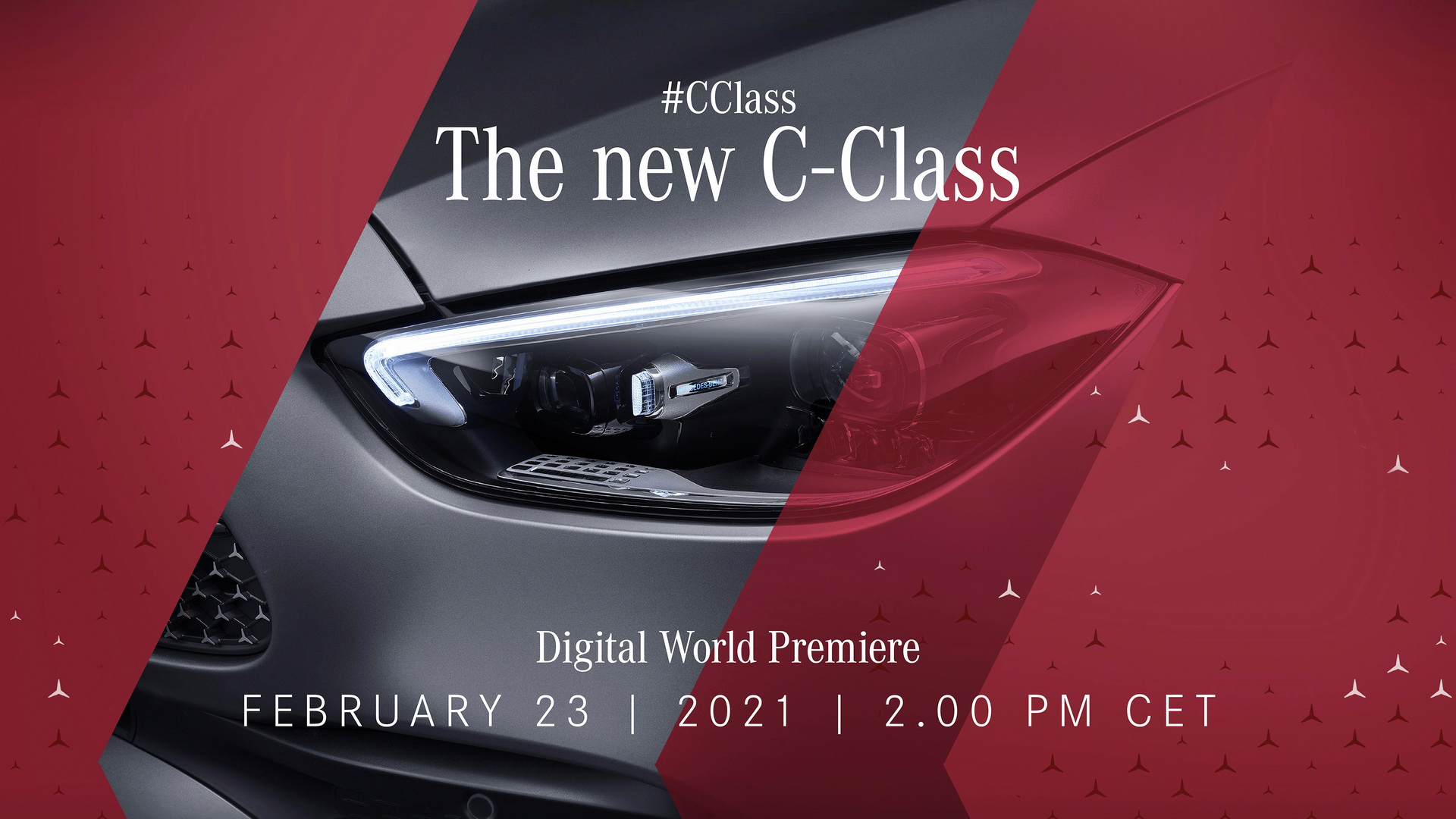 All of them will use electrified powertrains, which is a first for a Mercedes series model. The lineup has yet to be confirmed, but previous reports have indicated that the family might comprise of four-pots only, with mild-hybrid systems offered in the lesser versions, and plug-in hybrids at the upper end. The German carmaker is supposedly planning to launch both gasoline and diesel engines with electric assistance, the latter likely limited to Europe.

Over here, we might receive the C300 first, with a choice between rear- and all-wheel drive, and a total output of around 250 HP. A plug-in hybrid is understood to join it eventually, and the C63 should round out the offering, perhaps with a 2.0-liter PHEV, with over 500 HP.

The cockpit will mirror the interior vibe of the S-Class by having a similar-styled dashboard and using the same second-gen MBUX infotainment system, featuring a big portrait-oriented touchscreen display, sitting next to the tablet-like digital dials.

The latest teaser also shows a glimpse of the headlamp cluster, which has a more rounded shape and different graphics compared to the S-Class.