Following last month’s unveiling of the Ace, the Alpha Motor Corporation has introduced the all-new Jax.

An acronym for “Junior All-terrain Crossover”, the Jax is essentially an SUVified version of the Ace.

The company didn’t have much to say about the model, but it features a retro-design and a nearly vertical front fascia with LED headlights. The car also sports bulging fender flares and 16- to 19-inch wheels that can be wrapped in meaty off-road tires. 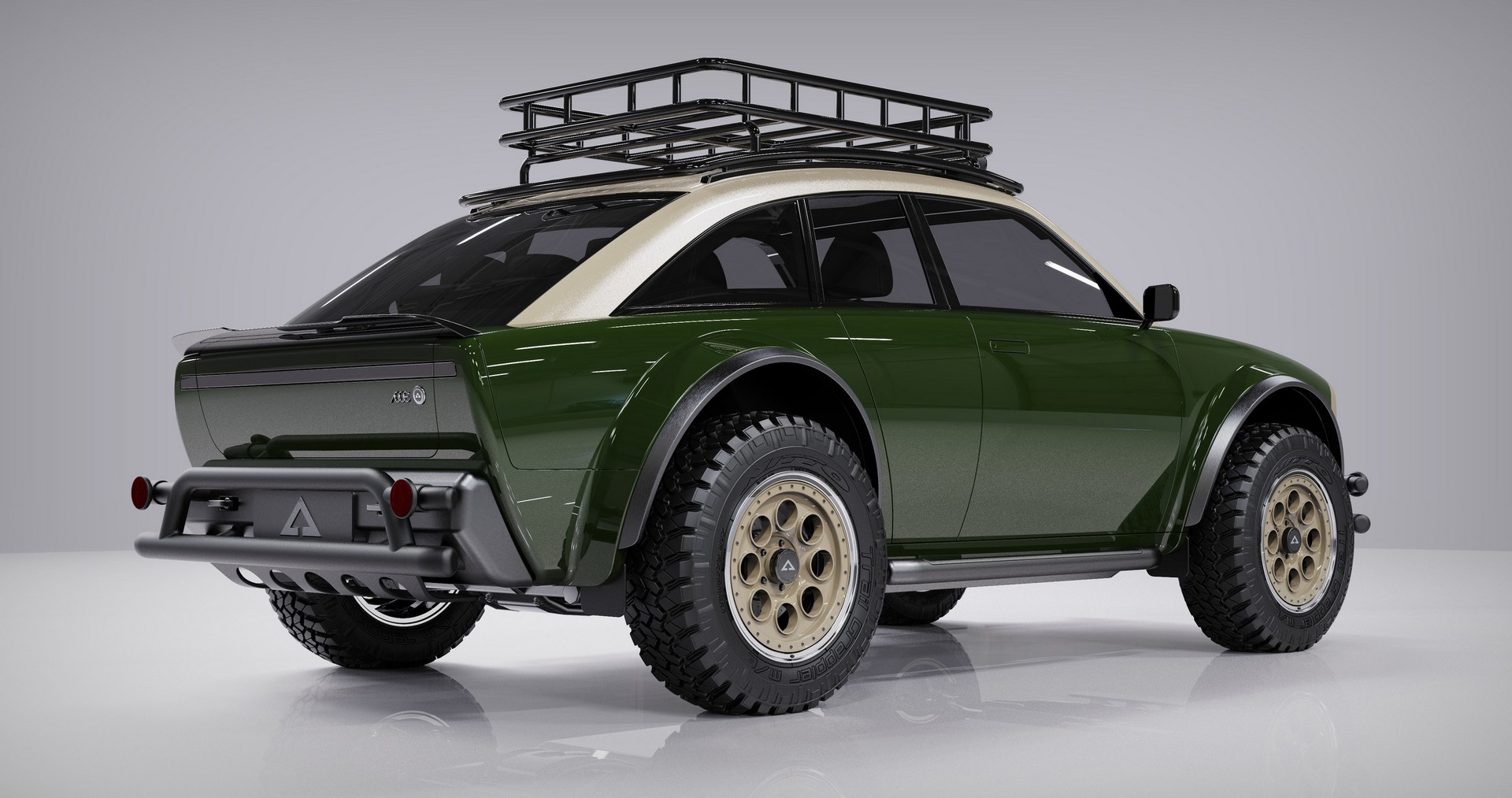 Other highlights include flush-mounted door handles and what appears to be suicide rear doors. We can also see a rear spoiler, slender taillights and a rear charging port.

While the model looks pretty rugged, the company noted the “exterior lighting attachments and accessories are not included.” As a result, the production model should be much tamer – assuming it actually reaches production in the first place.

The company was also coy about the interior, but confirmed the four-seater will have a digital instrument cluster and a ‘floating’ infotainment system. We can also see heavily bolstered front seats and minimalist door panels with pull straps.

Alpha is currently accepting reservations and pricing is slated to begin at $38,000 before federal, state and local incentives. However, there’s no word on when the model will arrive and the company acknowledged “vehicle specifications are provided for illustrative purposes only and [are] subject to change.”