The cat has been out of the bag for awhile, but Kia Motors America has officially announced the Sedona will be replaced by the all-new Carnival.

Set to be introduced on February 23rd at 2:00 PM EST, the 2022 Carnival is being billed as a “seven- or eight-passenger adventurer” with a “bold and boxy appearance.” Kia also noted the minivan will be their first vehicle in the United States to wear their new badge.

The company is keeping details under wraps, but confirmed the US-spec Carnival will have a wide array of driver assistance systems, best-in-class cargo space and a class-leading V6 engine that produces 290 hp (216 kW / 294 PS). 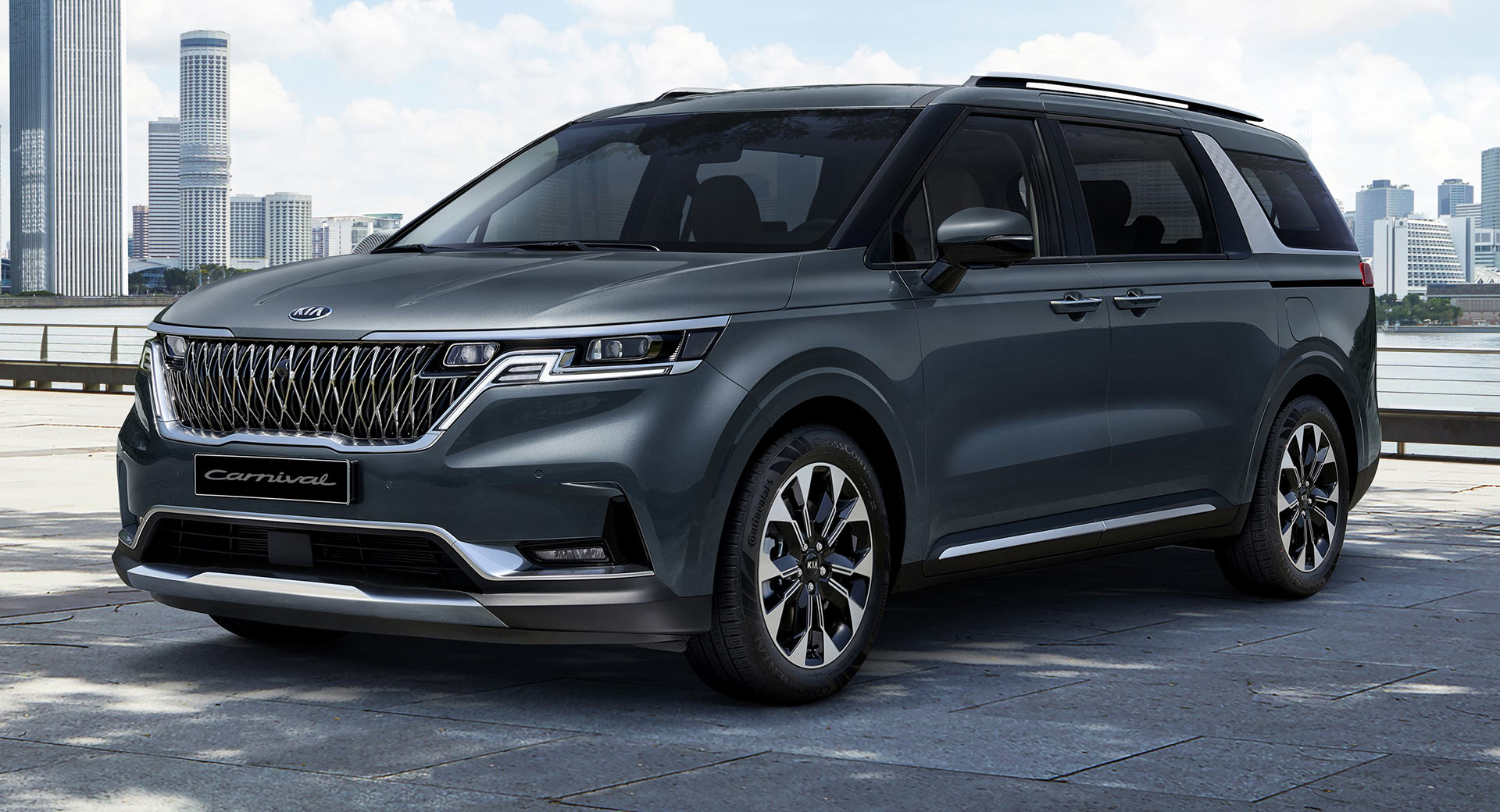 While that isn’t much to go on, the model will closely echo the Korean variant that was introduced last year. As a result, we can expect a stylish design with a tiger nose grille that is flanked by distinctive headlights. Other highlights should include streamlined bodywork, pronounced wheel arches and bright silver accents on the C-pillar. We can also expect power sliding rear doors and a slender rear light bar.

The upscale design should continue in the cabin as international versions of the Carnival have a high quality materials, a 12.3-inch digital instrument cluster and a 12.3-inch infotainment system. The van could also offer “premium relaxation seats” in the second-row that feature adjustable arm, back and leg rests.

The Carnival rides on a new platform and is 1.5 inches (40 mm) longer than its predecessor.  The wheelbase also grows by 1.1 inches (30 mm) and this helps international variants have up to 102.5 cubic feet (2,905 liters) of cargo capacity.