Infiniti is inching closer to unveiling the 2022 QX60 and these renderings provide us with an excellent idea of how the crossover may look.

The illustrations come courtesy of Russian publication Kolesa and look to be based on images released by Infiniti showing a QX60 prototype testing under a thin veil of camouflage. If the design depicted in these renderings proves to be accurate, we’ll have a very good-looking crossover on our hands.

The overall design of the QX60 is shaping up to be nearly identical to the QX60 Monograph Concept released last year. As such, the front end includes a pronounced front grille with large air intakes on the sides of the front bumper, and a secondary grille finished in black and housing the radar. The headlights of the concept appear to have been retained, albeit tweaked slightly. 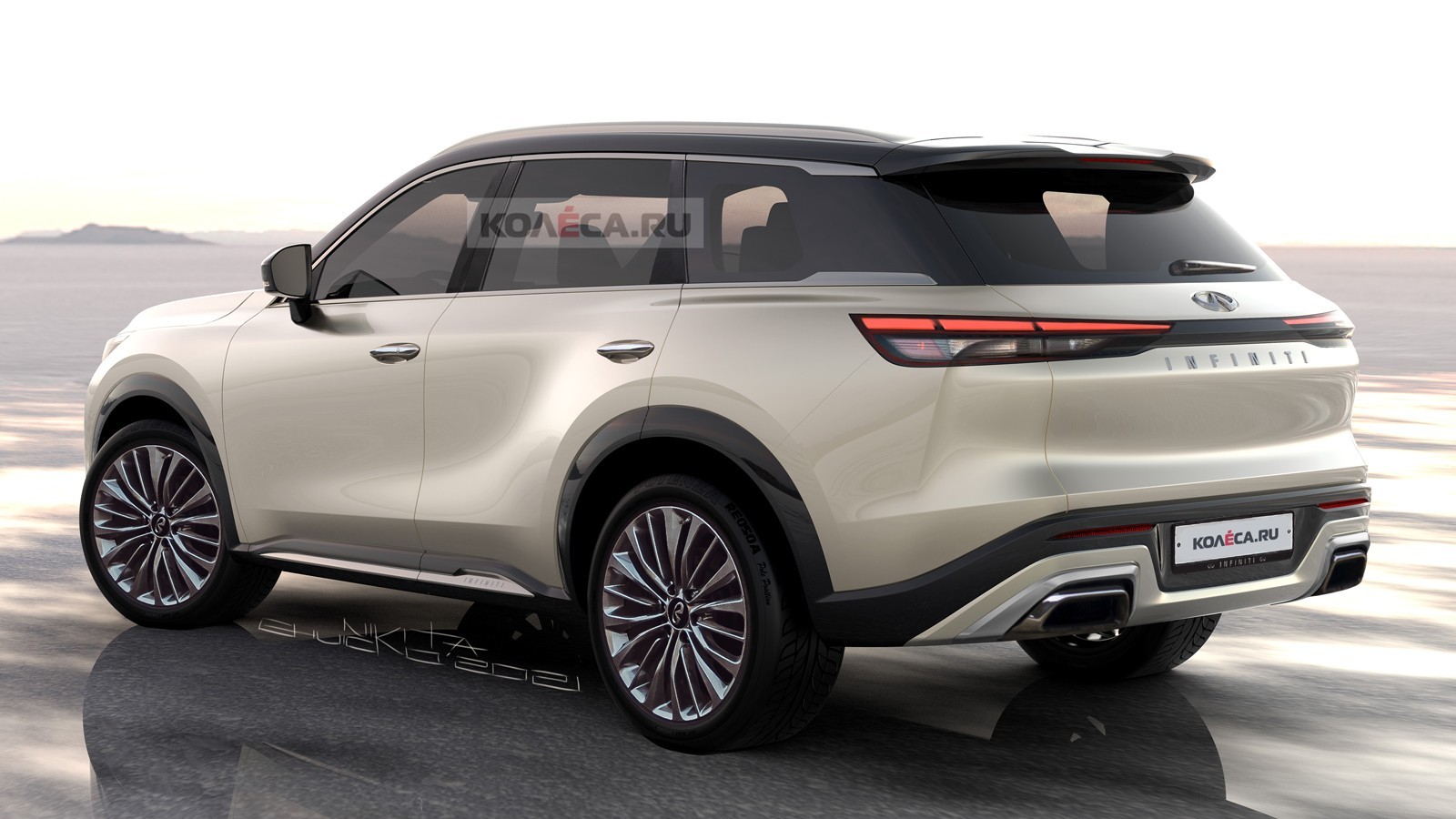 Found at the rear of the QX60 Monograph Concept was a spoiler stretching off the roof and slim taillights connected with an LED light bar. The production model should look largely the same but the lenses of the taillights won’t be smoked as they were for the concept. The faux chrome tailpipes of the concept will also be ditched in favor of functional tailpipes and a body-colored diffuser.

Infiniti confirmed last week that the QX60 will launch with the same 295 hp, 3.5-liter naturally-aspirated V6 as the related new Pathfinder, complete with a nine-speed automatic transmission. The carmaker has also confirmed the new QX60 will utilize active torque mounts.

Note: These illustrations were made by Koleca and not related to or endorsed by Infiniti 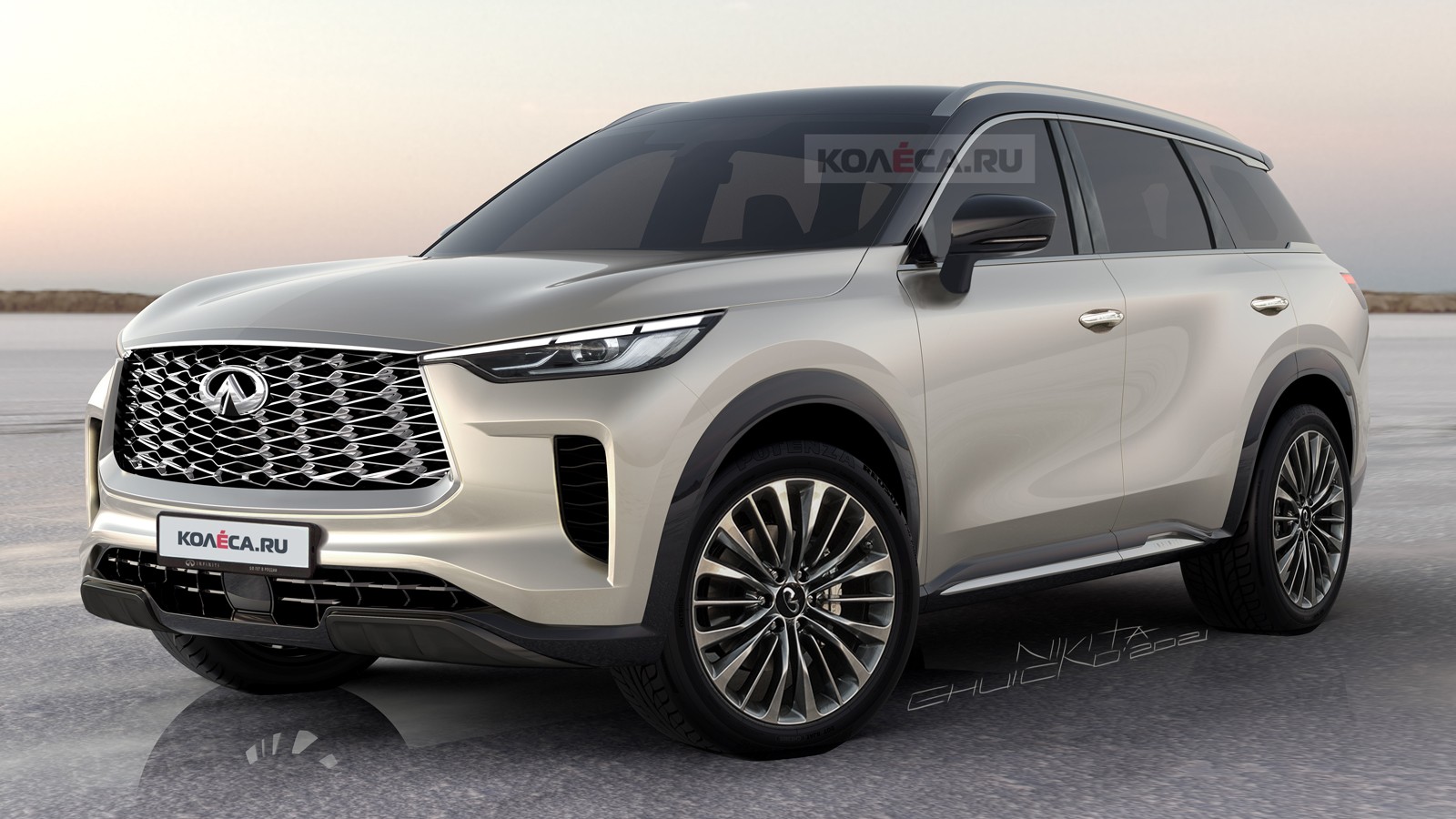