Like other Ferrari models that have been transformed by Zagato, the 599 GTZ started out as a regular model before the owner of one particular example approached the coachbuilder to modify the car. Not only did Zagato give the car a new name but they transformed the exterior design to distinguish it from standard models. A further five spyder models were built and this is one of them.

Zagato offers its select few customers the opportunity to have their 599 GTB converted into a GTZ Coupe or a GTZ Spyder. Interestingly, the conversion of this 599 was only completed in January 2020. 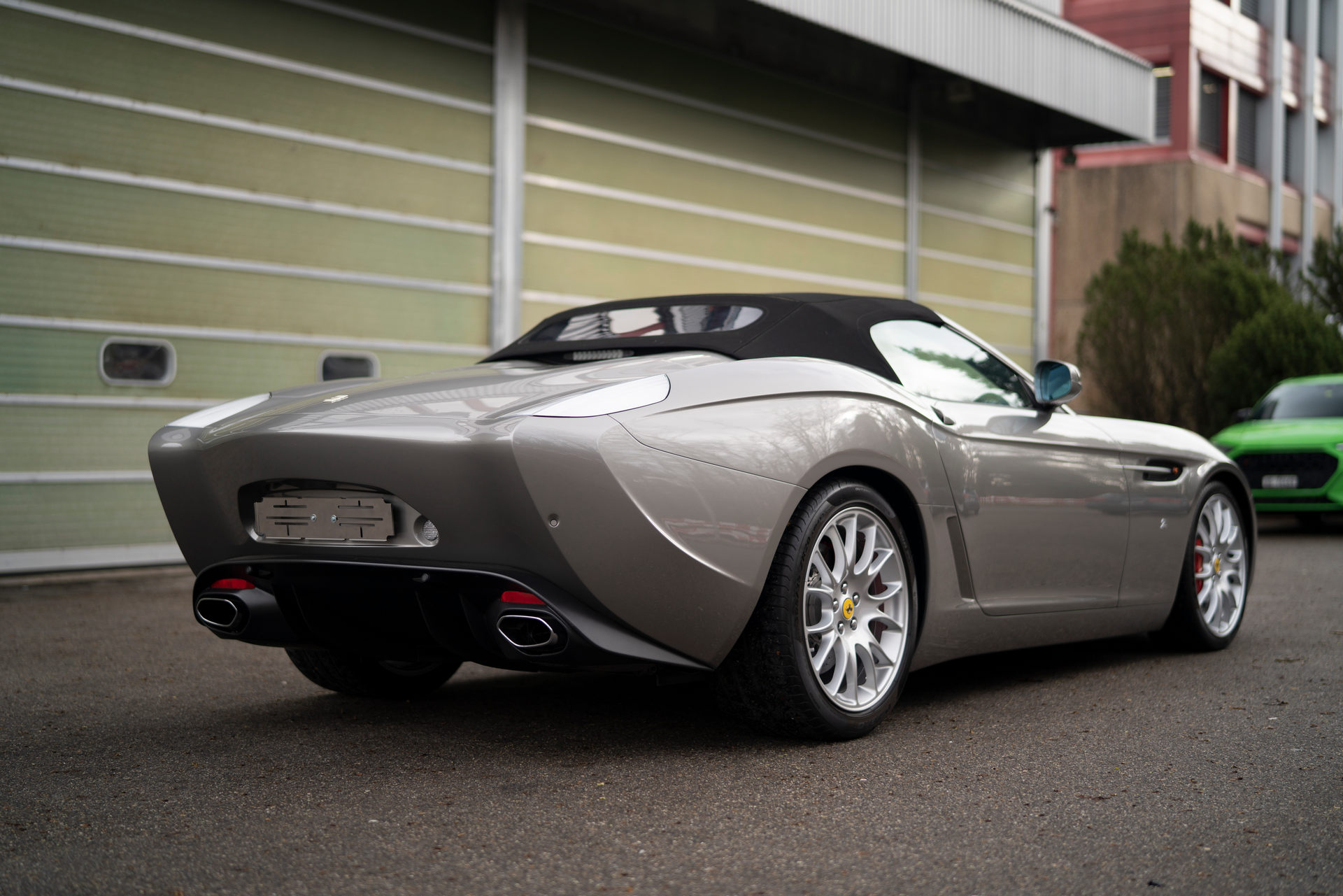 Key changes made to the car include an all-new front fascia with a large grille and bespoke headlights. The sides of the vehicle also bear little resemblance to a regular 599 GTB. It is a similar story at the rear where there are angular arches, unique taillights, and new exhausts.

The RM Sotheby’s listing confirms that this 599 GTB was purchased new from Modena Cars in Switzerland and was driven 20,100 km prior to its Zagato conversion. It is finished in gunmetal grey and comes complete with a black leather interior. It is also equipped with challenge-style wheels, red brake calipers, a yellow tachometer, and a carbon fiber steering wheel with LED shift lights. The car has only been driven 400 km since its conversion.