Barrett-Jackson announced today that VIN 001 of both the CT4-V and CT5-V Blackwings will be sold at their Scottsdale auction in March.

The full hammer price of both cars will be donated to Black Ambition, a non-profit organization launched by music star Pharrell Williams. The organization aims to aid Black and Latinx entrepreneurs who are launching tech, design, and healthcare start-ups.

The 500 pre-orders of each that Cadillac made available upon the vehicles’ launch on February 1 sold out within 24 hours. Although more will be made, this is the last chance for anyone who want to get their hands on one as soon as possible but didn’t manage to secure a slot.

The CT5-V Blackwing features a supercharged 6.2-liter V8 churning out 668 hp, making it the most powerful production Cadillac of all time. That also means that the M3 rival makes more power than an M5 Competition. As a result, it hits 60 mph in just 3.7 seconds with the (optional) 10-speed automatic transmission; a 6-speed manual will be offered as standard.

Also Read: The Cadillac CT6-V Is Shaping Up To Be A Future Classic, So Buy This One With Just Over 1K Miles On It

The smaller CT4-V Blackwing, meanwhile, is powered by a twin-turbo 3.6-liter V6. While it makes “only” 472 hp, it’s no slouch, as it hits 60 mph in approximately 3.8 seconds and will also be available with a 6-speed manual transmission.

“More than a century ago, Cadillac put the automotive world on notice with the first mass-produced V8 engine,” said Steve Davis, president of Barrett-Jackson. “Today, the company has rewritten the rules for performance sedans with the introduction of the 2022 CT5-V and CT4-V Blackwings. We’re honored to auction these two VIN 001s with 100 percent of the proceeds benefiting Black Ambition’s efforts to support Black and Latinx entrepreneurs.”

American manufacturers have been on a bit of a spree with these auction offerings. The first Ram 1500 TRX is set to cross Barrett-Jackson’s block soon, as is the first Ford Bronco 2 Door, the first GMC Hummer EV, and more.

The Cadillac siblings will go under the hammer at the Scottsdale Auction at WestWorld of Scottsdale, which will take place between March 20 and 27. 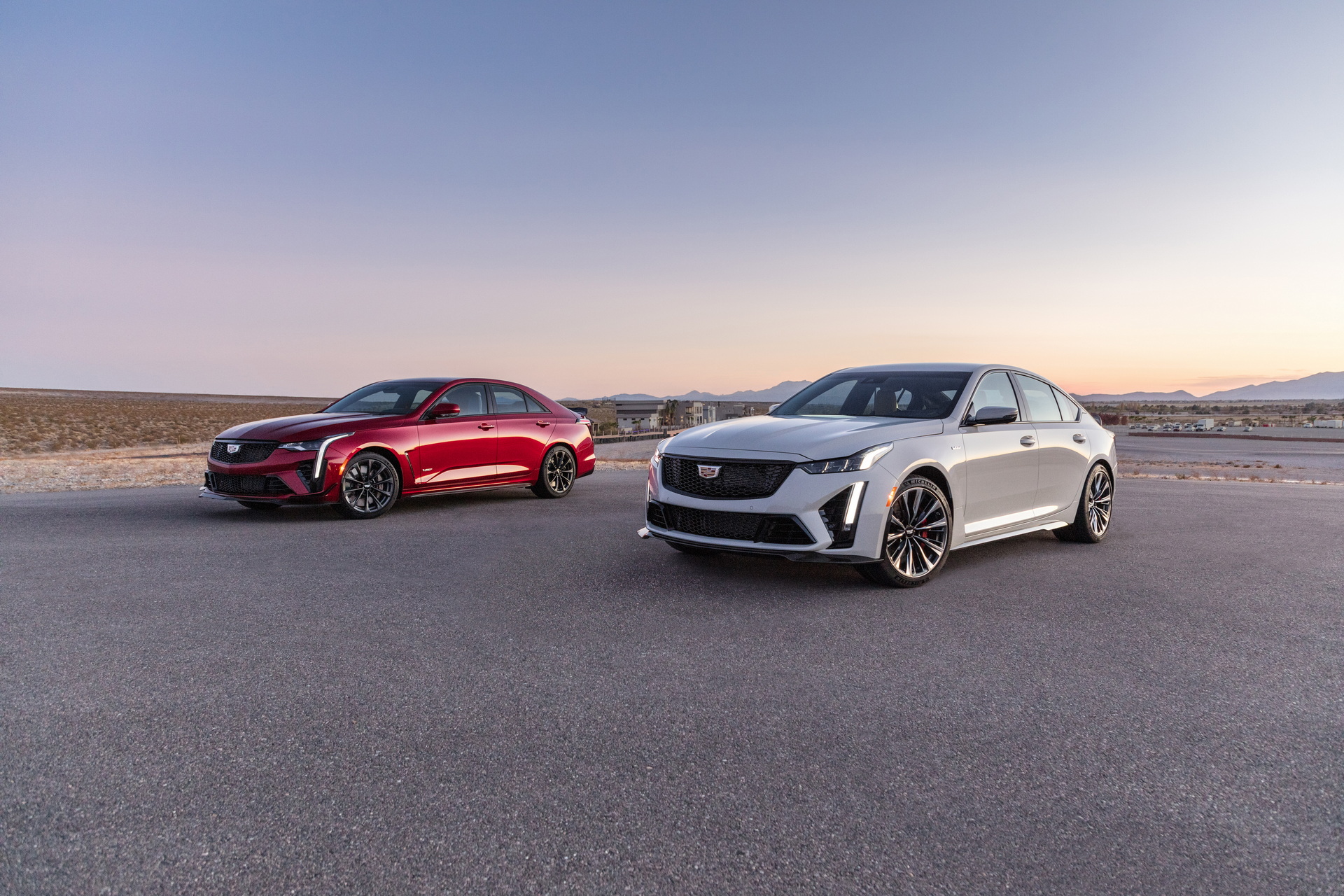