The long-awaited BMW M3 Touring is just around the corner and primed to give the Mercedes-AMG C63 Estate and Audi RS4 something to worry about. While it is highly unlikely BMW will follow it up with a Touring variant of the M5, that’s exactly what this rendering previews.

Created by X-Tomi Design, this M5 Touring is actually based around the recently-launched M5 CS model. We think it looks superb and could be the perfect alternative to the Mercedes-AMG E63 S Estate and Audi RS6.

As lesser BMW 5-Series models are already available in Touring guise, we already know the overall shape that the M5 CS Touring would have but the addition of the aggressive parts from the M5 CS, as well as the unique matte green paintwork, combine to create an estate that would turn the heads of those that know what it is but is still subtle enough to blend into traffic and go unnoticed by non- rev heads.

Were BMW to create a Touring version of the M5 CS, it would do so with the same powertrain as the sedan. As such, the car would sport a twin-turbocharged 4.4-liter V8 churning out 627 hp and 553 lb-ft (750 Nm) of torque while coupled to an eight-speed automatic transmission sending power through a rear-biased all-wheel drive system. The sedan hits 60 mph (96 km/h) in just 2.9 seconds and the Estate would probably be just as quick. 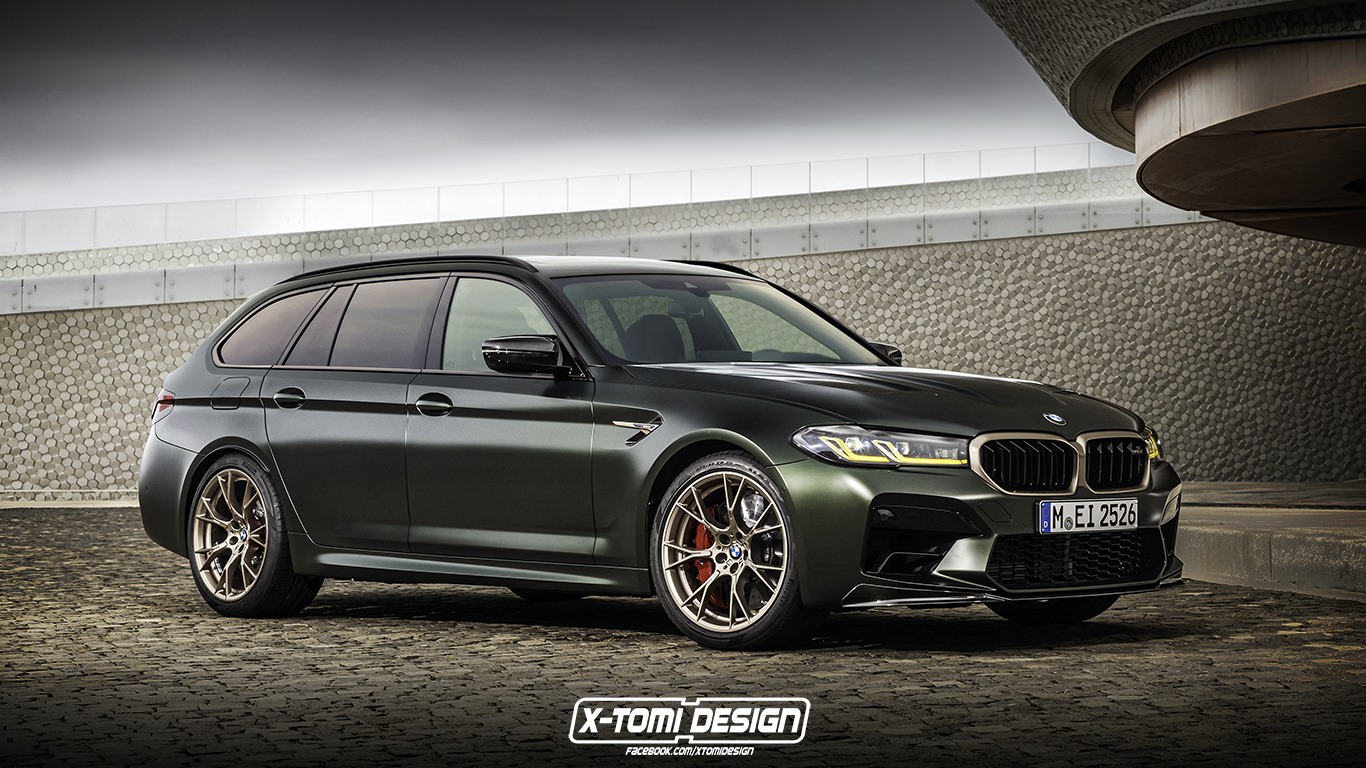