When BMW introduced the 2022 iX in November, they noted the crossover was “still in the series development phase.”  As a result, it’s not surprising that a couple of prototypes were recently spotted in Colorado by Carscoops reader Brett.

As you can see, one of the prototypes is fully camouflaged while the other is sans disguise. In fact, there’s no mistaking the red model for anything else as it features prominent iX badging on its side.

While there isn’t anything new to see, the iX is the production version of the iNext concept and it’s slated to usher in a new era of electric BMWs. 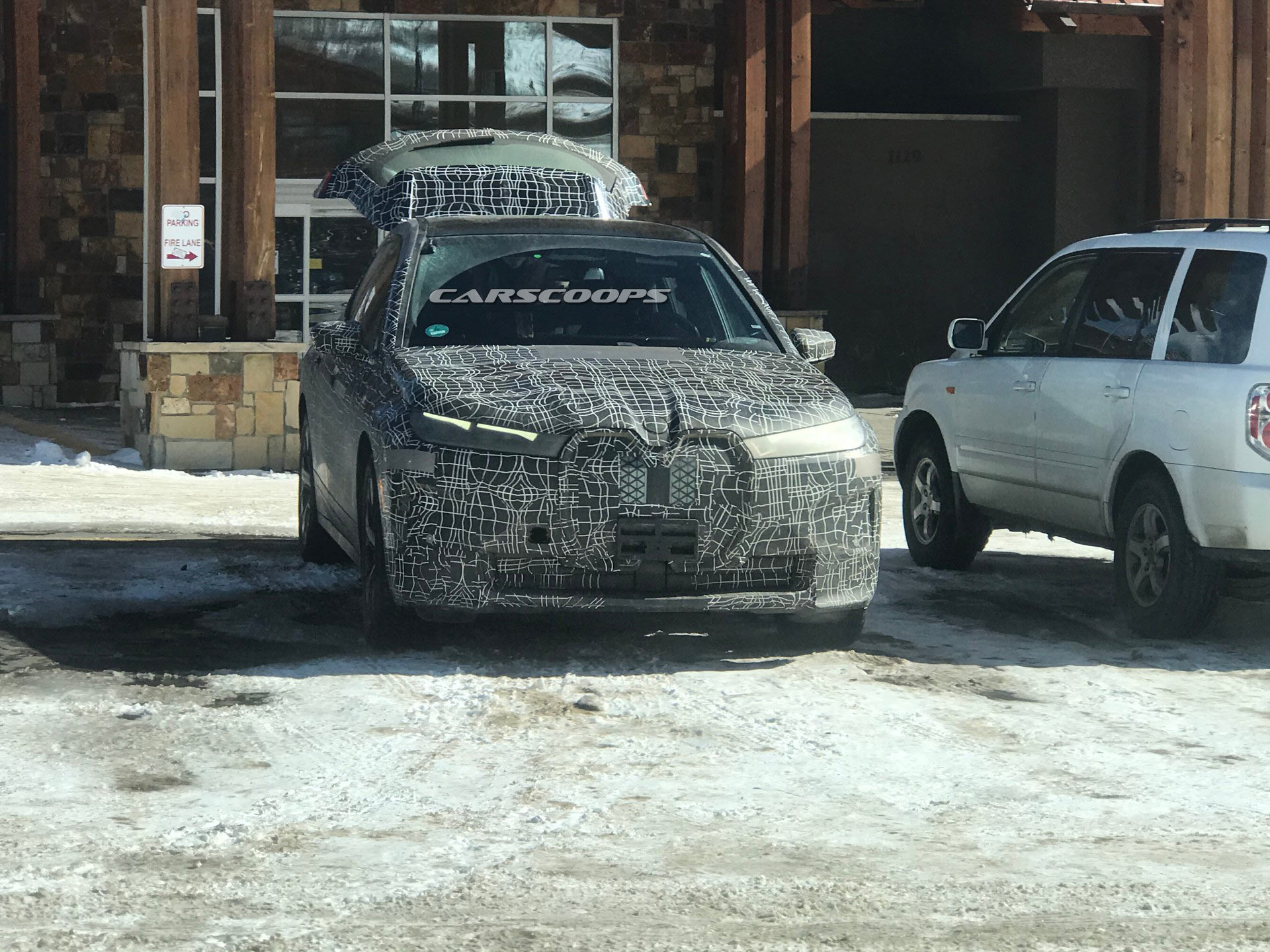 The model is roughly the same size as the X5, but it features an aerodynamic exterior with a drag coefficient of 0.25. Designers also gave the crossover frameless windows and 20-inch aerodynamically optimized wheels. Other highlights include the slimmest lighting units ever fitted to a production BMW and a faux grille that covers an assortment of sensors.

The unique styling continues in the cabin as the five-seater has a minimalist interior with a 12.3-inch digital instrument cluster and a 14.9-inch curved infotainment display. Drivers will also find a hexagonal steering wheel, crystal controls and active haptic input surfaces.

Since the model is still in development, BMW hasn’t released detailed specifications. However, the company has said the iX will have two electric motors that produce a combined output in excess of 496 hp (370 kW / 503 PS). This will enable the model to accelerate from 0-62 mph (0-100 km/h) in less than five seconds. 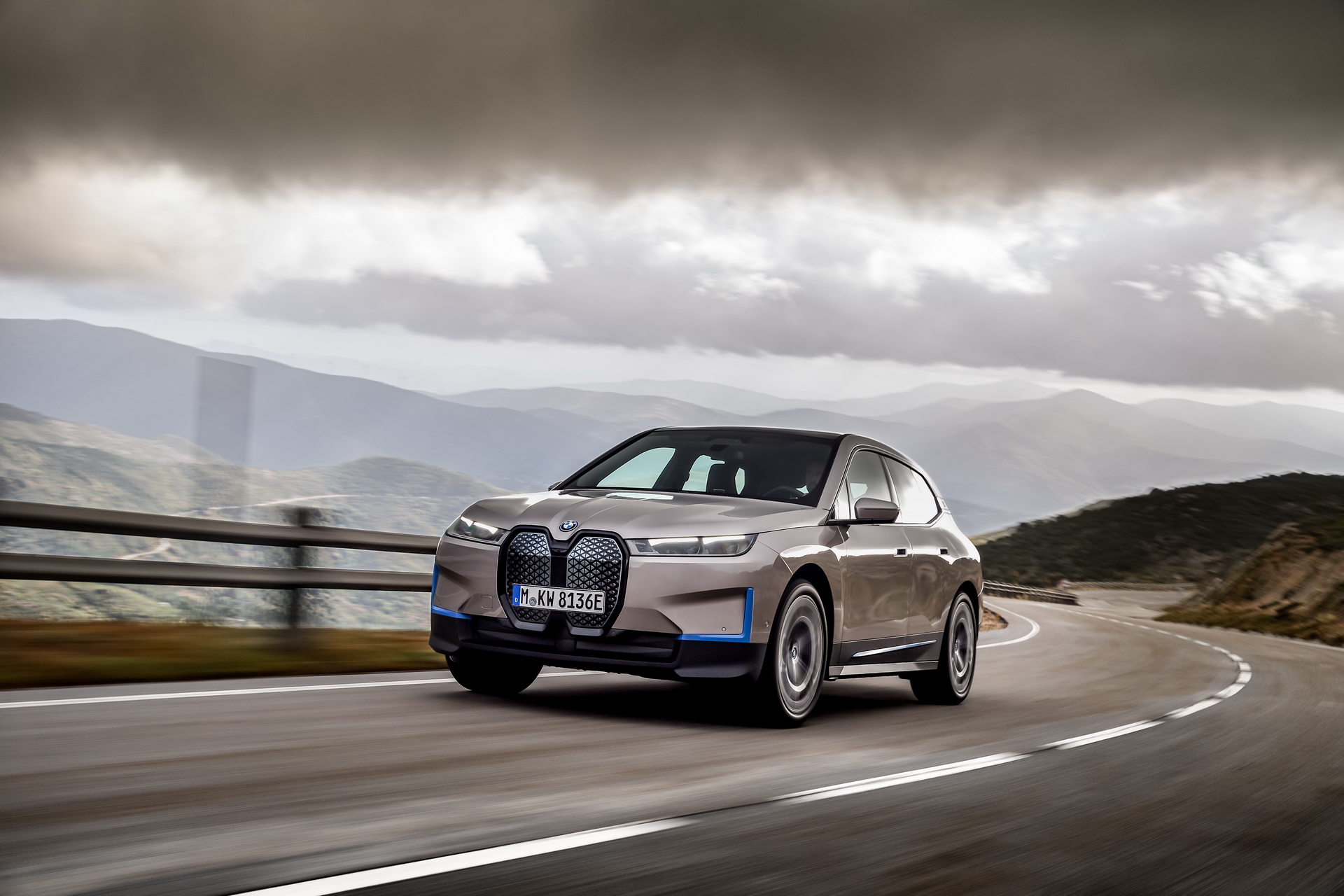 Power will be provided by a 100+ kWh battery pack, which should enable the crossover to have a range in excess of 600 km in the WLTP cycle. The EPA range will be lower, but BMW has said it will still be more than 300 miles.

When the battery is low, drivers will be thankful for the iX’s DC fast charging rate of up to 200 kW. A 10 minute charge can deliver more than 75 miles (120 km) of range, while the battery can go from a 10-80% charge in less than 40 minutes. At home, a 11 kW wallbox charger will replenish a fully drained battery in less than 11 hours.

The 2022 BMW iX is slated to be launched late this year, but rumors have suggested it could be delayed until March of next year.

Thanks to Brett for sharing the photos!