After starting production for the local market, Volkswagen Mexico has begun assembling the Taos for the United States at its Puebla factory.

“With Taos, Volkswagen de Mexico strengthens its position as a key player in the brand’s global strategy for the SUV segment and will increase production capacity at the Puebla Plant, with products designed for the North American Region”, said VW Mexico’s President and CEO, Steffen Reiche. 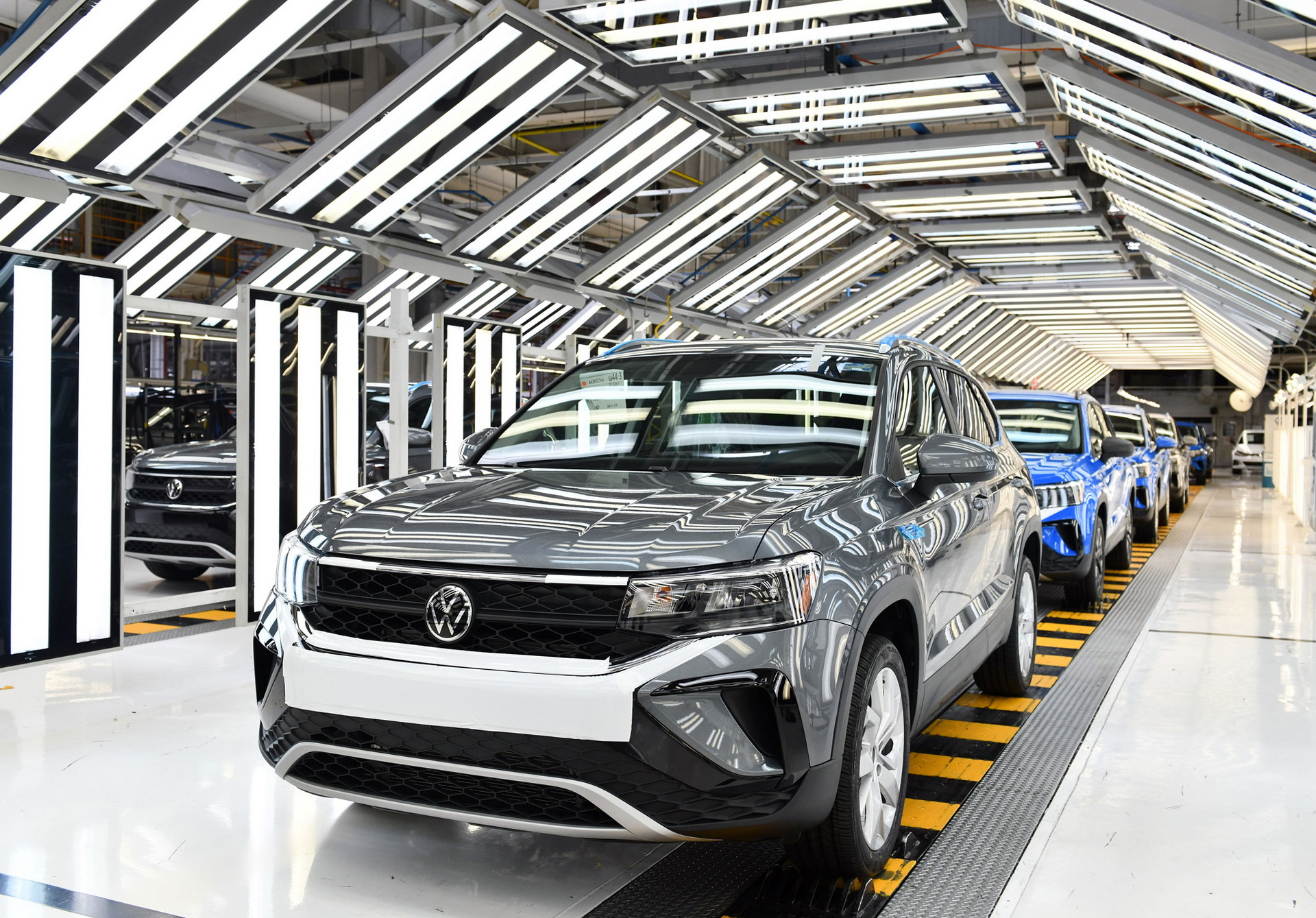 Set to take on models such as the Kia Seltos and Chevrolet Trailblazer, the Taos slots under the Tiguan and will be offered as standard with a digital instrument cluster and two-tone upholstery. Choosing a higher spec will get you features such as an 8-inch infotainment system, ambient lighting and wireless charging pad, while the options list will include heated and ventilated front seats, dual-zone climate control, leather upholstery, heated steering wheel, and premium audio.

The Taos is powered by a 1.5-liter turbocharged four-cylinder making 158 HP (160 PS / 118 kW) and 184 lb-ft (249 Nm) of torque that’smated to an eight-speed automatic transmission and front-wheel drive. All-wheel drive is an option and comes with a seven-speed DSG gearbox.

The compact crossover will arrive at U.S. dealers by the end of the second quarter of the year. Pricing has yet to be announced, but since it is smaller than the Tiguan, it will cost less than its bigger brother that starts at $25,245. Finally, following the start of production for the United States market, Volkswagen de Mexico will commence production for Canada in the coming weeks.