BMW’s all-electric i4 has been spotted testing with reduced camouflage and some interesting additions.

The i4 has been on our radar as far back as 2019, but the prototypes are now in the final phases of testing, as a launch date slated for later in the year approaches. The i4 will be the battery-electric alternative to BMW’s 4-Series Gran Coupe and features a five-door liftback design. It’s expected to share the same platform as the 4-Series GC and will likely launch alongside the ICE car. 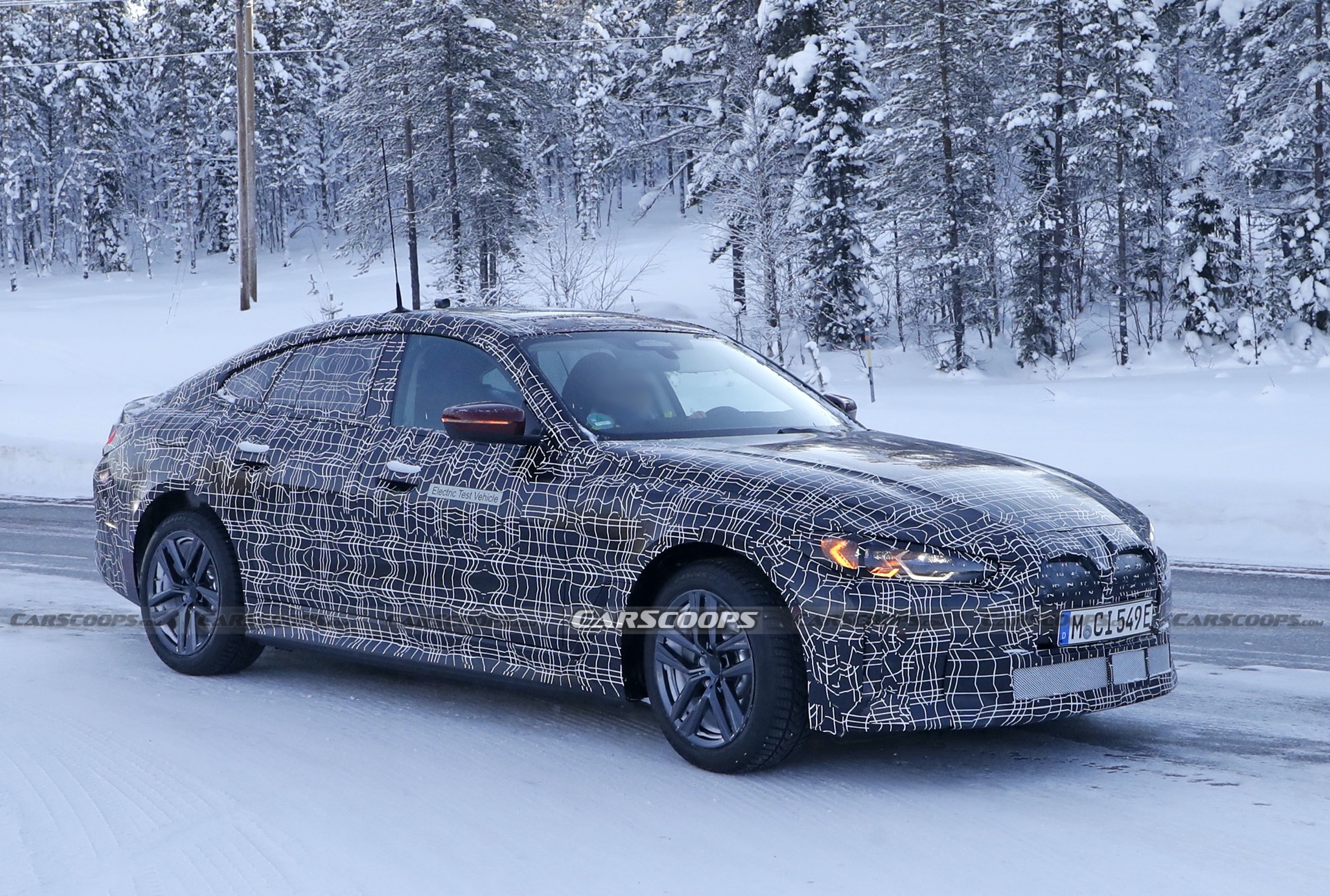 Changes from the previous set of spy shots indicate a repositioned charge-port, from the left front fender to the rear right quarter — a move that could potentially save costs when it comes to production alongside the 4-Series Grand Coupe.

Also visible is a less-concealed rendition of BMW’s vertical kidney grille design, flanked by the same style of lights as seen on the G22 4-Series. One aspect not seen on the 4-Series 2-door coupe are vents behind the front wheel, potentially creating an air-curtain that could reduce drag and improve the i4 EV’s range.

See Also: Flagship Electric BMW i7 May Pump Out Over 650 HP 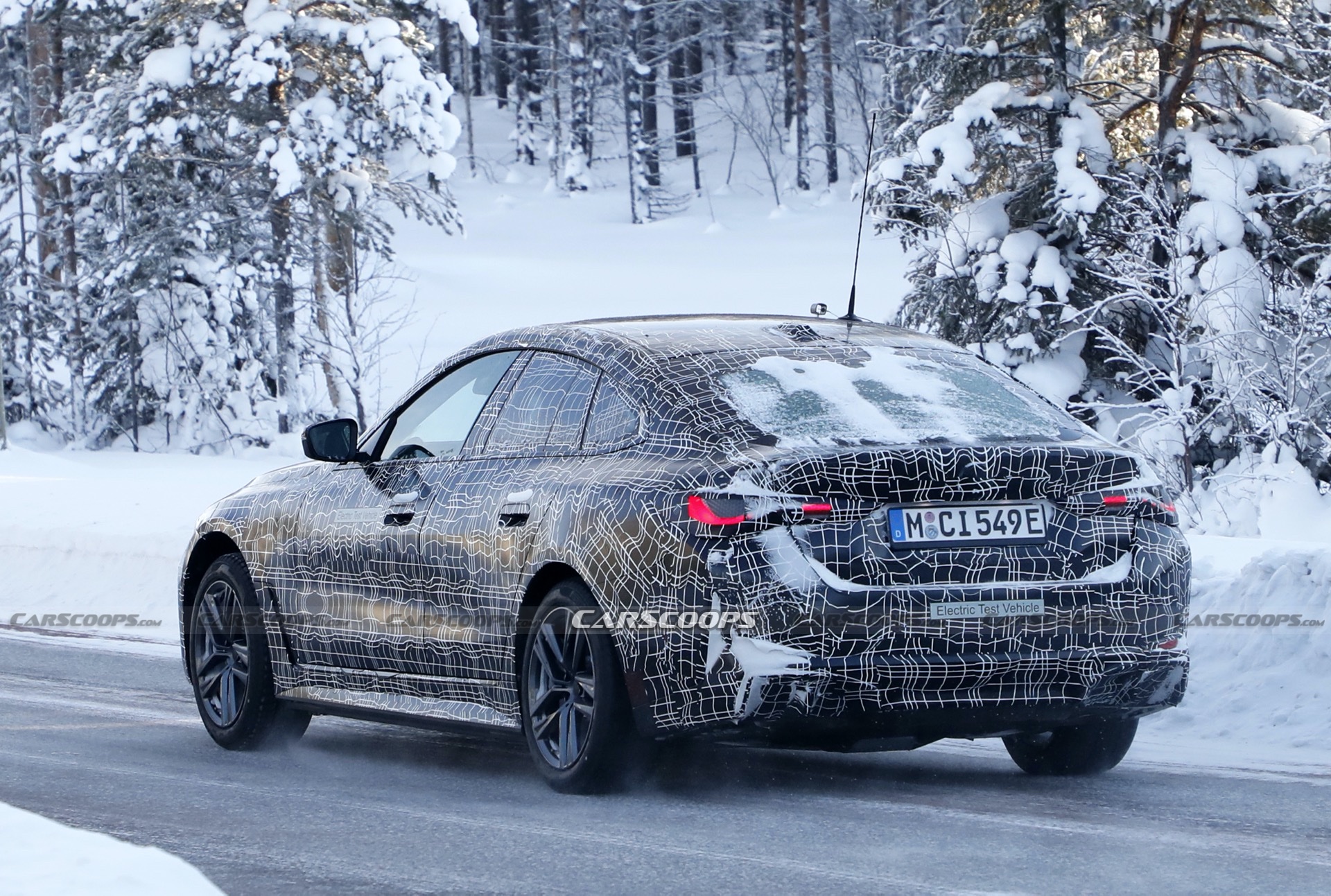 We also know that the i4 will have an M variant, thanks to BMW’s earlier confirmation. Power output from an i4 M (or i4 M50) could be in the region of 530 horsepower from an already-confirmed 80 kWh battery. BMW has also stated that the i4 will sprint up to 62mph (100 km/h) in just 4.2 seconds. Top speed will be limited to 200 km/h, and the range according to the WLTP standards is said to be about 600 km (around 373 miles). Such a performance version would likely feature two electric motors and all-wheel-drive.

In addition to the range-topper, BMW Blog reports that there will also be an entry-level model called the i435. The i435 is expected to have one motor, and rear-wheel drive as well as an output of approximately 280 hp (209 kW / 284 PS). Next up could be the i440, which will also be single-motor rear-wheel drive. It will reportedly output around 330 hp (246 kW / 335 PS), along with an “overboost” function as seen in the new Audi e-tron GT.