Infiniti confirmed today that the upcoming version of its QX60 crossover will feature a 3.5-liter V6 engine. The 295 horsepower unit will be paired to a silky smooth 9-speed automatic transmission.

“The all-new QX60 has a direct and linear acceleration feel,” said Dave Kiesel, manager of powertrain performance at Infiniti’s Arizona test center. “It gives the driver confidence to not only increase their standing start but also passing on the freeway and in the city.”

Sadly, the automaker is still keeping its cards close to its chest when it comes to the rest of the vehicle but promises that the driveline has been tuned to be as luxurious as possible. That will be important if its luxurious ambitions are to bear fruit.

“The upcoming, all-new 2022 Infiniti QX60 embraces the tenets of what our brand stands for,” said Peyman Kargar, Infiniti’s chairperson. “Teams from Japan and the U.S. have worked tirelessly to bring the new QX60 to customers as our most refined and advanced three-row crossover yet. The QX60 is a foundation for INFINITI and will bring to life our core philosophies. We’ll have more to talk about soon, so watch this space.” 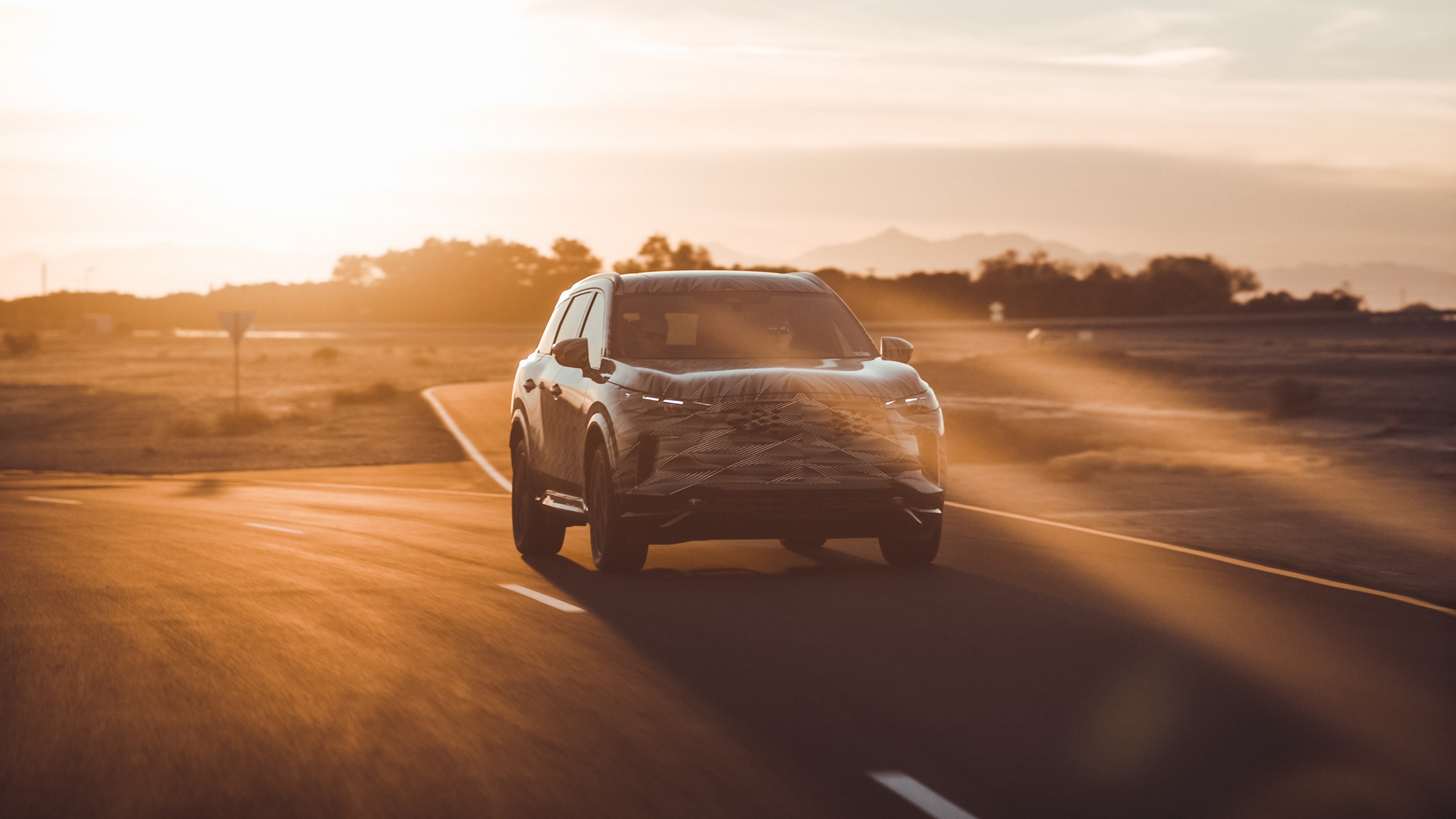 Infiniti says it has even been testing the weather stripping around the windows for quality, all in the pursuit of comfort. Indeed, Infiniti revealed today that it has added active torque mounts to isolate engine vibrations and to make the cabin quieter.

“The all-new 9-speed has a larger ratio spread — almost 10:1,” said Kiesel. “This gives the customer the ability to have a standing start performance that is confident and responsive.”

Sadly, a full reveal date hasn’t been announced yet, but if you want a better idea of what the new QX60 will look like, the company provided a big clue with the QX60 Monograph concept. Revealed in September, the brand described it as “more than a design study or concept” at the time.

More in line with Infiniti’s modern design than the outgoing, nine-year-old QX60, this new version promises better looks as well as a “sense of muscularity and a commanding presence.”

If you think the engine and gearbox combination sounds familiar, meanwhile, that’s because it’s the same combo you’ll find in the new Nissan Pathfinder and Frontier. Revealed earlier this month, the 2020 Pathfinder was already available with the combo before the new model dropped.