Buried in a paragraph way down in a Chevy press release about the Daytona 500, was a fun little announcement for the 2022 Camaro. It will come in Rapid Blue.

Beyond being a playful shade of light blue, the paint code was also exclusive to the C8 Corvette until now. If you’re curious about what it will look like, tune into this weekend’s racing in Daytona or take a sneak peek here.

Three Chevrolets endowed with the brand’s famed small block V8 will be pacing three events going on at the race track this weekend. All three cars feature a red, white, and blue livery, with the specific shade being Rapid Blue.

For model year 2021, the closest you could get is Riverside Blue Metallic, a much darker shade. Being a sporty car, though, there are other fun colors to choose from. Along with orange Crush, there’s Shock yellow and Wild Cherry Tintcoat, among others.

This weekend’s Camaro pace car, an SS 1LE, will lead the (and I could not have made this up) Xfinity Series Beef. It’s What’s For Dinner. 300 on February 13. A C8 Corvette with the Z51 performance package will pace the Daytona 500 on Sunday sporting the same livery.

Finally, a Silverado 1500 RST will pace the NASCAR Camping World Truck Series NextEra Energy 250 on February 12. It is also painted blue but Chevrolet has not suggested that it will be offered to customers with that color.

In all, there will be 1,370 hp leading the various races. The three cars were specifically selected for their engine, versions of which will also power a number of the cars racing. 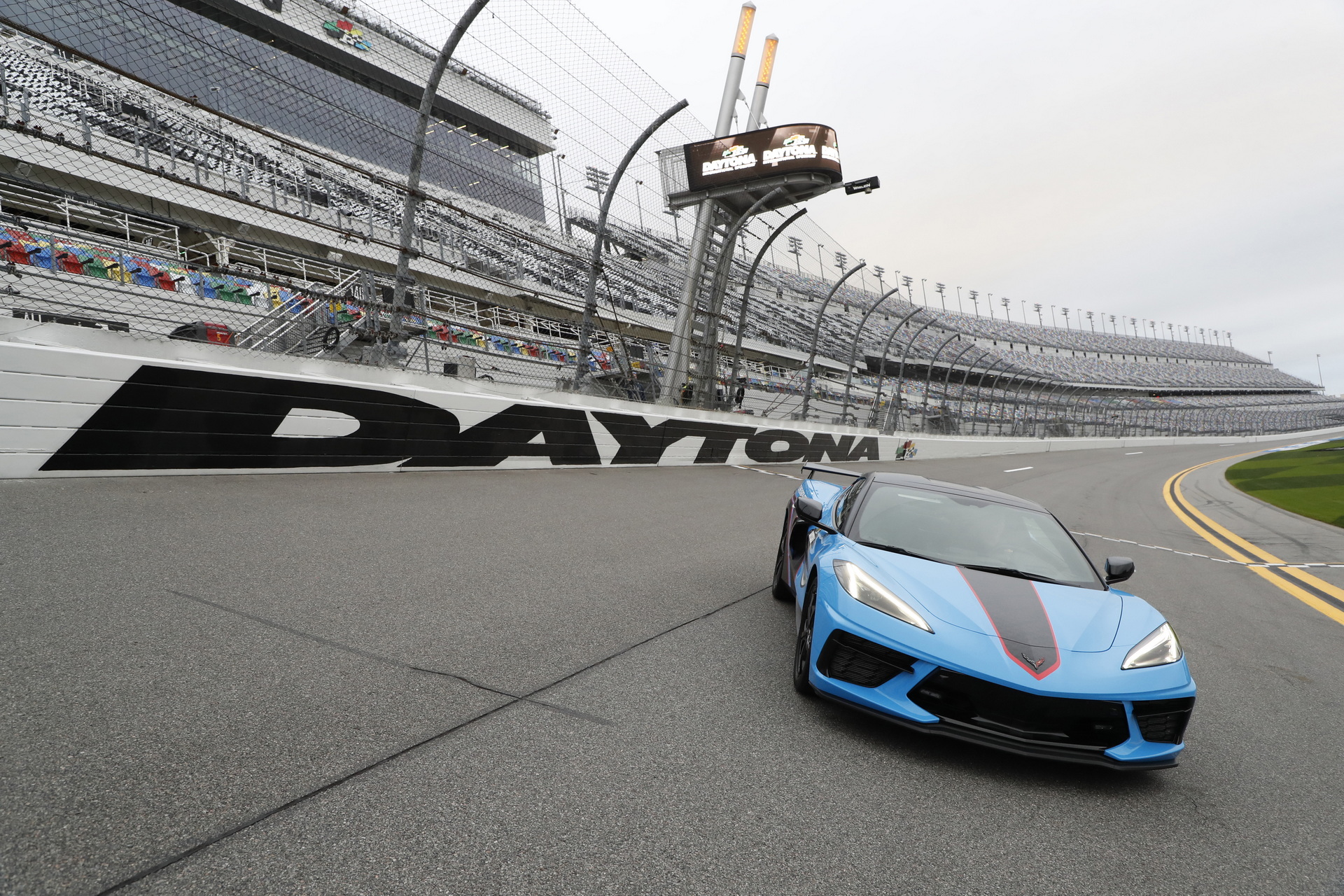 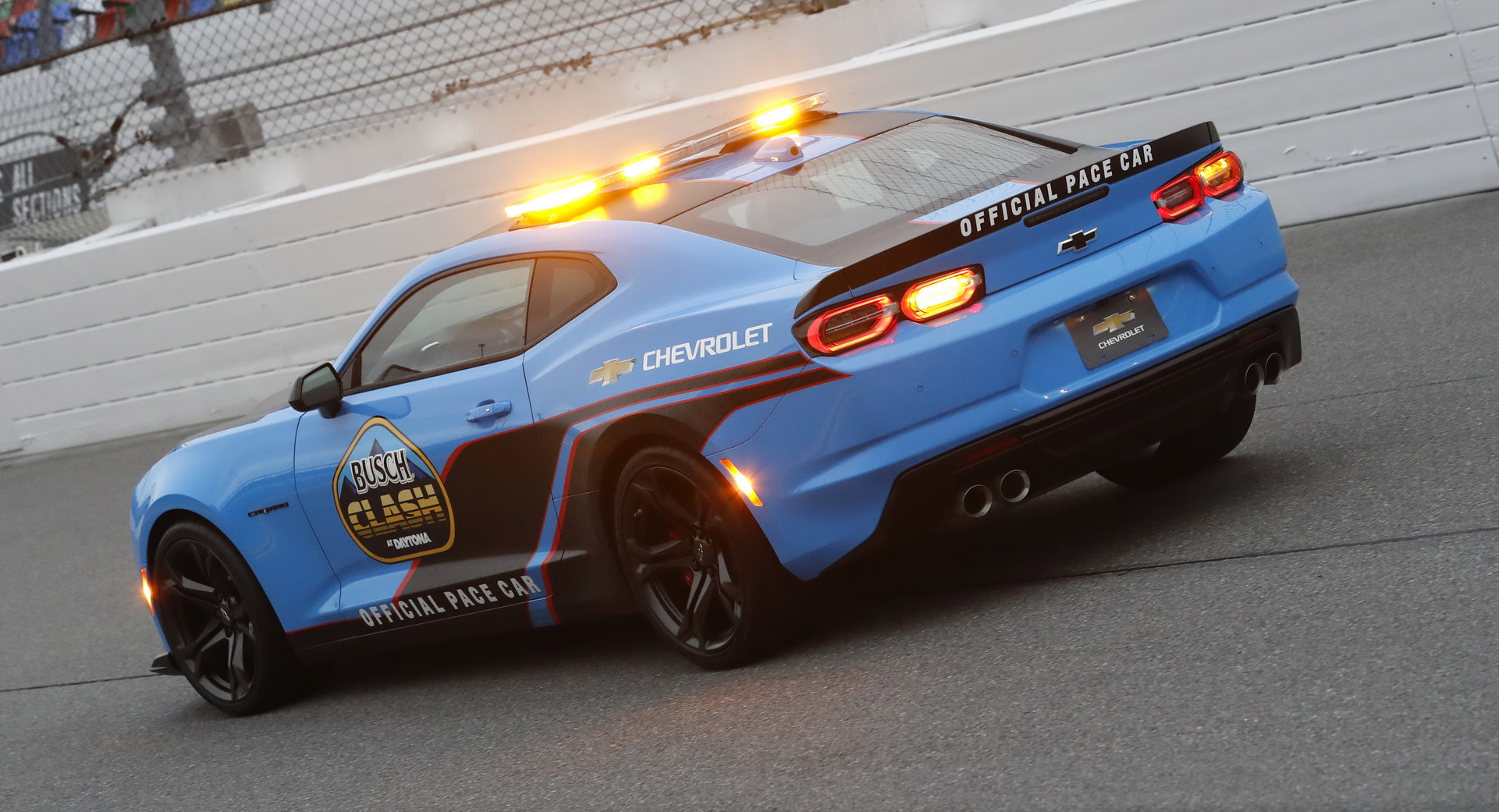