Applying some basic Photoshop magic to brighten up the image released by the British automaker reveals a profile similar to the brand’s Sports Series lineup which it will replace. We can also make out the big headlamps up front and thin taillights inspired by the Elva at the rear along with an aggressive-looking rear bumper and diffuser. 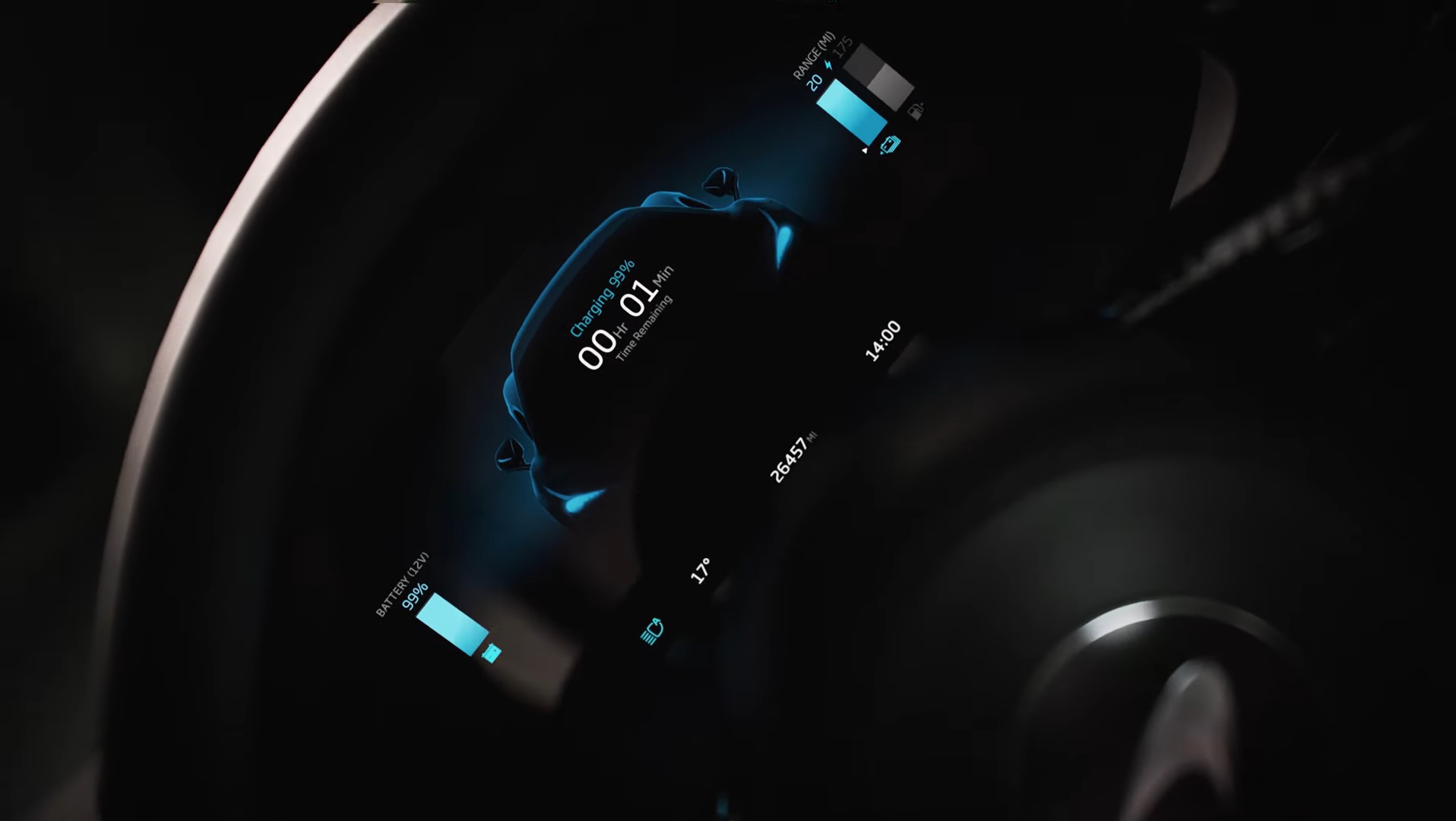 From one of the teasers, we can tell that the car will also have scissor doors, ‘McLaren Artura’ logo at the back between the two exhaust pipes, V-spoke alloy wheels (on the pictured example), McLaren-branded brake calipers, and a digital instrument cluster inside which has what you could call a ‘range-o-meter’, showing a max driving range of 20 miles (32km) on electricity and here, 175 miles (282km) on gas with around half a tank though.

It is also worth noting that the pictured example had 26,457 miles (42,578 km) on the odo, so it is a prototype that has seen a lot of ground testing.

The large side intakes will feed air to the all-new V6 internal combustion engine, likely with twin turbocharging, which will be backed up by an electric motor. The total system output produced by the plug-in hybrid powertrain is still unknown, but we should be looking at well over 600 HP.

Built on a completely new platform, named the McLaren Carbon Lightweight Architecture (MCLA), the Artura will be their first mainstream hybrid as the P1 was a limited production run model.

Subsequent to the presentation due next week, the Artura is expected to go on sale later this year.