Nissan is in the midst of a product blitz, which has seen the company introduce a slew of new vehicles including the Rogue, Sentra, Frontier and Pathfinder.

More models are on the horizon as Nissan is planning to bring ten vehicles to market in just 20 months.

That’s a ton of activity and it means the company’s camouflage team has been working overtime to disguise upcoming vehicles. It’s a constant battle as spy photographers try to get revealing shots, while automakers want to things under wraps until a vehicle is introduced.

Also Read: It’s The Dawn Of A New Frontier As Nissan Pulls The Wraps Off Their Bigger And Badder Mid-Size Pickup

As part of this effort, Nissan has used more than two miles (3.2 km) of adhesive camouflage in less than a year. The automaker notes they use a variety camouflage patterns and assigns them randomly.

The camouflage is designed to make it difficult for cameras to focus, while also hiding the lines of upcoming vehicles. Of course, that’s just part of the disguise as prototypes can be outfitted with padding to hide shapes and components such as the grille on the new Pathfinder.

The team also adds tape around the headlights to disguise their appearance, while the interior is covered to prevent photographers from taking revealing pictures. Despite their best efforts, sometimes the camouflage comes off and reveals secrets the company wishes competitors and the media didn’t know. 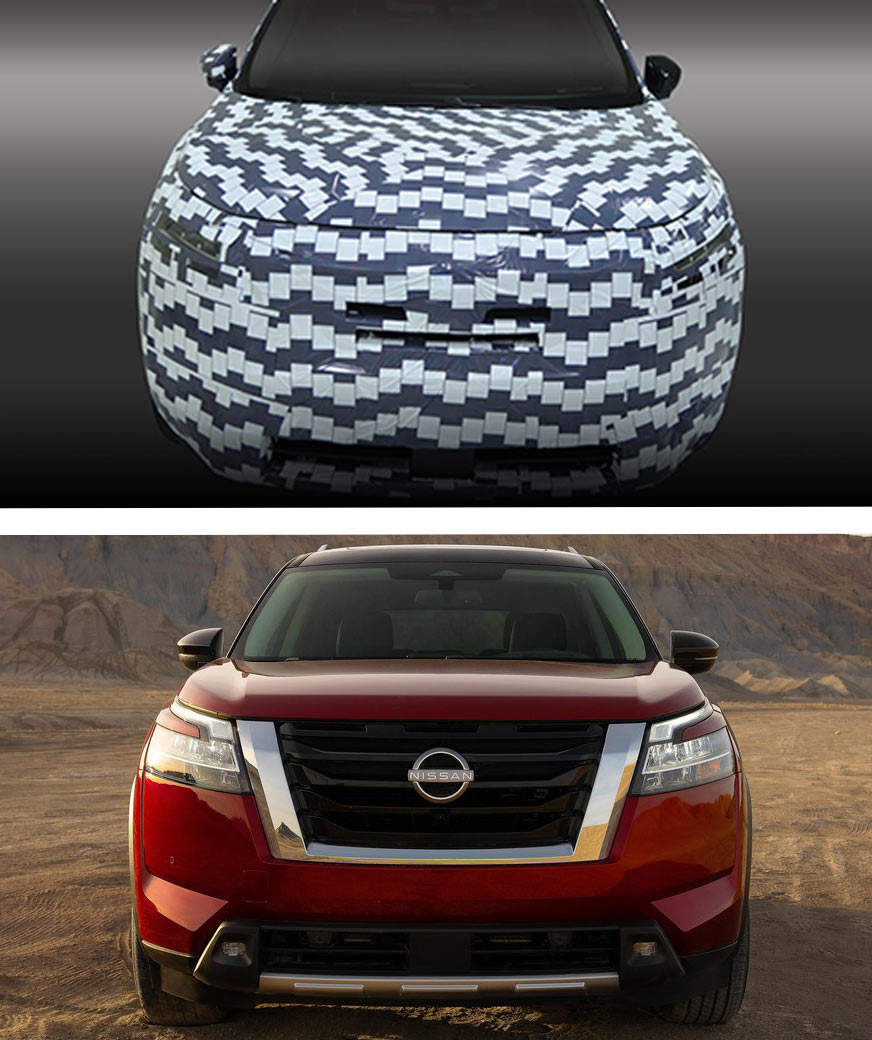 Spy photographers are just one ‘threat’ as images taken by employees and suppliers can be especially damaging – just ask Ford. To counter this, vehicles are hidden underneath special drivable covers even when being transported inside Nissan’s own research and development facilities.

The ultimate goal is to try and ensure the unveiling of a new vehicle is a truly “momentous occasion.” However, this is easier said than done as new vehicles need real-world testing and this exposes them to spy photographers and countless other people with cameras on their smartphones. 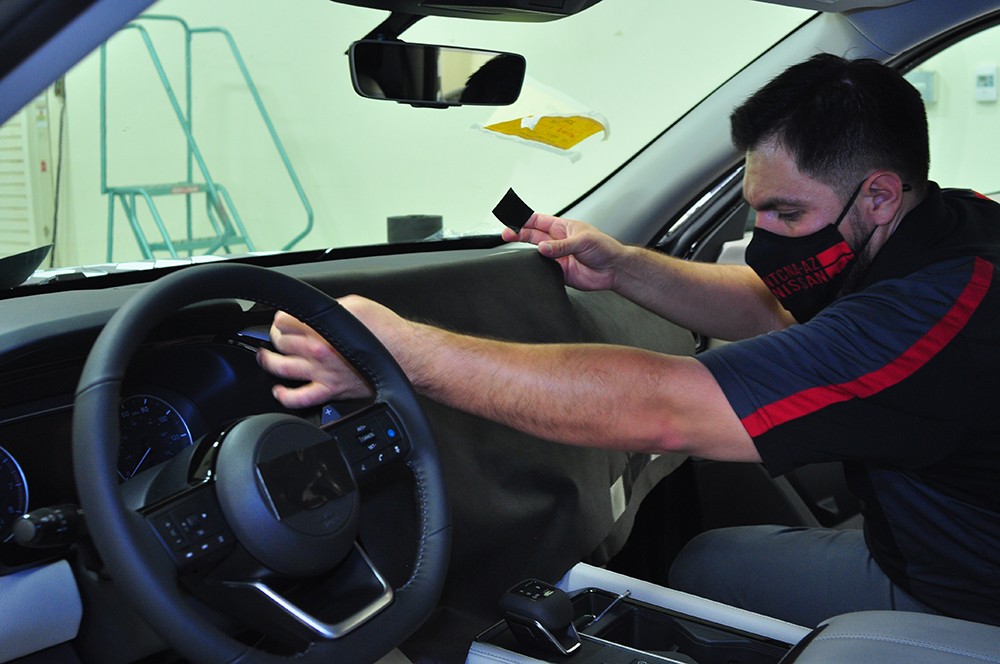