In what might be one of the most dangerous announcements for fans of classic cars, Bring a Trailer has announced its shipping service.

The service will add a real-time shipping quote button to its postings. That means that not only can you find that classic car you’ve always been looking for, the one excuse you had for not making a horrific financial mistake on it is gone.

The service will include a flat-rate, door-to-door shipping quote with the promise of no hidden fees. This, argues BaT co-founder Randy Nonnenberg, will help buyers factor shipping costs into the price of the car.

“We are excited to launch BaT Shipping to make transporting cars quicker and easier,” said Nonnenberg in a statement. “This is a fully-featured quoting, payment, and vehicle tracking tool built right into your Bring a Trailer user account.”

The quote can be gotten at any point in the auction and bidders can pick between open and closed trailers depending on your budget.

“Anyone considering bidding can get quotes on any live listing. And after you win, it only takes a few clicks to get things moving,” said Nonnenberg. “BaT Shipping is yet another innovation from our team that will make transacting smoother and easier for users of the platform.”

The service is already available on Bring a Trailer and if you do end up winning and opting for the shipping service, you’ll get a tracking code with real-time GPS data so you can see exactly where your new car is while it’s on its way.

Bring a Trailer was founded in 2007 and was purchased by Hearst Autos (owner of Road & Track and Car and Driver) in June of last year. Unfortunately, we don’t know what the winning bid was, but apparently, the reserve was met. 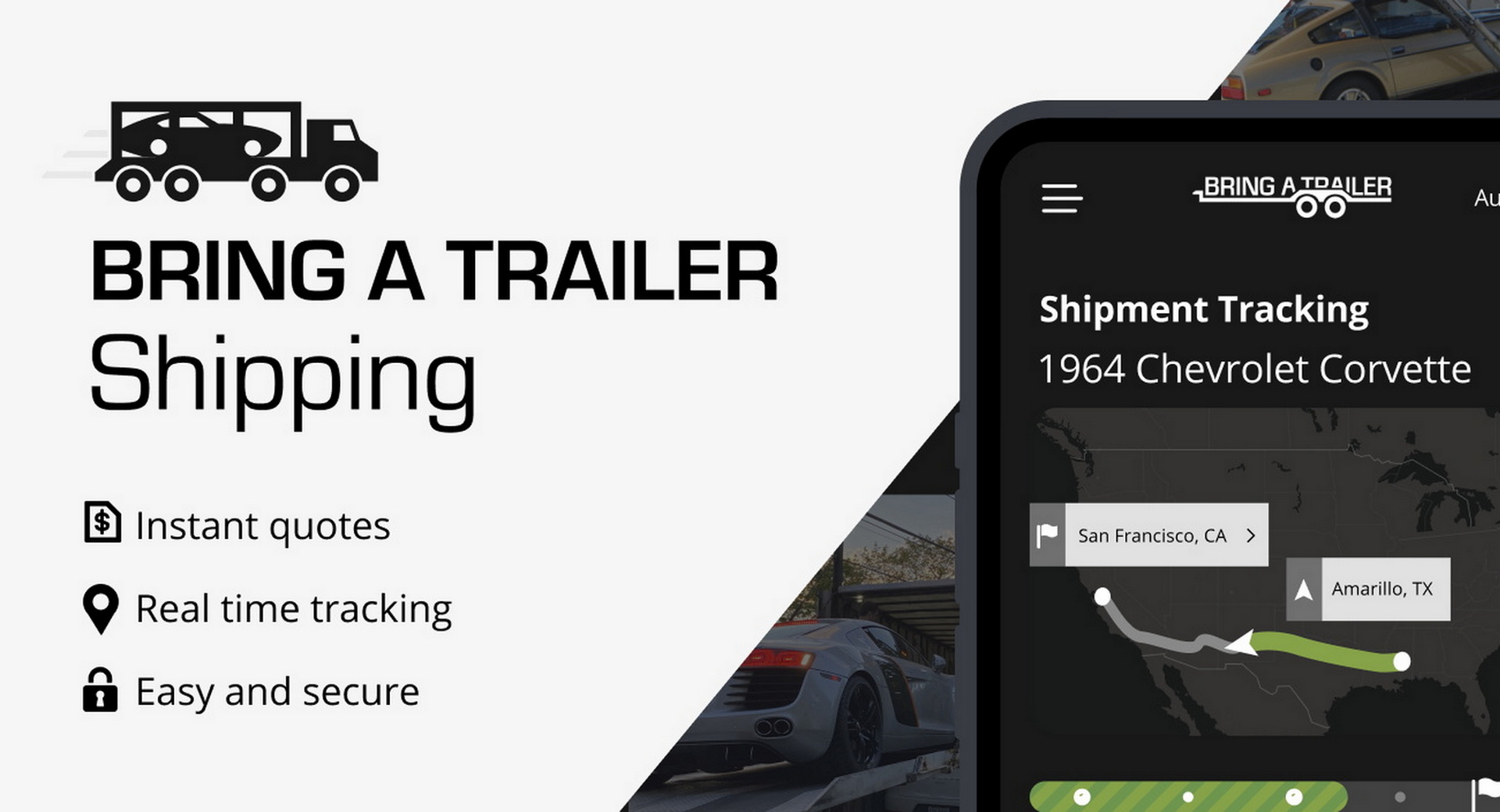