The Mercedes-Benz CL 500 was far from a track-day special when it was on sale yet despite that fact, one owner in the United States has seemingly tried to turn the car into a Time Attack weapon.

This particular CL 500 was recently spotted in New Jersey rocking one of the largest rear wings we’ve ever seen affixed to a car. Why, it looks even bigger than the wing used by the McLaren Senna GTR – and that one’s really big. 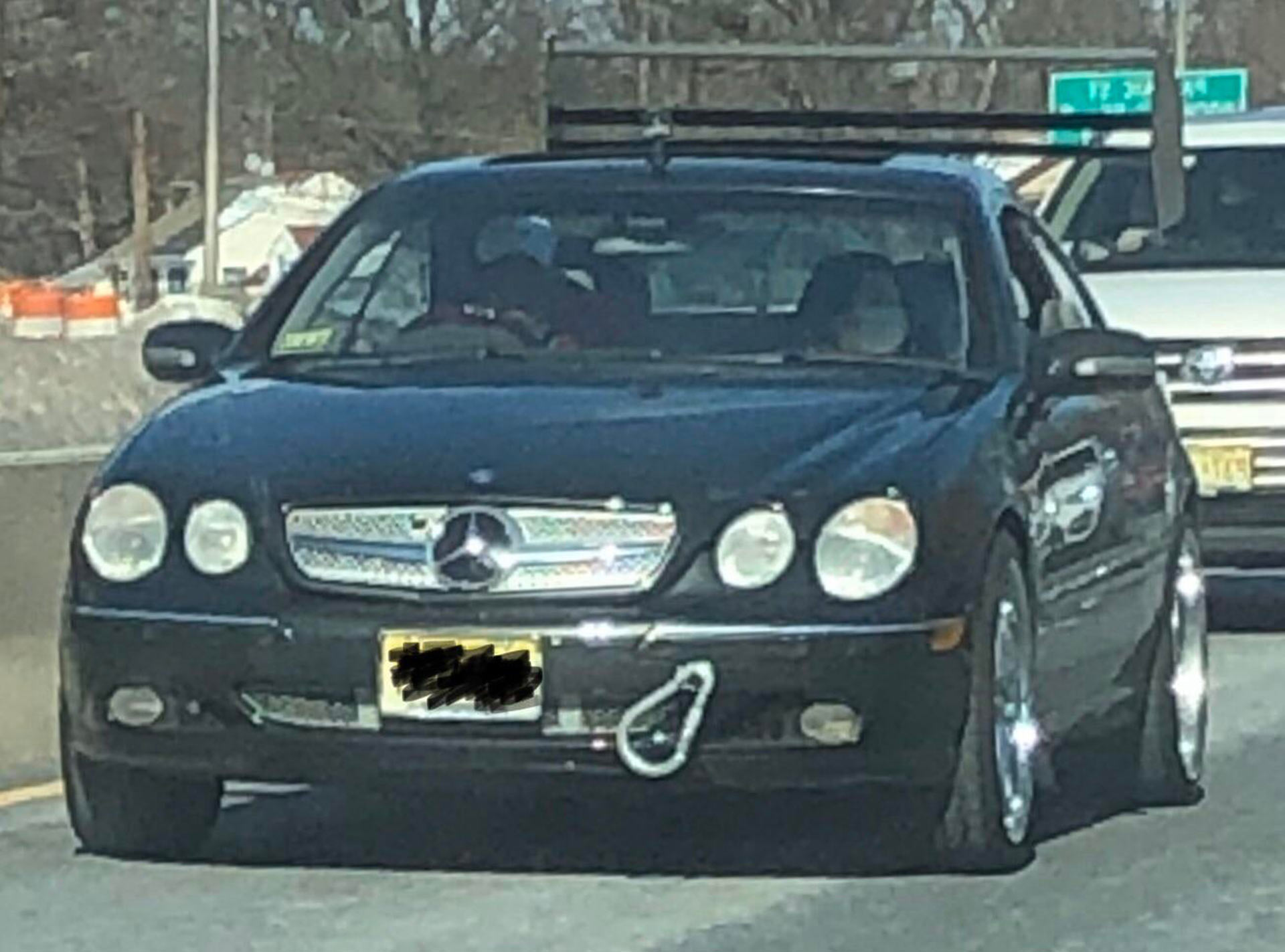 The wing doesn’t appear to be an off-the-shelf part and is handmade. It features towering uprights bolted down to the trunklid and looks to be made from sheets of steel or aluminum. As a Redditor points out, the wing has also been mounted backwards and probably fails to add any downforce to the car but instead operates as a massive airbrake, creating unnecessary drag.

The owner has made a handful of other modifications to the car, including the fitment of aftermarket wheels with chrome spokes and enlarged tailpipes.

Adding a rear wing to a car has long been popular among those trying to give their vehicles some added flair or improve its cornering prowess. Oftentimes, aftermarket rear wings can look quite nice, but that’s clearly not the case here. 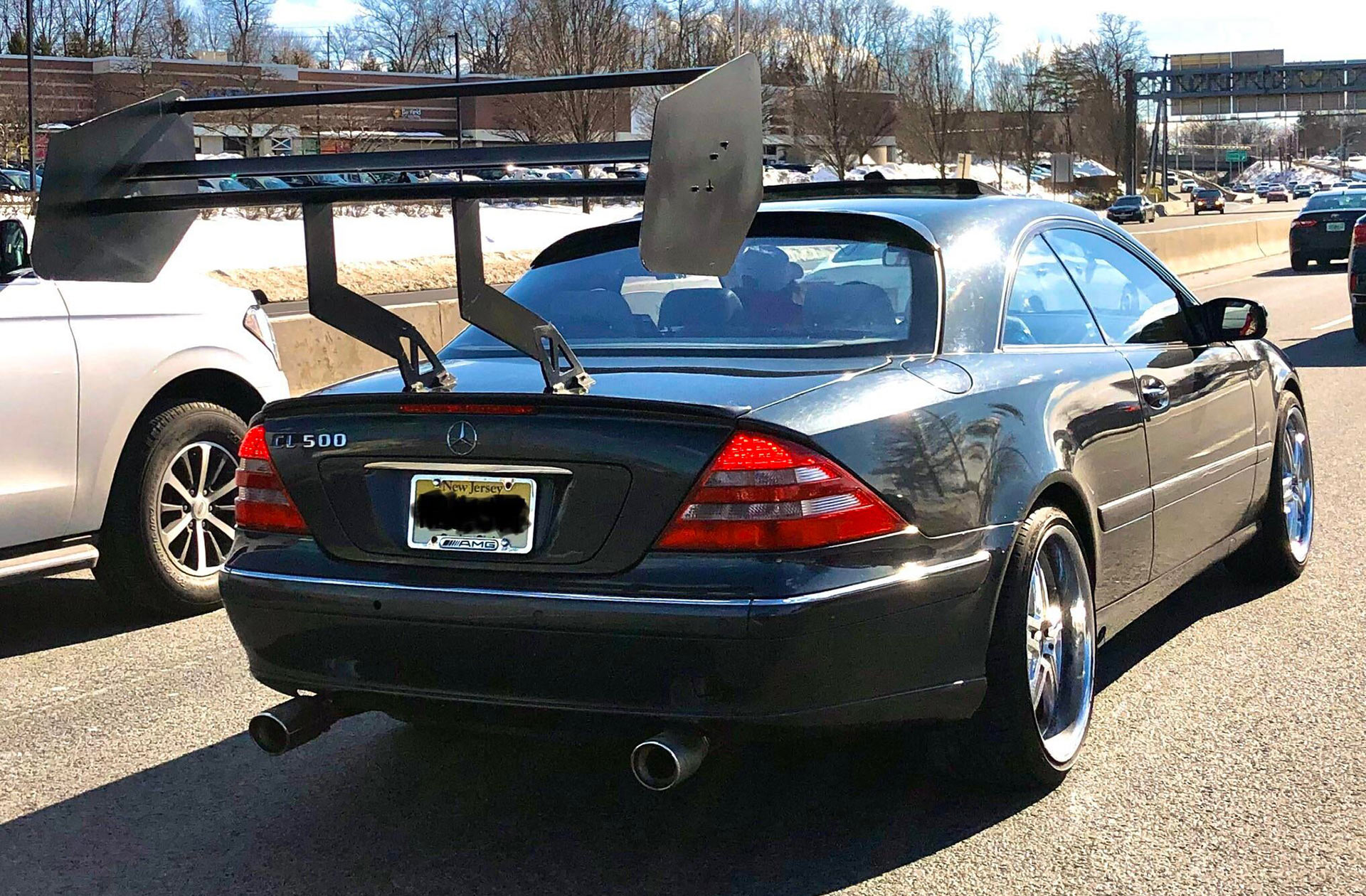