No, the photos you’re looking at have not been photoshopped. This is indeed a Jeep Grand Cherokee buried in a pile of snow and sitting roughly 12 feet above the ground.

These two images were recently snapped in Pennsylvania and quickly shared to Reddit where, unsurprisingly, they are attracting quite a lot of attention. As of yet, there is no clear explanation as to how the Jeep ended up in such a bizarre position but that hasn’t stopped some from speculating just what is going on here.

One Redditor claims that an auto shop near him intentionally dumps scrap cars on top of large piles of snow with employees placing bets on when they think the snow will melt and the vehicle’s tires will first touch the ground.

It’s certainly possible that the Jeep was placed on the pile of snow intentionally. This would make sense as the car doesn’t have a license plate, lacks a rear window, and it appears as though the front side windows have been left open.

Other users on Reddit assert that the Jeep may have been pushed into this position by an inattentive snowplow driver, but we have a hard time believing that. While a plow could certainly push a vehicle a couple of feet off the surface of the road and into a pile of snow, it seems unlikely it could push a Jeep this high.

What do you think is going on here? Let us know in the comments below. 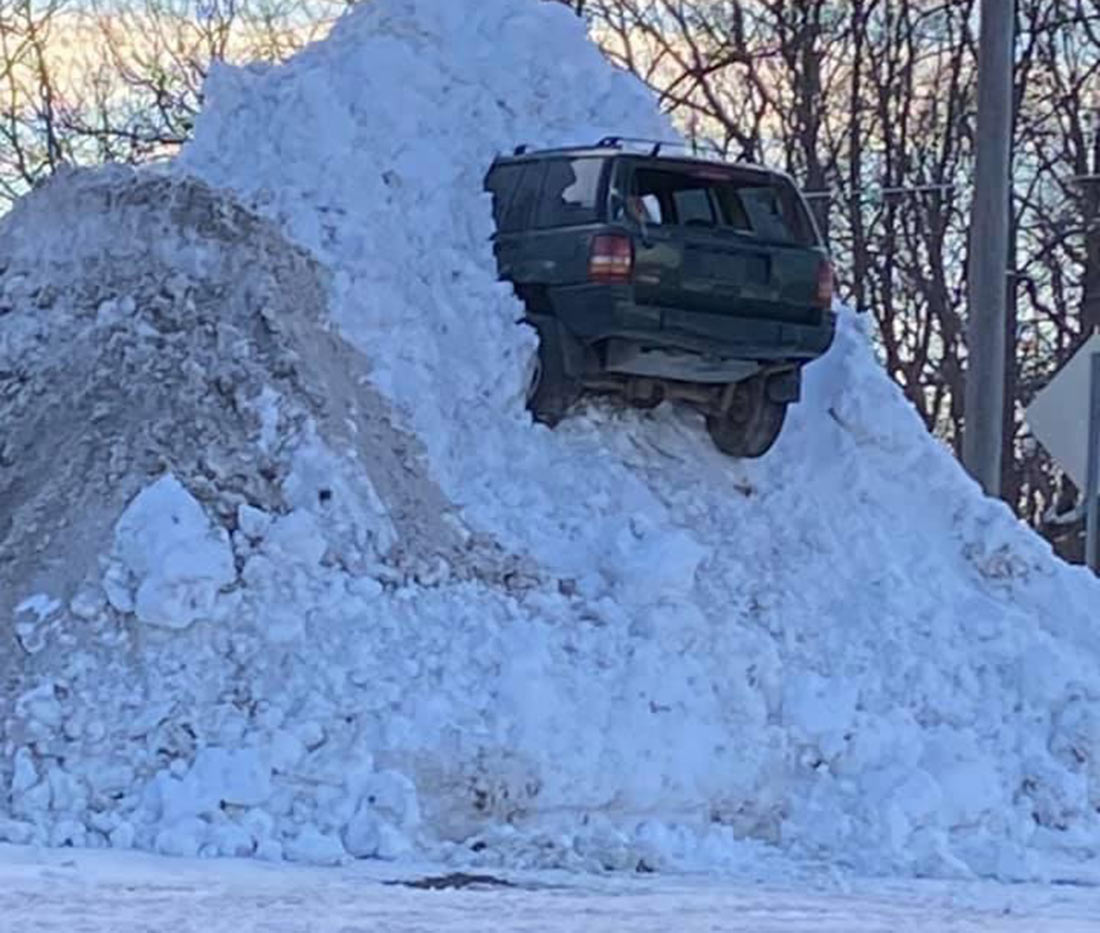