It didn’t take long for wrecked Chevrolet C8 Corvette Stingrays to start piling up at auction yards last year and now, we’ve come across yet another C8 ‘Vette that had its life cut short, only this time it is a Convertible.

Like most other damaged C8 Corvettes we’ve come across, this one has been listed up for auction on Copart and is finished in Rapid Blue. As always, the Copart listing doesn’t detail the crash that left the car battered and bruised like this. 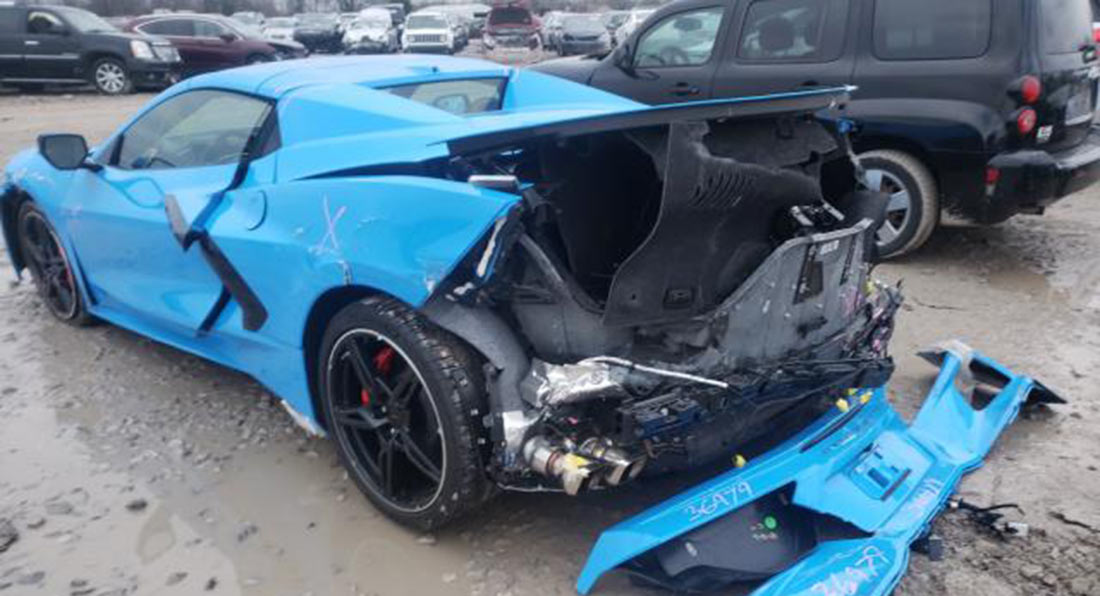 Most of the damage done to the car is centered around the rear end. Not only has the rear fascia fallen off completely but the engine cover has also been damaged. It’s reasonable to assume that the folding hardtop may also not work as seamlessly as it did when the car left the factory. Further damage has been done to the front of the car, with one of the headlights missing and various scuffs and scratches visible on one of the front wheel arches.

Customer deliveries of the C8 Corvette Convertible only started in August 2020 so the owner of this car clearly hasn’t driven it all that long before crashing it. In fact, the odometer reads just 1,348 miles.

Despite how bad the exterior of the car looks, the listing states that it still runs and drives, meaning anyone who ends up buying it could make good use of the engine and transmission – or, if they deem it financially sound, maybe even repair it.