If you have the spare money, owning a dedicated track car can be an excellent way to fine-tune your driving skills while having fun in a safe and controlled environment without the risk of getting sprung and fined by the police. The setup pictured is just about perfect for Honda enthusiasts.

These renderings come courtesy of Abimelec Design and were inspired by some photos on an old Honda forum that showed a guy using his Honda Odyssey to tow his Toyota AE86 track car. The design extraordinaire decided to take things up a notch by not only outfitting the Odyssey with some tasteful modifications but by replacing the AE86 with an S2000.

First things first is the Odyssey. While the minivan is far from Honda’s most desirable model, this example actually looks quite nice thanks to the eye-popping blue paint and the gold wheels. The Odyssey has also been lowered, giving it a whole new stance on the road. Then we come to the S2000 which has been adorned with even more modifications. 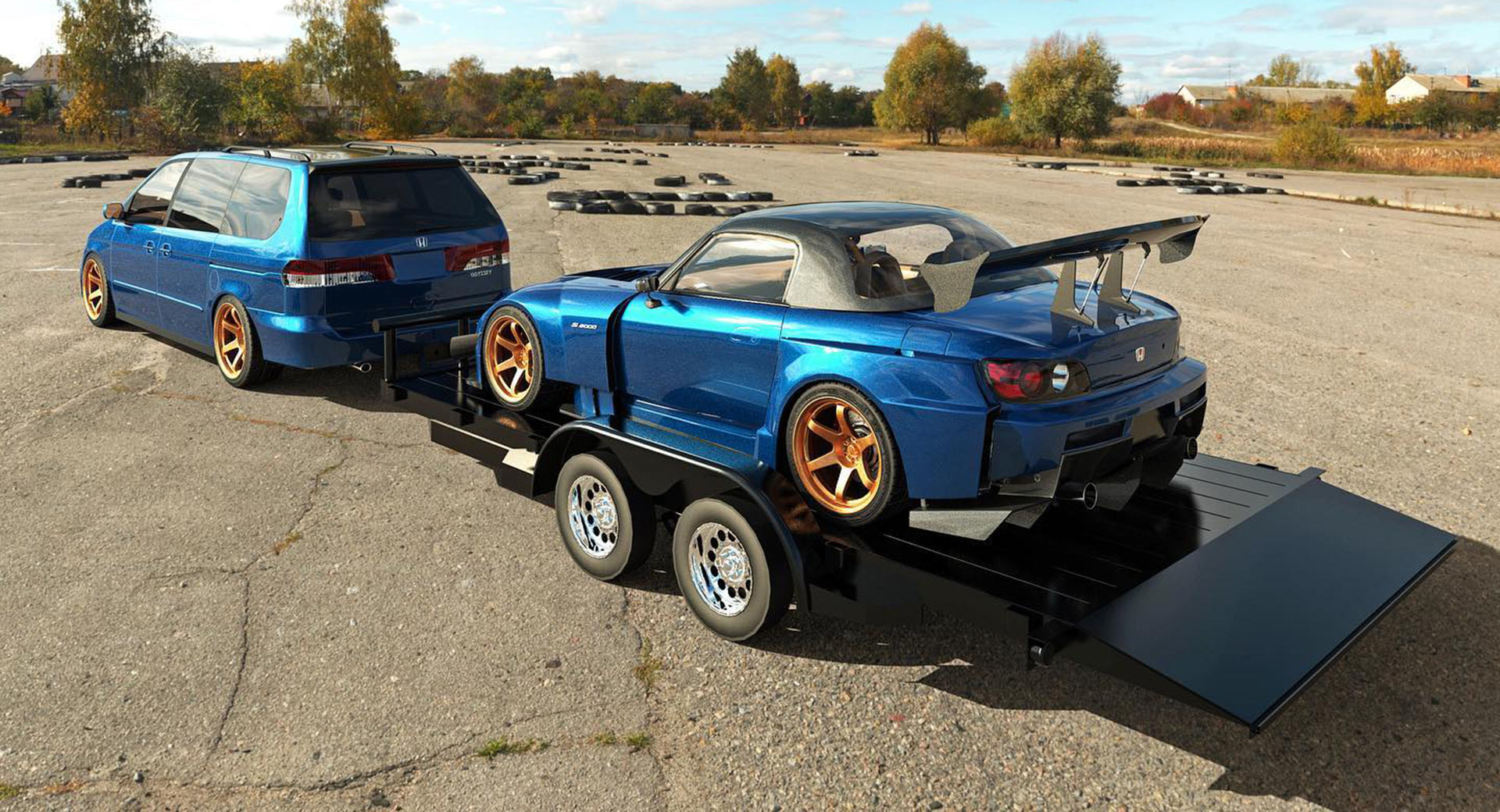 This S2000 has been inspired by the Amuse S2000 GT-1 Turbo from Gran Turismo 5 Prologue and incorporates a widebody kit that makes the Japanese sports car even more desirable. The car is also rocking an aftermarket hood, new wing mirrors, the same gold wheels as the Odyssey, carbon fiber canards, a carbon fiber rear diffuser, and a towering rear wing. It looks like the real deal and would no doubt be exceptionally capable at a track day.

Note: These are independently made CGIs by Abilemec Design that are not related to or endorsed by Lotus.