The new RS3 LMS is Audi Sport’s entry-level race car for the TCR category, which includes 24 national, regional, and international racing series and classes licensed worldwide. In addition, teams can use the RS3 LMS for other programs in different regions, particularly endurance racing.

Audi Sport’s latest race car features integrated body extensions into the body’s contours in a more harmonious and aerodynamically efficient way than its predecessor. The front apron of the new Audi RS3 LMS incorporates the air intakes of the revised cooling system for the engine and brakes.

For the very first time in Audi Sport, the engineers were able to calculate the aerodynamic components completely on computers using flow simulation, without using the wind tunnel.

Under the bonnet lies the fourth generation of the 2.0-liter EA888 four-cylinder engine, which features a stock engine block and cylinder head, crank drive, valve train, intake manifold, fuel injection, and turbocharger, per the TCR regulations. Only the valve cover breather with its oil separator is different from stock, as well as the exhaust system. There are two water coolers arranged horizontally one above the other. Audi Sport claims a power output of up to 335 HP (340 PS).

The six-speed Hewland sequential transmission comes with a new twin-clutch that now weighs 800 grams less than in the previous model, further reducing rotational masses and inertia. The newly-developed multi-disc differential’s locking effect can be adjusted by mechanics quickly and easily. 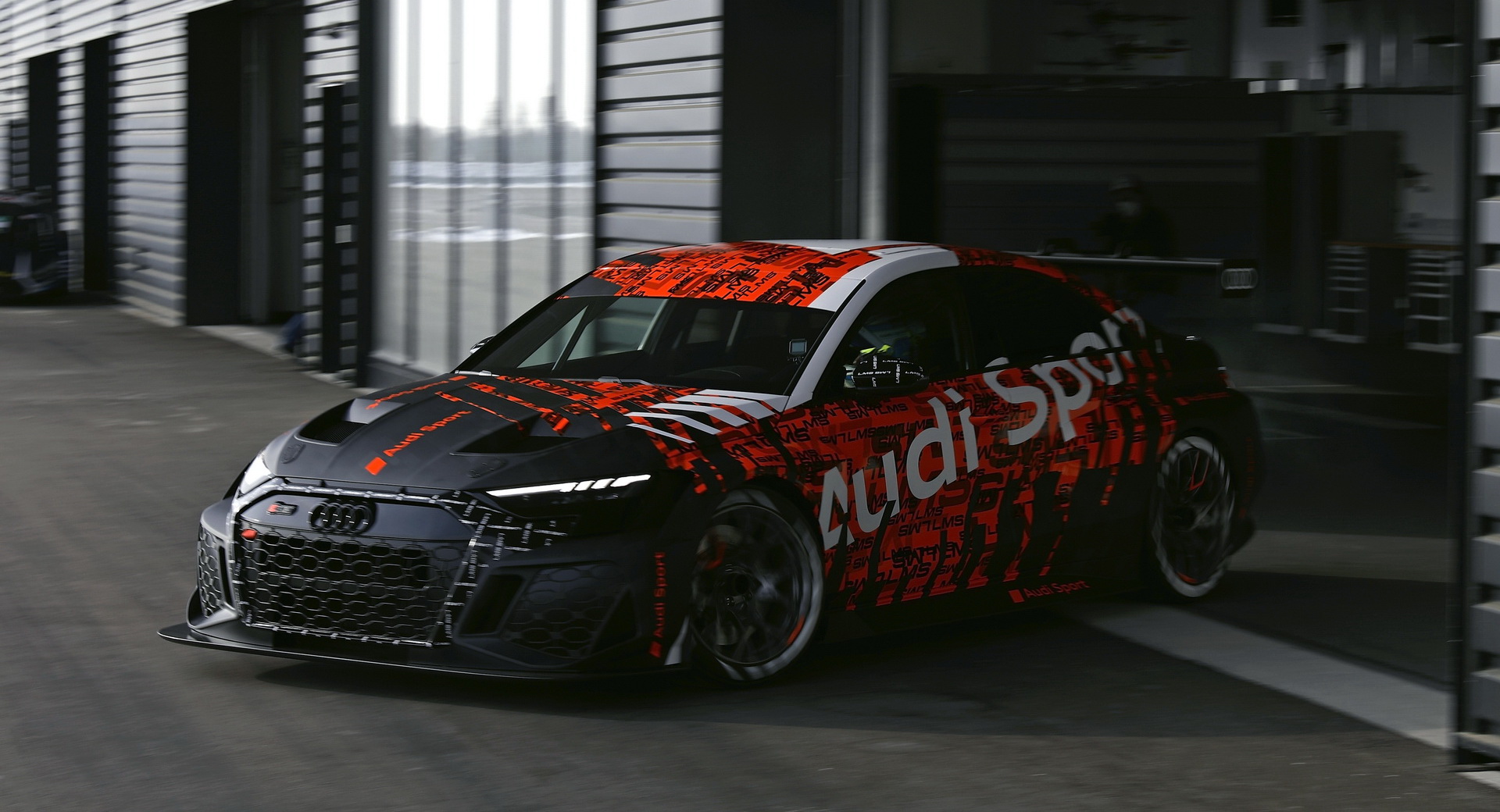 The Audi RS3 LMS has been a tremendous success for Audi Sport, with the previous model produced in 180 examples, which is a huge number for a customer racer. It’s certainly is the best-selling Audi race car around the world and the new model wants to continue this tradition.

Up to the end of 2020, the Audi RS3 LMS made 3,105 appearances in 1,051 races around the world. On average, there were almost three RS3 LMS race cars on the grid in each race, clinching a total of 764 podium places, including 279 victories.