Porsche is making sure that the Cayenne remains on the competitive side of the market by prepping the mid-cycle refresh of the third generation, which entered production in 2017.

Spied while testing on track, this prototype had its front and rear ends covered up. Some of the changes are obvious, even with the deceiving camo on, including the front end, which will feature a new bumper and most likely a set of smaller headlamps, considering that the clusters were surrounded by tape in an attempt to make them look bigger.

Also Check Out: Believe It Or Not, Porsche Has Rolled Out Its 1 Millionth Cayenne 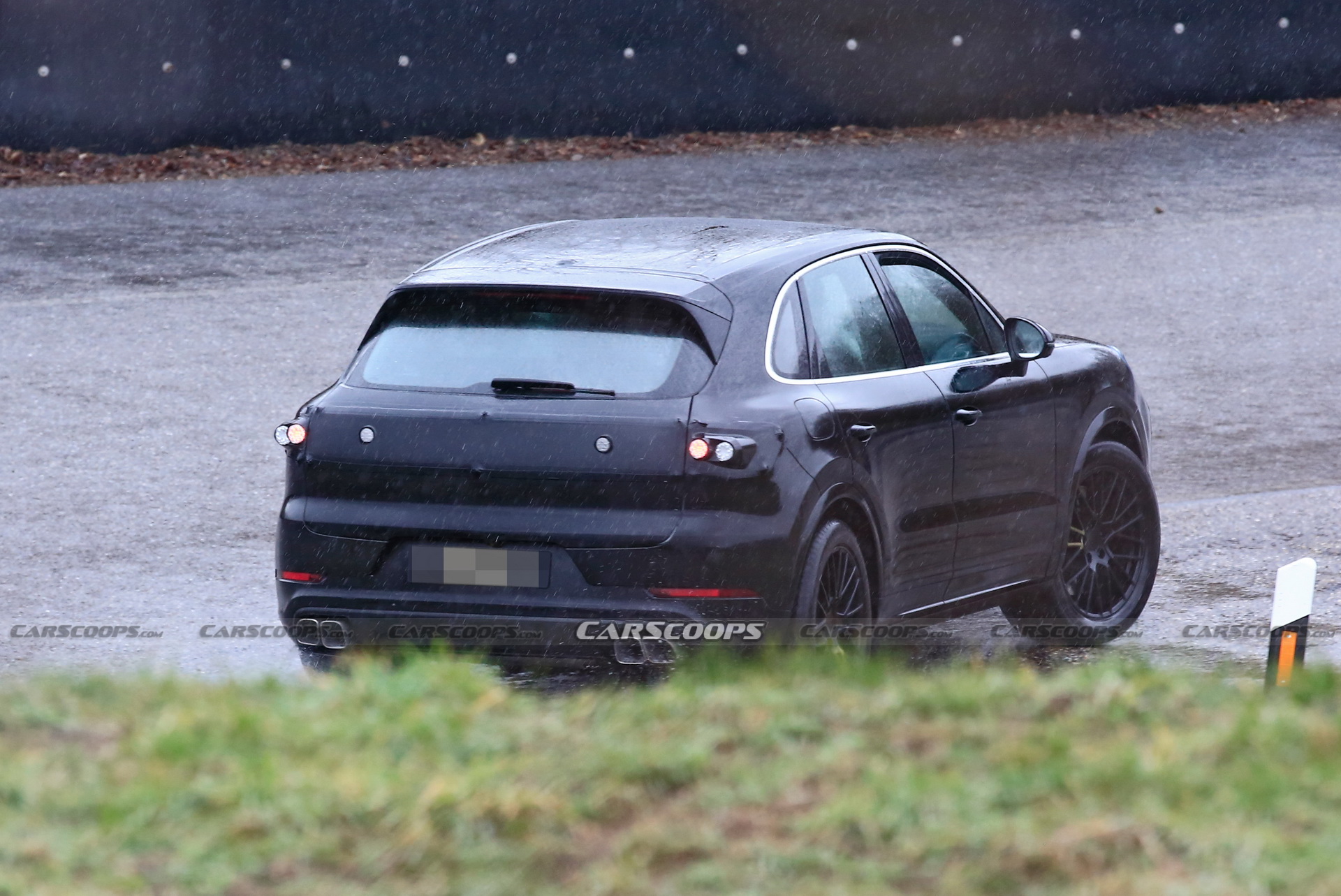 Don’t mind those tiny taillights on each side of the redesigned tailgate either, because they are not the final production units. While we cannot tell you how these will look like yet, we will move on to the most obvious change, which is the relocation of the rear license plate holder from the tailgate to the bumper, flanked by the reflectors. This move is understood to allow Porsche to play around with the lettering at the back, making it look bigger and/or bolder, but we will take this information with the proverbial pinch of salt until official confirmation arrives.

The Stuttgart carmaker is expected to make a few changes in the cockpit too, such as introducing a new gear shifter inspired by the latest 911 series and perhaps work on the infotainment system software and upholstery. Don’t look for any crazy upgrades under the hood either, though certain powertrains might be slightly improved.

Our spies believe the facelifted Cayenne will arrive around mid-2022.