The BMW iX3 has only started to touch down in select markets and already, the German car manufacturer is working on a facelifted model.

While the current iX3 is an all-electric vehicle, it is based on the regular X3 and therefore has many similar design traits to its combustion-powered counterpart. As BMW is also readying a facelift for the X3 and X3 M, it’s only fitting that the iX3 will also benefit from the same alterations.

This particular prototype, spied testing in Sweden, may have camouflage across its front and rear fascias but we can see that its headlights and taillights are slightly slimmer than the current model. No changes appear to have been made to the front grille but it is speculated that this prototype could be rocking an available M-Sport package, as evidenced by the new air outlets behind the front wheel arches. Black tape also appears to be hiding an M badge on the front fenders. 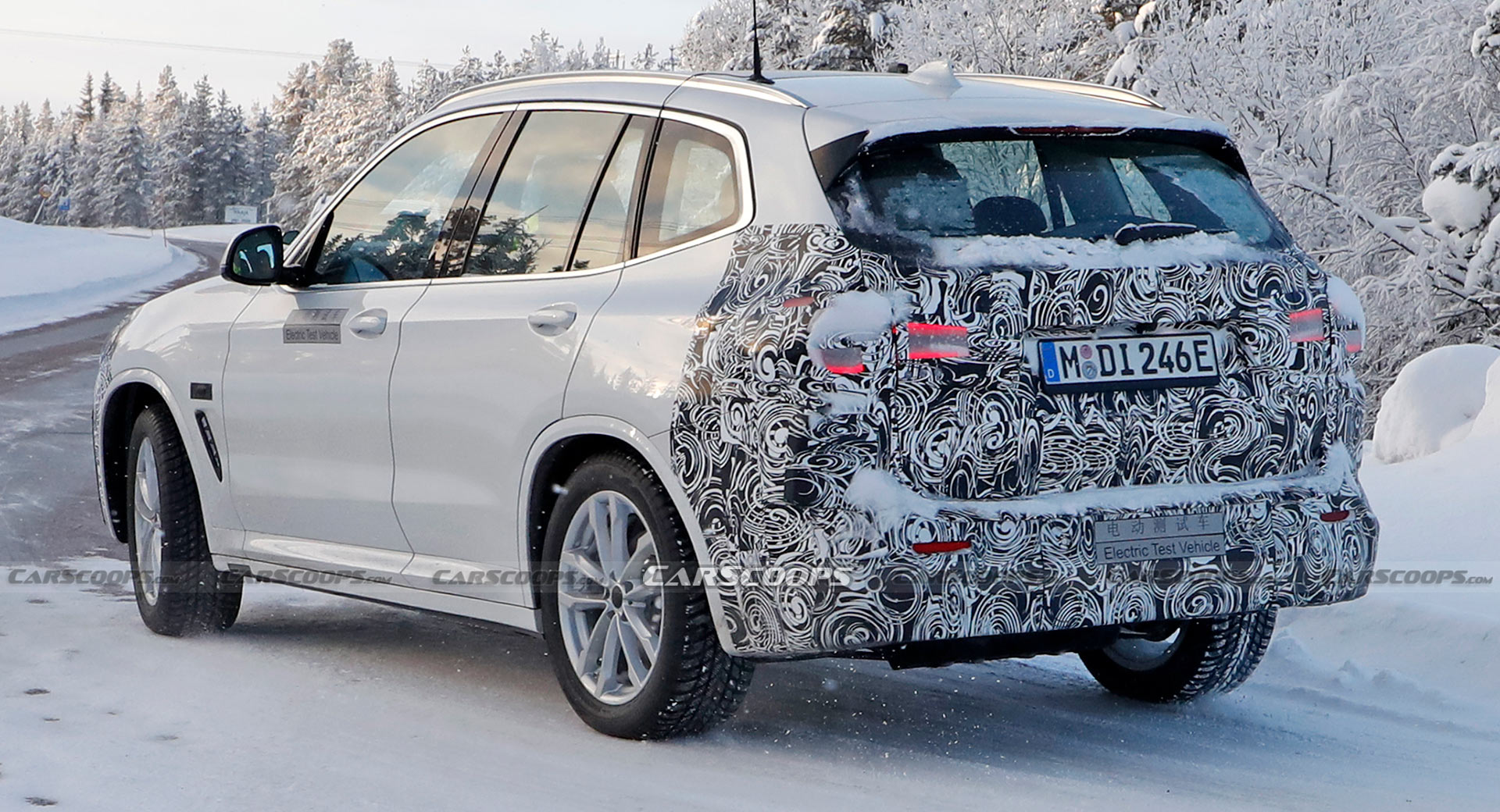 Our eagle-eyed spy photographers have yet to snap any clear images of the iX3’s interior but we do expect to see some minor changes made, most likely with the inclusion of some new materials and some tweaks to the infotainment systems.

In the gallery below, you’ll also notice a handful of renderings that preview the facelifted BMW X3 and iX3. While they don’t look dramatically different than the outgoing model, the design of the new daytime running lights and the new taillight signatures immediately catch the eye.

It’s unclear if BMW will make any mechanical alterations to the facelifted iX3 but we would be surprised if it did, given how new the vehicle is. If things are left untouched, it will continue to be powered by an 80 kWh battery pack with an electric motor delivering 282 hp and 295 lb-ft (400 Nm) of torque.