Cupra will launch a range-topping version of the Formentor that will be powered by an Audi Sport-sourced turbocharged 2.5-liter five-cylinder engine.

Named the Formentor VZ5, it will officially debut on February 22, just in time to coincide with the brand’s third anniversary as a standalone business, and if you live in Europe, then you should probably reach out to Cupra and reserve a build slot, because the company says that it will be a “limited-run addition” to the lineup. 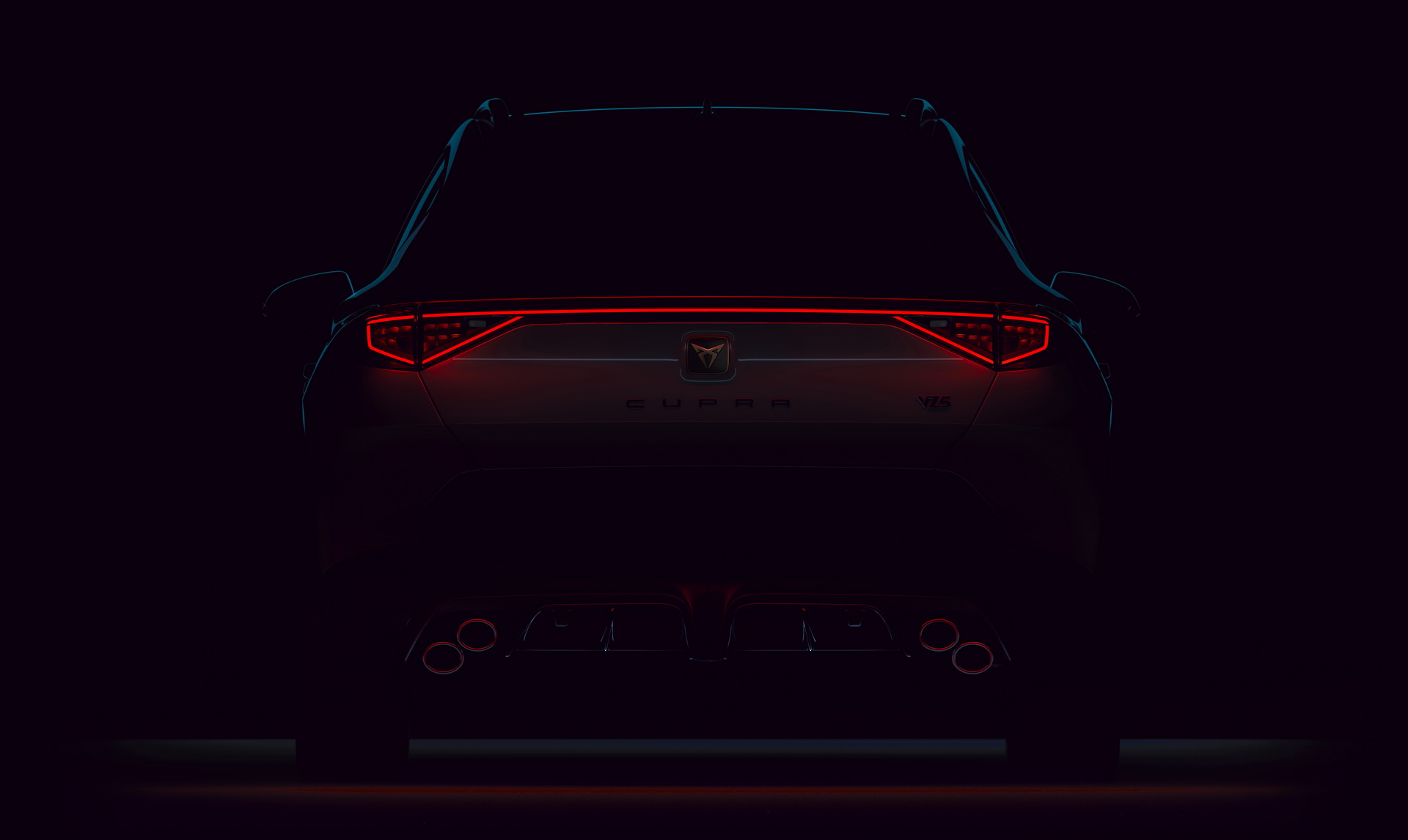 “The Cupra Formentor represents the essence of the brand, but the addition of an even more extreme five-cylinder engine to the family – along with seven other powertrains including performance PHEV – will mark it out as a true enthusiast’s vehicle – something the Cupra community is dedicated to delivering and will allow us to reach new customers”, the President of Cupra and Seat, Wayne Griffiths, said.

The teaser that accompanies the announcement shows the back end of the sporty SUV coupe with a more aggressive diffuser design that incorporates diagonally stacked tailpipes on each side. Another signature feature is the ‘VZ5’ logo added on the right side of the tailgate, next to the ‘Cupra’ lettering. The automaker will probably reveal other highlights of the car in future teasers.