Hyundai is in the midst of testing a tiny new SUV and for the first time, our spy photographers have managed to snap it from up close.

Known as the AX1, it is being developed exclusively for the Indian market and will sit below the Venue. Underpinning the small SUV is the South Korean automaker’s K1 platform and, as is evident from the images, the AX1 has a boxy, upright design.

Despite this prototype being covered in camouflage and body cladding, we can spot a prominent front grille, a split headlight design similar to the Venue and other Hyundai models, and a relatively flat hood. This prototype sports halogen bulbs, but it’s possible top trim-level models will feature LEDs.

Read Also: Hyundai Venue Gets A Manual Gearbox Without A Clutch Pedal In India 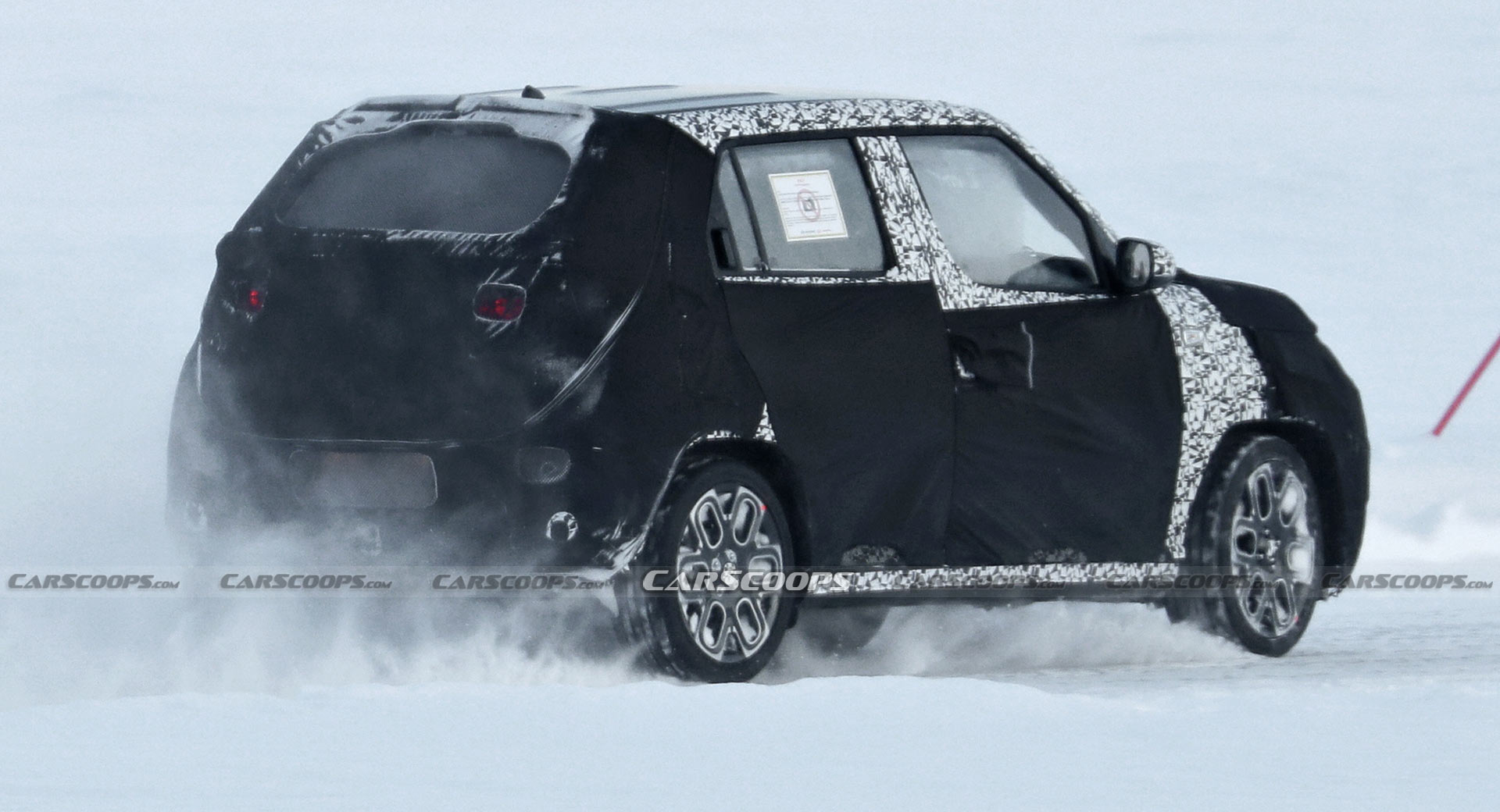 Viewed from the side, the first things you notice are the flat roof and angular A-pillars. We can also see that the front side windows are slightly larger than the rear ones and stretch further down the doors, while the rear door handles sit in front of the C-pillars. It’s a little hard to comment on the vehicle’s rear-end design given all the body cladding, but we can see that the sizeable hatch stretches way down on the bumper.

Reports out of India claim that the Hyundai AX1, which should be introduced later this year, will use a 1.1-liter engine that will allegedly be coupled to either a 5-speed manual transmission or a 5-speed automatic. This engine is good for 68 hp and 73 lb-ft (99 Nm) of torque. There’s a chance a second engine will be offered, namely a 1.2-liter petrol unit with 82 hp and 83 lb-ft (113 Nm) of torque.