VW Group CEO Herbert Diess is forecasting that global demand for new cars will see a significant increase in the latter half of the year, despite the global pandemic and the shortage of semiconductors that will negatively affect the carmaker’s first-quarter results.

Speaking to executives during an internal webcast, Diess told his managers that they should prepare for market demand to bounce back.

“I am looking forward to 2021 and I expect that the global economy will see an upturn in the second half of the year, by which time we should see ongoing vaccination programs take effect,” Diess said, according to Bloomberg. “Then I expect people to buy more cars. We should prepare for a significant upturn.”

This was Diess’ first webcast with top managers this year and was attended by new VW Group management board members Murat Aksel and Thomas Schmall.

Volkswagen dropped to second place behind Toyota in global sales last year but it managed to sell more electric vehicles than Tesla in Europe and is now preparing for the industry’s largest EV push yet.

The German carmaker will launch models like the ID.4 SUV, the Skoda Enyaq, the Audi E-Tron GT, as well as more variants of the Audi E-Tron SUV and Porsche Taycan. Diess said last month that the VW Group expects to sell around 600,000 battery-powered electric vehicles this year, and the ID.4 SUV accounts for 150,000 of them. The VW Group boss added that they will seek to protect margins while ramping up sales volumes.

Diess came to a significant agreement with key shareholders, including the powerful labor side, last December that includes lowering fixed costs and material expenses in order to make the VW Group more nimble.

“We have set ourselves the target of reducing overheads by 5 percent and material costs by 7 percent,” Diess said during the webcast. “This is necessary so that we have the strength to finance topics important to our future ourselves since our market capitalization and governance structure do not allow us to raise additional equity.” 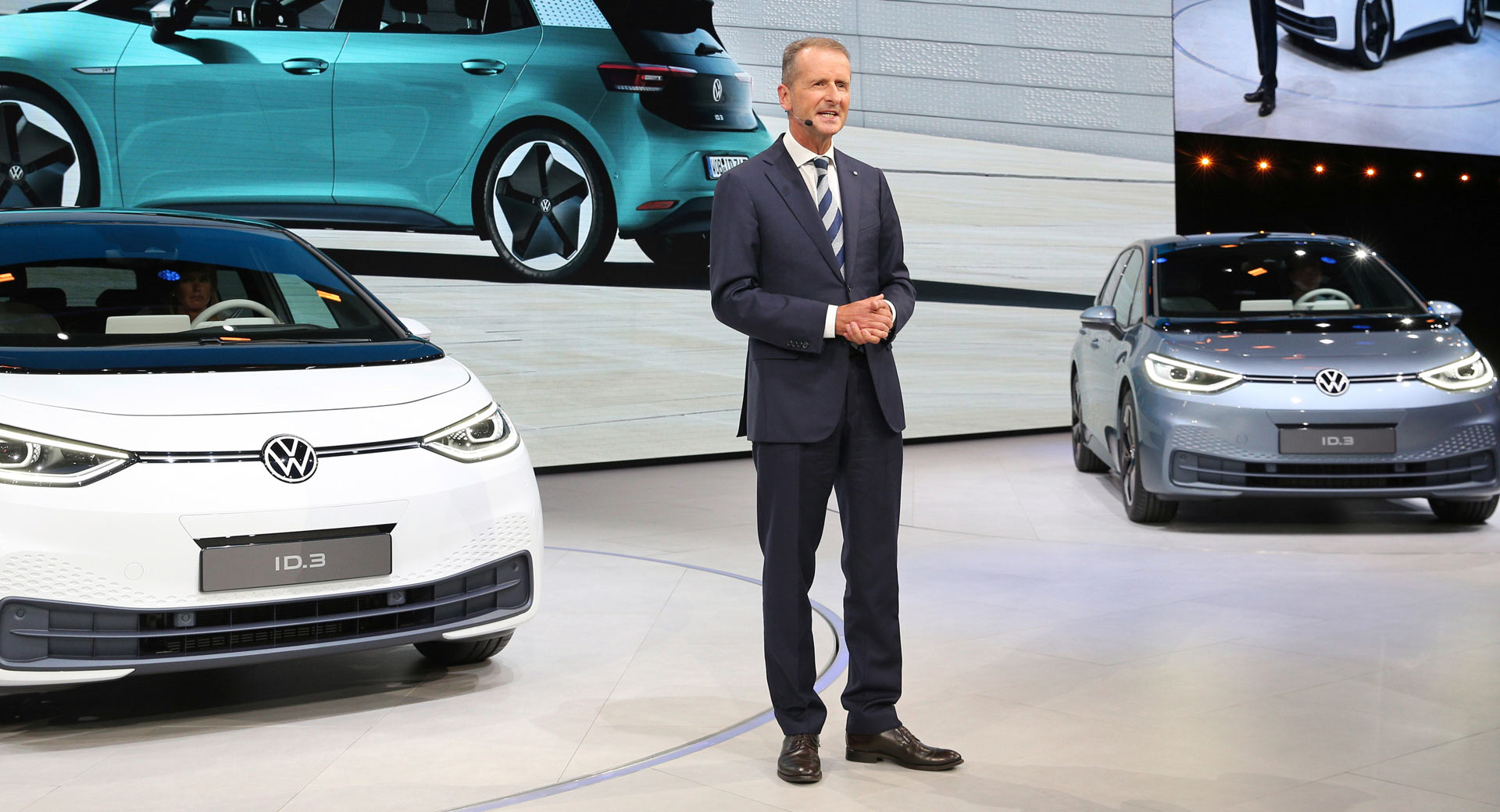