Ford has revealed a trio of all-new Bronco race trucks that will compete in this year’s King of the Hammers off-road race with an all-star driver lineup. 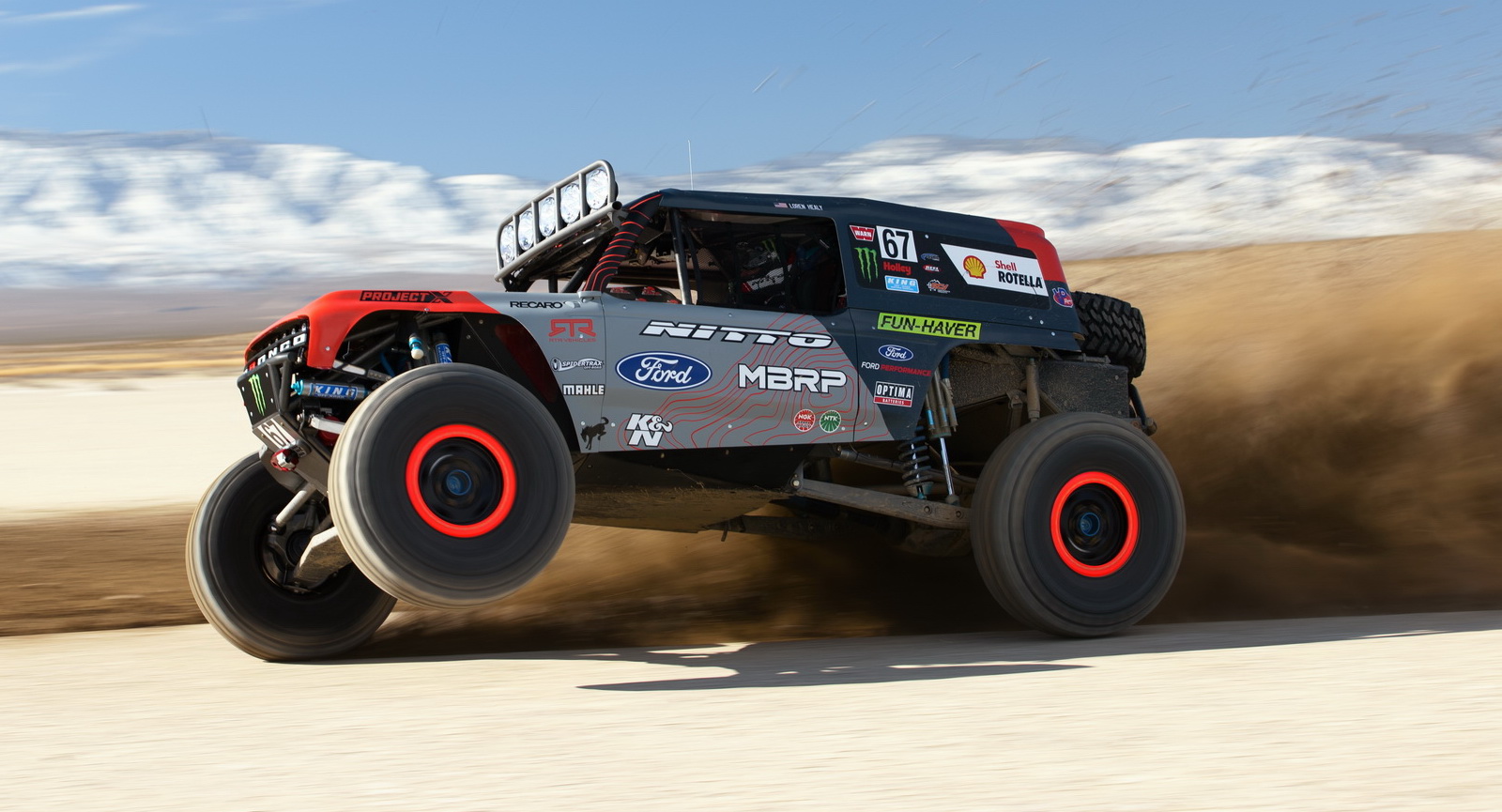 The King of the Hammers, which runs February 2-6 in Johnson Valley, California, consists of 90-mile courses across high-speed desert sands, and low-speed rock crawling across tricky terrain. It’s considered to be one of the most extreme off-road races, with 450 teams expected from around the world in both modified stock and extreme off-road vehicles.

“King of the Hammers inspired us to ensure every production Bronco model delivers the capability, durability, and high-speed off-road experience this growing off-road enthusiast community has been trying to create on their own,” said Mark Grueber, Bronco marketing manager. “These Bronco 4400 race trucks underscore our commitment to the Bronco Built Wild capability and innovation in the red-hot off-road racing scene.”

Ford To Reveal A New Bronco Model At The Race

Ford’s Bronco brand will also have several other vehicles on display at the race, including a never-before-seen Bronco model -making its debut on February 3-, the Bronco R Race prototype, and the Bronco Sport.

Ford will offer media drives of the 2021 Bronco Sport on site and passenger rides with the 2021 Ford Bronco two-door, and four-door models.