The Lamborghini Urus recently celebrated its third anniversary and it appears the company is working on a facelift for their high-performance crossover.

Caught undergoing cold weather testing, this particular prototype has a modified front bumper with a revised air intakes. As you can see, there’s a new notch at the top with a sensor in the middle. Further below we can see revised bars and new vertical intakes at the outside edges.

There doesn’t appear to be any other changes, but this is an early prototype and the production model could feature additional updates.  These typically include a new rear bumper and revised lighting units. 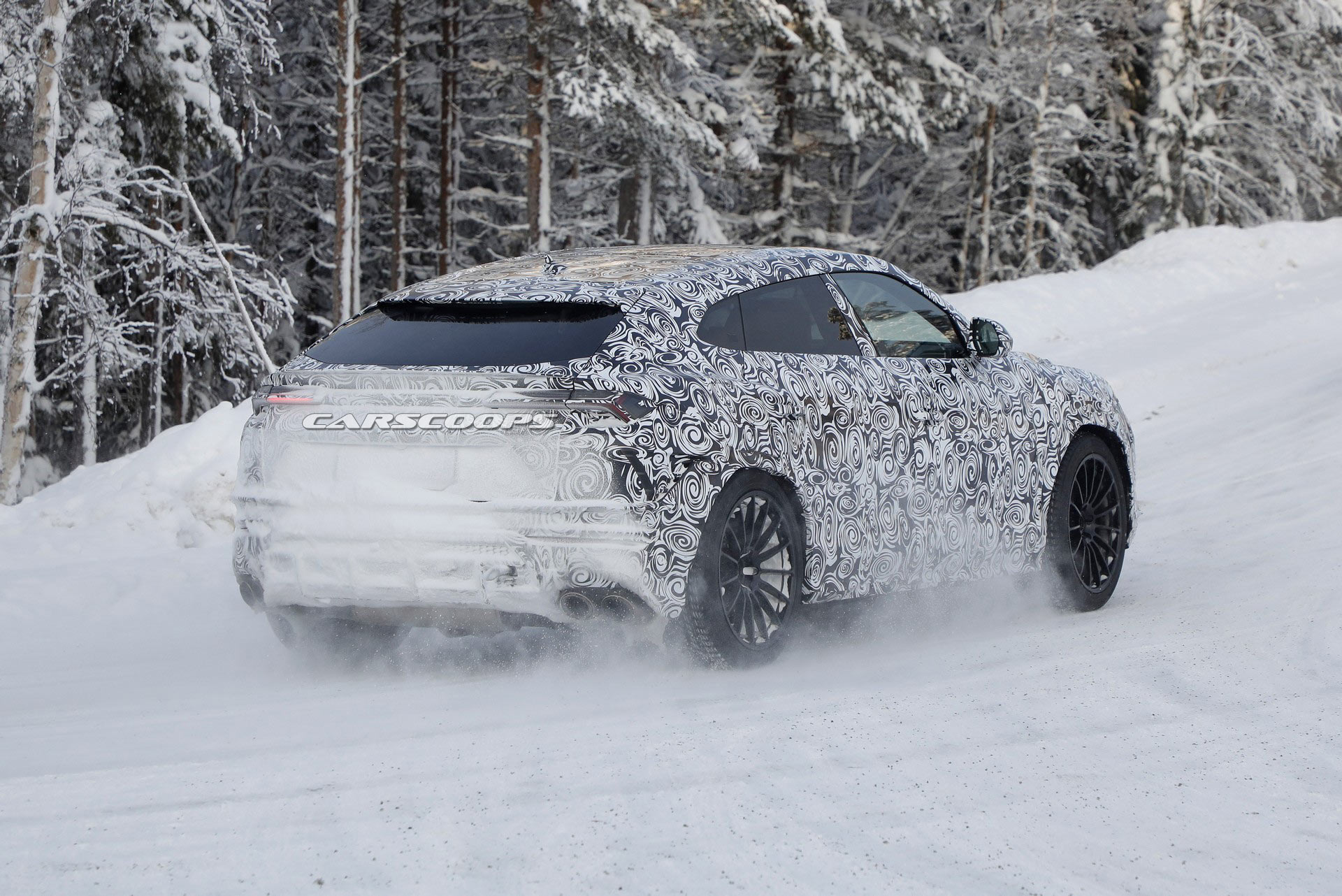 While spy photographers didn’t get a glimpse inside, interior changes will likely be limited. That being said, the crossover could benefit from an updated infotainment system and new driver assistance technologies.

While the twin-turbo V8 should carryover, Lamborghini might find a few extra ponies to play with. That’s just speculation at this point, but the company usually includes performance updates as part of their facelifts. This could be a good thing as the lowly Dodge Durango Hellcat features 710 hp (529 kW / 720 PS) and can run from 0-60 mph (0-96 km/h) in just 3.5 seconds.